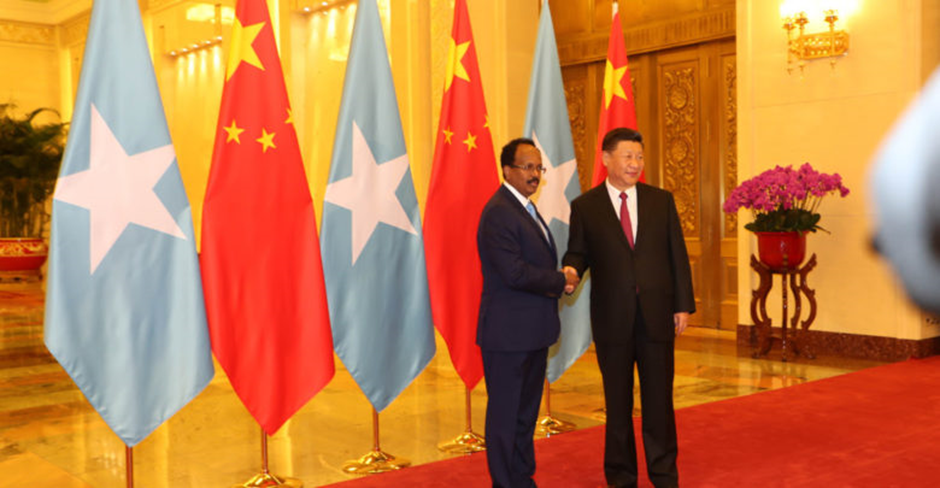 Somalia is unlikely to benefit from the China’s Africa initiative, argues Liban Ahmad

Sino-Somali cooperation dates back to the 1960s, when  Somalia was in its first decade of independence, and China in its second decade of communism under  Chairman Mao Zedong. The National Theatre in Mogadishu built by Chinese engineers during the 1960s is still a symbol of this cooperation. After the Somali military coup of 1969 China carried out several landmark projects such as the Mogadishu Stadium, Banadir Hospital for Children and several infrastructure and construction projects. Chinese help for Somalia was then visible to Somalis.

At the Beijing Summit of the Forum on China-Africa Cooperation President  Xi Jinping unveiled US $60 billion package made up of US $15 billion  interest-free loans,  $20 billion credit lines; $10 billion to boost the private sector; $10 billion for development projects  and  $5 billion special funds for imports from Africa. In the past, China and the pre-1991 centralised government of Somalia had strong ties.  Somalia now has got a federal government counter-balanced by nascent federal member states. The federal government’s institutions are as weak as they were before the end of the transition in 2012, and yet the government keeps the privilege to sign agreements for which it has no capacity to implement or oversee.

The question many Somalis are asking is:  Does an institutionally weak federal government deserve to keep the powers to sign agreements or borrow money from foreign countries or multilateral organisations?

There is a vicious circle at play in the Somali political arena: the more AMISOM remains in Somali the fewer the opportunities for the federal government to come up with genuine development agenda for a “fragile country”, and the more the Somali political class remains reluctant or unable to create inclusive and accountable institutions, the stronger the case for funding AMISOM at the expense of Somalis remains. In such a situation Somalia will stand a little to gain from the Chinese largesse for Africa. Any FGS dealings with China will likely stoke resentment among Somalis.

Since China described its new package as being  ”no-strings-attached”,  Somali federal leaders may be tempted to borrow money that will end up in pockets of corrupt politicians.

The Beijing Summit of the Forum on China-Africa Cooperation afforded Somalis an opportunity to critically look at the  Federal Government ’s status and feeble institutions considering developments and cooperation initiatives it has committed itself to. A transitional federal government would have set itself achievable goals that would pay dividends for people and strengthen accountability modalities.  Recognition and the privilege to attend high-level meetings outside Somalia will not solve problems posed by weak political institutions and judiciary.  It is becoming clearer to many people that the decision to end the transitional federal government was a discernible strategic mistake made by Puntland under Abdirahman Farole in a bid to cut the reign of President Sharif Ahmed and his cohorts short.  This decision has exposed shortcomings of federalism: fully-fledged but institutionally weak governments that sign agreements with foreign countries and multilateral organisations.  Federalism in Somalia now as discredited as centralism has been.