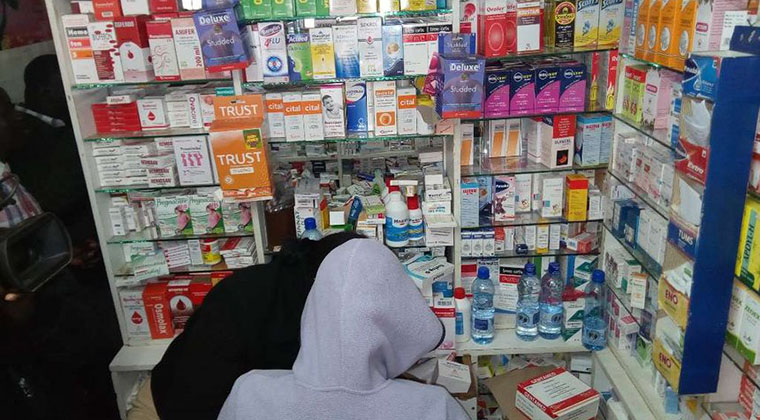 83 chemists have been closed down and 83 people arrested in an impromptu raid on illegal operators.

The Pharmacy and Poisons Board (KPPB) under the Health ministry conducted a one-week raid in several counties in the central, upper and lower Eastern regions.

Mr. Julius Kaluai, KPPB Senior Drugs Inspector, said the suspects were operating without licenses from the Board.

In central region, 37 unlicensed chemists were closed down and 37 offenders arrested, he revealed.

They are to be arraigned in court for various charges under the Pharmacy and Poisons Act.

In lower Eastern region (Machakos,Makueni and Kitui counties) 23 unlicensed chemists were closed down and the operators arraigned in court.

For upper Eastern (Meru, Tharaka Nithi, Embu and Isiolo) another 23 suspects were seized.

Some pleaded guilty while others have not taken a plea: they are facing fines ranging from Ksh.60,000 upwards.

KPPB said that they will continue with surveillance on premises they found closed with owners missing.

They will have to explain why they avoided inspection.

So far, the agency officers have not found fake or expired drugs but Kenyans who purchase drugs from such pharmacies are at risk as unlicensed owners employ unqualified personnel.