Home World News/International Africa Man ties woman on back of tricycle, drives her around Port Said 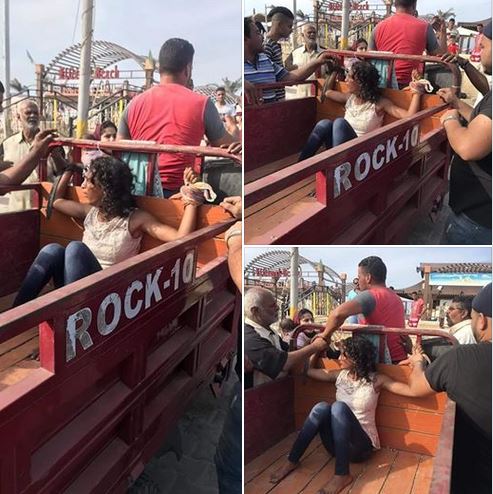 In the northern Egyptian city of Port Said, a man was stopped driving a tricycle at the back of which a young woman was tied to.

The man, according to trending posts on Facebook, Sunday, was accosted on the street by passersby who saw the woman tie with ropes to the back of the tricycle just behind the driver’s seat, forcibly untying the woman and letting her go. According to Major General Hisham Khattab, Directorate of Security of Port Said Governorate, and the head of Al-Manakh Police Department, Major Mohammad Chatila,  who, arrived at the scene, the man was trying to take the woman to the nearest police station.

They said, the man, a restaurant owner, caught the woman hurling stones at people passing by on the street to prevent her from hurting them.

The officials further stated that, according to the evidence they gathered, was mentally disturbed and should have been submitted to a competent health institution for treatment if she was handed over to them.

But, according to Ahmed Abdisalam, a lawyer who filmed the incident on the street, the girl’s story was not as claimed by the man.

“The only crime she has committed was to throw a bottle at the restaurant who assaulted her,” he said.

Abdosalam said he will represent the girl in court where he will file a case against the man who so heinously violated the young girl’s civil rights.

The incident, however, brought traffic to a standstill and caused an uproar on the street while it lasted.

Story first came out on the Arabic Al Bayyan