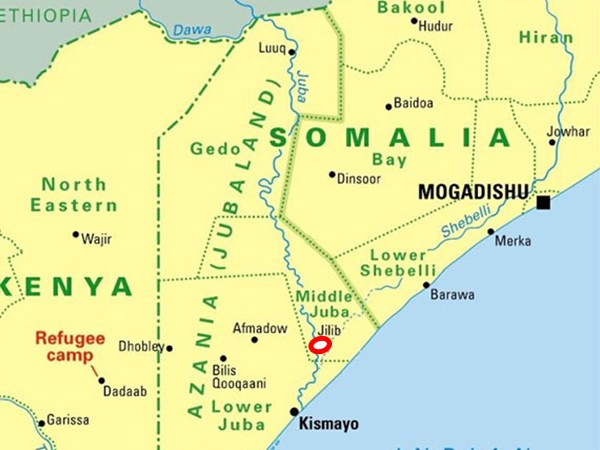 According to Al-Shabab’s radio station Al Andalus, the men included Abdulaziz Abdi Salam, 22, Mohamed Abdullahi Awil, 35, and Jeylani Abdullahi Nur, 36, who “found guilty” of spying for the CIA and helped guide drones to carry out strikes in Somalia.

Awale Ahmed Mohamed, 32, allegedly working with the British Intelligence, known as MI6 and Abdulkadir Isak Amin, 23, blamed for spying for the Somali intelligence were among those executed by Al-Shabab.

Mohamed was reported to have come from London to Somalia, in an attempt to establish an ISIL-affiliated branch operating in the Horn of Africa country.

An al-Shabaab judge said the men have been shot dead by a firing squad in front of a large crown, including women and children at a square in the southern main rebel stronghold of Jilib on Tuesday.

The Amniyat, Shabaab’s intelligence wing, routinely executes alleged spies in an effort to protect its leaders from being targeted by the U.S., which has waged a covert war in Somalia for a decade.