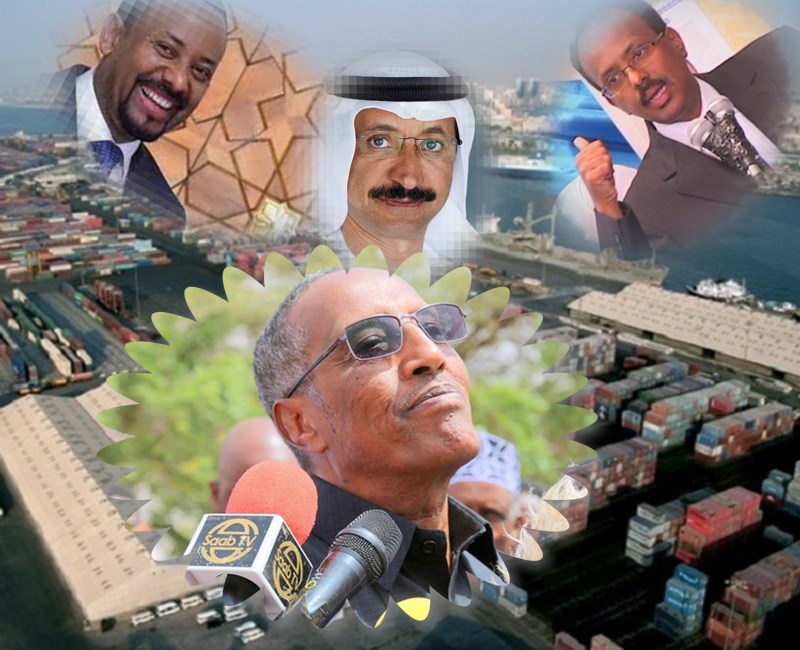 DP World downsizes in Berbera: In developing Somaliland’s port, the Emirati operator is having to contend with the new political configurations in the Horn.

Despite the ceremony held with great pomp on 11 October to mark the o cial launch of works at the port of Berbera, DP World is refraining from thinking big. On 12 October at a meeting with Somaliland’s president Musa Bihi Abdi (MBA), the boss of DP World, Sultan Ahmed bin Sulayem, voiced a number of concerns… In his view, the port operator is beholden to the will of Addis Ababa since Ethiopia is its sole client, and DP World is managing not only the port of Berbera but also the port of Assab in Eritrea. This means that if Ethiopia prioritises operations at Assab for political reasons, MBA’s understanding is that this will be at the expense of the development of infrastructure at the Somaliland port.

There are already several indications that bear out the Somaliland president’s analysis: although Hargeisa proposed on 28 October that Addis Ababa should construct a gas pipeline for the gas and oil extracted from the nearby Ogaden basin, the Ethiopian authorities are leaning towards Eritrea and Djibouti as the beneficiaries of this infrastructure.

Moreover, on the instructions of Prime Minister Abiy Ahmed Ali, the Ethiopian foreign minister Workeneh Gebeyehu intervened at the last moment to prevent an Ethiopian delegation from attending the ceremony held on 11 October in Somaliland.

Since coming to power, Abiy Ahmed Ali has also declined all opportunities to meet with the Somaliland leader and has still not clarified the terms and conditions of Ethiopia’s funding of the port of Berbera. And last but not least, the United Arab Emirates is providing unconditional financial and political support to Ethiopia and Eritrea.

In the face of this new configuration, MBA has gone over the heads of his minister of foreign affairs, Saad Ali Shire, and his representative in Dubai, Bashe Awil Omar, and sought advice instead from an ex-economist at the World Bank, Ahmed Osman. But MBA has little room for manoeuvre since Abu Dhabi is providing him with a monthly sum of $4 million for a one-year period in direct budgetary aid and also contributed $7 million to his election campaign. This situation is not unwelcome to the Somalian president Mohamed Abdullahi Mohamed Farmajo, but he has nevertheless asked his members of parliament not to openly criticise DP World’s involvement in Berbera. (ION 1484)