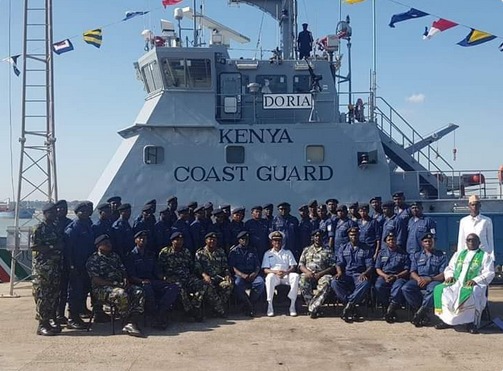 Kenya plans to partner with Mediterranean Shipping Company in a bid to revive the National Shipping line.

President Uhuru Kenyatta says the national shipping line will go a long way in reducing the import and export costs as well as open up the country for more trade.

The blue economy contributes 180 billion shillings to Kenya’s economy, translating to only 2.5 percent of the country’s total GDP.

To increase the blue economy’s contribution to the country’s GDP, the government plans to revive the national shipping line by partnering with Ukraine based shipping company Mediterranean shipping line.

The partnership is expected to considerably lower the cost of doing business in the country by lowering the import bill and export costs.

Speaking during the official launch of the Kenya Coast Guard Services President Kenyatta said, the new service will among other things reduce cases of illegal fishing that costs the country 10 billion shillings annually.

President Kenyatta directed the fisheries department and the national land commission, to recover and secure all fishing landing sites to support the fishing industry.

The youth were encouraged to take advantage of the government investment in the blue economy to tap opportunities within the value chain.