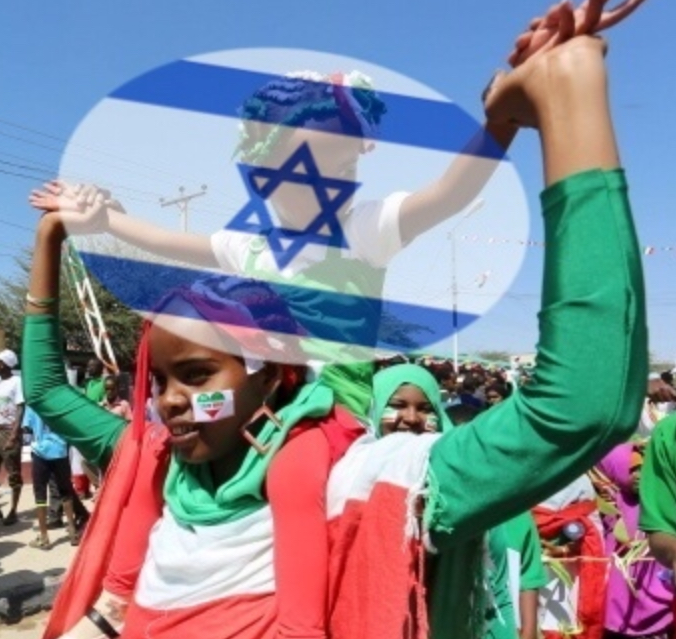 Israel and Somaliland have much in common.

Israel faces many adversaries that don’t recognize it or its right to self-determination; Somaliland is also unrecognized as a state by most countries.

Both share a history with Britain. The British defeated the Ottoman Empire, captured Palestine and later established treaties with the Jewish people in Israel. Somaliland tribal leaders granted the British a protectorate in the territory that would became British Somaliland and subsequently gained independence on June 26, 1960. Israel was first of 34 countries, including the United States, to recognize Somaliland.

Somaliland, which joined South Somalia in a union that lasted until 1991, finds itself politically isolated, in the middle of a hostile region threatened by a sinister and pernicious enemy in the form of encroaching religious extremism. With a population of four million, Somaliland faces hard-line opposition from wider Somalia, with population of 10 million. Israel is perceived as enemy to Arab world with an estimated population of 400 million and economic power of $2.5 trillion a year. Somaliland and Israel face significant opposition and near total rejection of the 22 nations of the Arab world who support the positions of Somalia and Palestinian Arabs, respectively.

Despite overwhelming obstacles, both Somaliland and Israel are beating the odds. Israel is one of the most developed nations in the Middle East and the world, with per capita annual income of $42k and thriving and sophisticated industries. Israeli technology and corporations are pioneers of advanced research and development in the world. Although Israel is situated in semi-desert land that has little potential for agriculture, they have reached 90% food security.

Somaliland, unrecognized by most countries and with limited foreign direct investment, has a flourishing private sector economy, highly advanced telecom, digital economy, peace and stability and democratic processes rare in Africa. It is the only Muslim democracy in the horn of Africa and maintains cordial diplomatic relationships with Western powers and African nations.

Somaliland needs investment, technology and know-how. It has an abundance of resources, such as oil and gas, and strategic positioning that add to its geopolitical prowess. As Israel warms up its relationships with the Arab world and Africa, and Somaliland can a potential ally and friend that can fulfill a strategic Israeli goal – a loyal Muslim ally in the Red Sea region.

Somaliland needs a strong partner that has little to lose in maintaining strong support with Hargeisa, our capital. Alleged Russian interest in establishing a military base in Somaliland, albeit a potential positive development, threatens Somaliland’s close relationship with Washington and the EU, thus Israel stands as a key missing piece in Somaliland puzzle.

The government of Israel has shown interest in restoring the de jure recognition it offered to Somaliland in 1960, considering its role in the geopolitics of the Red Sea and the Horn. According to a local source, Golisnews, Israeli Foreign Ministry spokesman Yigal Palmor has said his government is ready to recognize Somaliland again. Similar sentiment is shown in Somaliland, where influential people, academics, businessmen, civil society organizations and government officials are overwhelmingly in support of a close relationship with Tel Aviv.

Given the status of both states and their struggle for statehood and recognition, it is high time Israel and Somaliland renew their diplomatic relationship and mutual cooperation.

The writer is a liberal student and entrepreneur based in Somaliland.