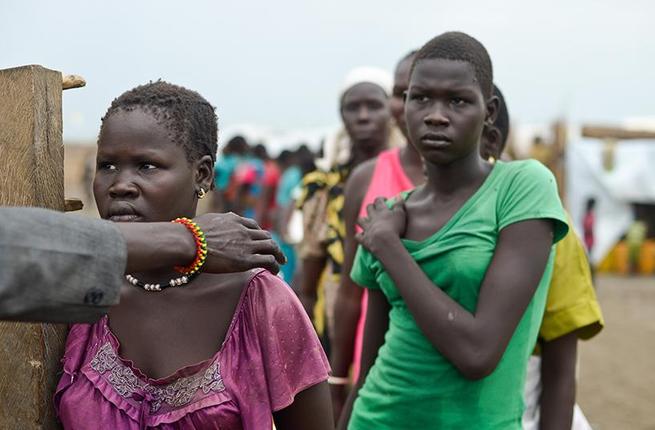 The United Nations says more than 150 women and girls in South Sudan have been raped or subject to other forms of sexual violence in recent days.

The attacks were carried out “by armed men, many in uniform,” near the northern city of Bentiu, according to a joint statement signed Monday by UNICEF chief Henrietta Fore, Mark Lowcock, the U.N.’s undersecretary-general for humanitarian affairs, and U.N. Population Fund Director Natalia Kanem. The trio called on all “relevant authorities to publicly denounce the attacks and ensure those responsible for these crimes face justice.”

The aid group Doctors Without Borders said last week that 125 women and girls had been sexually assaulted while walking to a food distribution site in Bentiu. The group said the attackers robbed the women and girls of clothing, shoes, money and even their ration cards for food aid.

The U.N. statement said some 2,300 cases of sexual violence have been reported in South Sudan in the first half of 2018, the vast majority of the victims women and girls. More than 20 percent of the victims were children.

But the agencies say the actual number of cases is “far higher,” as gender-based violence is severely under-reported.

The horrific cases of sexual violence are among the many atrocities reported in South Sudan since the world’s youngest nation erupted into civil war after achieving independence in 2011, triggered by a power struggle between President Salva Kiir and his then-vice president, Riek Machar.

Kiir and Machar have reached several accords since then, but each deal has failed, including the last one in 2016 that forced Machar to escape a new round of fighting in the capital.