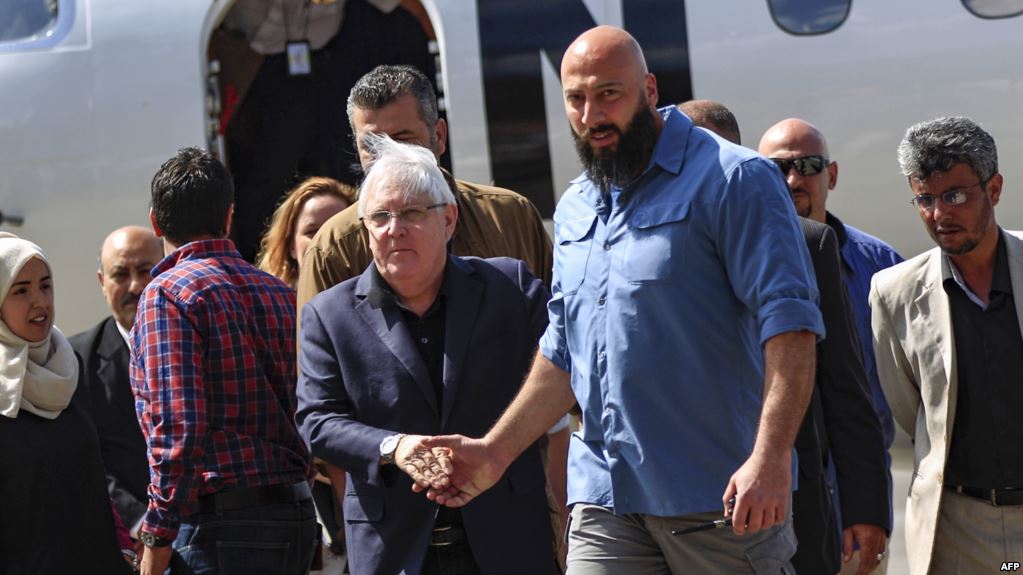 As talks opened in Sweden today aimed at setting a framework to eventually end Yemen’s 44 months of war, a new report stopped short of declaring famine but said that 20 million Yemenis are hungry and need food aid.

Lise Grande, the UN’s top humanitarian official in Yemen, told IRIN that the Integrated Phase Classification (IPC) report found that of the 20 million, 238,000 people “are barely surviving. Any small change in their circumstances, any disruption in their ability to access food on a regular basis, will bring them to the brink of death.”

Grande said these people are mostly in four provinces where “conflict is raging”: Taiz, Sadaa, Hajjah, and Hodeidah.

Since March 2015, Yemen’s war has pitted Houthi rebels and their allies against the internationally recognised (but exiled) President Abd Rabbu Mansour Hadi, backed by a Saudi Arabia-led coalition.

Their fight has had devastating consequences for civilians. Asking for a record $4 billion for humanitarian assistance next year, the UN said this week that 24 million people, some 80 percent of the population, are in need of assistance.

“As parties to the conflict in Yemen sit down at the table this week, we urge them to look as closely as we do at the humanitarian implications of this war,” read a statement from Mohamed Abdi, Yemen country director for the Norwegian Refugee Council.

Here are a few of those implications for the millions of Yemenis stuck in the war – still being waged some 5,000 kilometres away from the castle outside Stockholm where the warring parties are gathered to hash it out.

Despite recent warnings of famine from UN officials (UN aid chief Mark Lowcock said in late October that there was danger of a “great big famine engulfing” Yemen), not to mention some increased media coverage of the country featuring striking pictures of emaciated children, the IPC report means an official declaration of famine is not imminent.

That doesn’t mean people aren’t going hungry or dying because they don’t have enough to eat: the threshold for declaring famine is high, and requires an amount and quality of data that may not be collectable in Yemen. In past famines, many deaths have happened before a proclamation was made.

The IPC’s scientific methodology is intended to separate the process of declaring famine from politics by implementing uniform measures across countries. It uses a five-point scale to measure food insecurity, and Grande said 152 of Yemen’s 333 administrative districts are now classified as level 4 emergencies, adding: “this means that close to half of all districts in the country are one step away from catastrophe.”

While the results of the IPC survey were presented to UN agencies and NGOs Thursday, the report itself has not yet been released. Several UN sources said it was delayed because of confusion in the implementation of new IPC protocols, but a senior food security expert following the situation said he was “baffled why they are not releasing the report”. 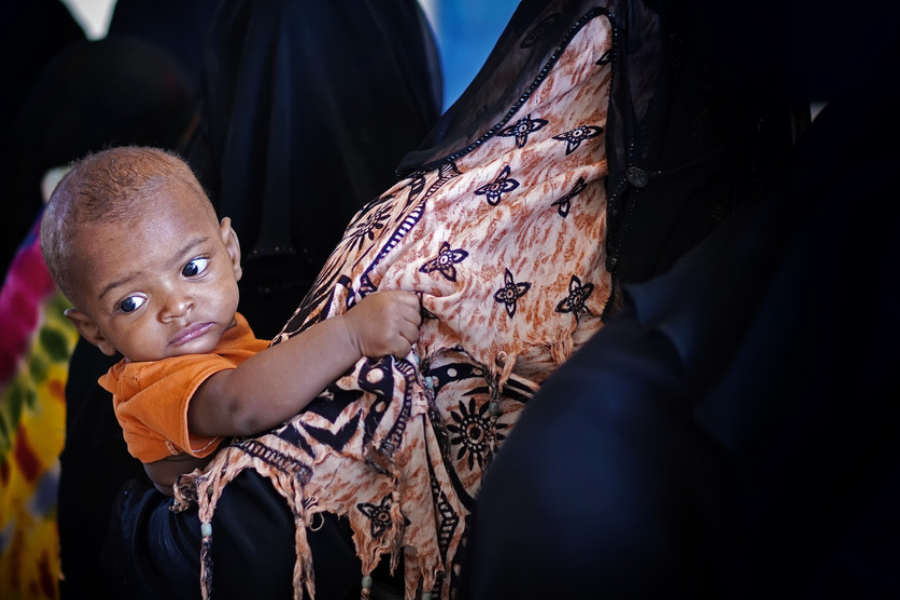 While various numbers are floating around, we simply don’t know how many people have died as a result of Yemen’s war, be it from hunger, bombs, bullets, or disease.

The UN’s human rights office keeps statistics on the number of civilians who have been killed and injured in violence and, as of today, they count 6,906 killed and 10,861 injured since the end of March 2015. The UN says these figures are a “conservative estimate”, given their strict requirements for verification and access constraints in some parts Yemen.

ACLED, which collects data on political violence and utilises numbers from the Yemen Data Project, estimates that more than 57,000 people (including combatants) have died in Yemen’s war.

Like the UN’s, these statistics only include violent deaths, so they don’t take into account the more than 2,500 Yemenis who died since last April in two waves of cholera, a disease that should be easy to treat.

Yemenis with chronic diseases or other ailments are also likely dying at an elevated rate, uncounted: The World Health Organisation says almost half of Yemen’s health facilities and hospitals have been destroyed as a result of the war, and points out that patients with diagnoses like cancer – the WHO says that’s 35,000, with 11,000 more diagnosed every year – struggle to access treatment.

For its part, Save the Children estimates that 85,000 children may have died of disease and starvation since the conflict escalated in 2015.

UNHCR, the UN’s agency for refugees, says that more than two million Yemenis are currently internally displaced, meaning they’ve had to flee their homes but remain inside Yemen’s borders.

An estimated 455,000 people have been displaced (some sources put the number as high as 600,000) since a government and coalition offensive began moving up the Red Sea coast in June through Hodeidah province and into the Houthi-held port city of the same name.

Some displaced people are staying with family members, or renting accomodation if they have the money. But many are sheltering in schools or other public buildings, and others are sleeping out in the open or in makeshift shelters.

Leaving home doesn’t just mean the loss of a place to sleep; displaced people are likely to lose their sources of income as well as the local support networks they fall back on in hard times. They are also often at higher risk of contracting diseases like cholera because of poor conditions and difficulty obtaining clean water.

Hunger, death, and displacement have been worsened by (and have contributed to) Yemen’s ongoing economic collapse.

While some people – namely those connected with various sides in the fight – are enriching themselves in Yemen’s war economy, most Yemenis are in a downward spiral.

Pretty much every economic indicator for Yemen is dire: while official statistics are no longer available, the World Bank says anecdotal evidence points to a GDP that has contracted by 40 percent since the end of 2014; foreign remittances are down; and Yemen’s currency has been in freefall for months (although it made a slight rebound last month from a record low in October).

Prices of just about everything are up, and the inability to buy food, rather than the lack of it in markets or shops, is a major reason people are going hungry. The UN says fuel prices have doubled in the past two years, and the price of food basics has jumped by 60 percent in the past year.

So, what to expect?

The talks, which are officially called “political consultations”, are unlikely to solve any of these problems right away, or even bring an end to the war.

That’s actually by design: UN envoy Martin Griffiths is first hoping to set the stage for future peace talks, as well as focus on a series of “confidence-building measures”.

On Thursday, he announced that one of these measures, a prisoner swap agreement, had been signed. The deal will be overseen by the International Committee of the Red Cross and Red Crescent (ICRC).

Also on the list: re-opening Sana’a airport to civilian traffic; stabilising Yemen’s economy; and securing a truce in Hodeidah.

The last item is of particular concern to humanitarians, who have long warned that a port closure would bring even further disaster to Yemen, which imports most of its food and has already seen a decrease in commercial ships willing to take the risk of docking at Hodeidah given the recent violence.