Home Opinion/Analysis Abdiweli Unlikely To Be Re-elected As Puntland President: A Commentary 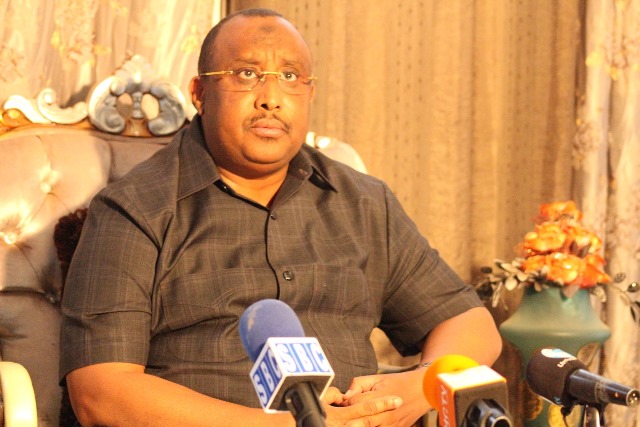 1) Abdiweli Mohamed Ali Gaas was elected on January 8th, 2014, as the 4th president of the semi-autonomous State of Puntland.

2) Throughout his term as President of Puntland, Gaas, had repeatedly stated that he would not run for re-election, nevertheless, he announced his candidacy to re-run on December 18th, 2018.

3) Current information indicates that Abdiweli Mohamed Ali Gaas will not be re-elected as President of Puntland in the upcoming state elections on January 9th, 2019.

While it has been stated that President Gaas has tried to influence the appointing of 66 Members of Parliament (MP)s who will cast ballots for the selection of the next head of Puntland State, it is assessed that President Gaas will not be re-elected as a result of number of factors that present significant barriers. These challenges, which undermine President Gaas’s return to office, are voiced by a number of political commentators and include:

• Competition from a number of strong candidates, with many commentators indicating that Ali Isse Abdi, an economist and former founder of Khatumo state, presenting the strongest challenge. Ali Isse is from the Sool region and hails from the Dhubhante sub-clan. Through this clan ties, Ali Isse has the ability to secure the votes of all Dhulbahante MPs (17 of the 66 MPs). This in turn my cause other anti- Mohamoud Saleban candidates to align in a move to support the best viable option for the braking the Mohamoud Saleban monopoly on power; a monoply which has been held since the forming of the Puntland State in 1998.

• President Gaas failed to build a strong state institutions as he had promised, with critics quick to highlight the current administration’s failure to stabilise the security of the Bari region. The Bari region, which is the main source of the state’s GDP, is still heavily controlled by both al Shabaab and Daesh-affiliated insurgents.

• A failure by the President’s Cabinet to regain control over the disputed regions of Sool and Sanaag to the jurisdiction of Puntland. The protracted conflict in the settlement of Tukaraq in the Sool region against Somaliland over the disputed regions, has thus far failed to translate as any regaining of power or control. The conflict in Tukaraq has resulted in hundreds of Puntland soldiers reportedly killed, in this inter-state regional conflict which flared up in February 2017.

However, the extremely fluid Somali political environment can produce unexpected results, and while there are a number of significant factors that undermine the potential re-election of President Gaas, there are opportunities that may see result in a successful re-election campaign. Primarily, President Gaas has the financial strength to support a strong presidential campaign, and access to influential government resources. It is worth noting that most of the lawmakers will make their choice based on financial incentives offered by presidential candidates, which will in turn give President Gaas a potential opportunity to remain in power.

—–
Mr. Ibrahim has an MA in Public Policy and is an Independent Researcher who is interested in the Horn of Africa. He can be reached at: ahmadabdulkadir2@gmail.com