SomTribune
Home Opinion/Analysis Puntland: What Went Off The Kilter Since The Investiture 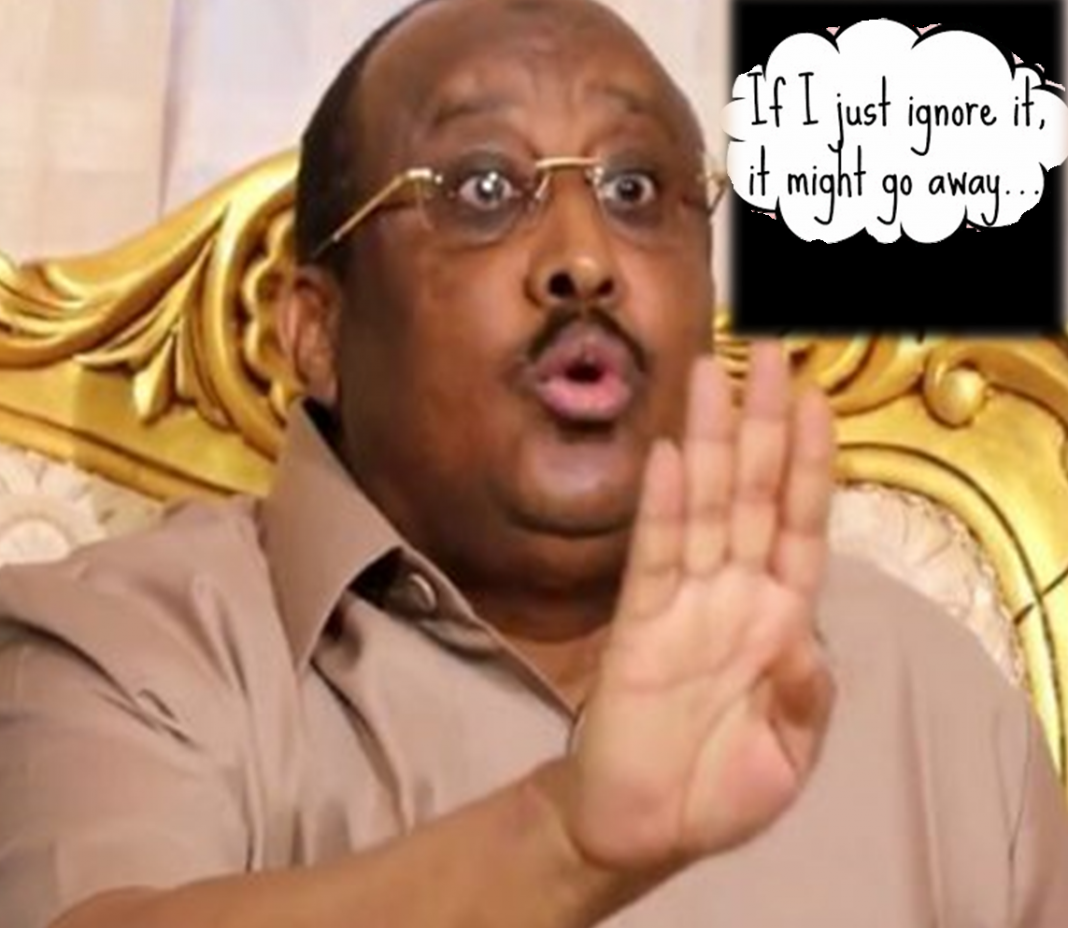 “The difficulty lies not so much in developing new ideas as in escaping from old ones”, John Maynard Keynes

Thabo Mbeki got unsettled by the trek of the debate on a scheduled gathering by African leaders, current and former, deliberating on the “kind of Africa we want and the leadership you produce to get that result. He, in the spur of the moment, bluntly lanced the boil that the impediment for Africa to come out of the poverty cycle, be free of war, driven by women’s emancipation, prosperous and equitable to everyone is “wicked leaders” who are stealing the public resources, accessed power in order to put money in their pockets and get rich here and now. The sad thing is, in a gathering like this, we peers are not critically telling the truth to each other and unless we do that, we would need a century to figure out the kind of Africa we want, he concluded. 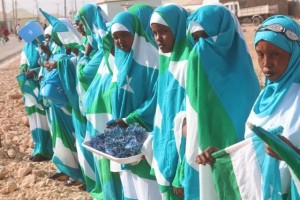 Measuring where Puntland state of Somalia fits in the above debate, after five years of the presidency in Abdiweli Gas, it appears the protagonists vying for the role are not clearly setting out, on the tips of their fingers, what distinguishes them from the incumbent. Different in the sense of policies that succinctly foist them over their predecessors. This is because undeniably, twenty years in existence, Puntland has been teetering from one administration to another, and for the plebeians persisted all along hoping for, when forthcoming leadership features, this time round they shake their unenviable past off and new dawn will have broken.
What does it mean by new dawn; Its, in simple terms, a one delivers the bread and butter. By and large, the political entities hopelessly misconstrued what is it the priority of each Jama & Jawahir living under their prerogative.

You don’t have to perform difficult mental gymnastics to inference the connotation of bread and butter as a fulcrum for every government policy in this day and age: its healthcare, education, food, clean water, cheap energy, justice, environment upon which the livelihood of pastoral lives is dependent and other basic amenities without which human beings couldn’t exist. The question offers itself is how, and that is where the argument of this short essay staggers along in a long and hard slog fashion.

How can whichever executive branch shaped in Puntland ascertain the delivery of the bread and butter, since there has never been a modality for the citizens of this part of Somalia elect their representatives in the legislature to which the executive branch is accountable. Paradoxically, so far it pivots around a leader who holds himself on a high moral ground, spiritual practice is not entertained in here as any Somali individual entrusted with managing the public coffers so far, more often than not, has little or no respect for the tenets of his religious obligations that refrain him from pillaging, practically eschew from the meager resources collected in the name of taxation and the amount the international community donates over humanitarian assistance to Puntlanders. Unless and until this community gets the aforesaid leader, it’s a mere selection exercise of resuscitating untenably existing state of affairs whereby the faces and the names of pernickety leader reshuffles like a deck of cards. The status quo is the order of the day: anyone comes along as a new president, since answerable to nobody, repeats his predecessor’s political and social style, only touch worse. Two attributes stand tall on the myriads of bad traits they all share; to get liberal on the public fund and to eat his words on the democratization agenda. History of Puntland leaders’ political record tells they lack that rear visionary leadership quality of predicting the future and take their fellow citizens into it. That means, they kept the existed state of affairs. In other words, “stay in the comfort zone”; The difficulty lies not so much in developing new ideas as in escaping from old ones,

This is not a figment of imagination being fabricated out of vanity, it’s the modus operandi that has been mellowing over the past twenty years: the president rules the roust. One thing noticeable in a major color of the presidents’ extreme power is the patrician and plebeian alike continence the wish of the top man come hell or high ways. Hence, the government token budget (revenues and spending) for a standard financial year that is repeatedly passed by the legislature, with the blessing of the president and obtainable to the nation has been unpretentiously nebulous exercise by the Finance Ministry and parliament.

In regard to the current candidates for the 2019 presidential election, most Puntlanders sincerely believe they are no different from their predecessors: to seek the top executive office in order to win that elixir for live if you like. The thrust of the speeches, mawkishly sentimental as they always are, of the contenders for the top job, has been a fulmination in which they put all the blames of what went wrong for the past five years fully and squarely upon the incumbent: that he squandered an opportunity to rectify the mistakes and bad historic policies since the inception of Puntland state. Now, what was it he got wrong and subsequently failed to remedy is the expectation of the public from the couple of dozens of individuals vying for the role to set out. As a matter of fact, it should have been an element, to scrutinize the contenders thrown their hats in the ring, of deliberation and great concern for Puntlanders. Engaging with the 0.95 lower tier of the community, they almost gave up with aghast and angry to see in the foreseeable future a responsible leader who wants to leave a legacy for himself and transcend persisted over the years culture of generating great deal of wealth for himself or use Puntland project as a springboard intended for the federal government top jobs. But then again, you don’t have to rustle with your mind to gauge why this proverbial man in the name of president gets away with it: clannism-cum-nepotism got at the public into a swoon and warranted him to swagger with alacrity answerable to no one.

Indeed, it became institutionalized in the level of all and sundry dare to utter an iota about presidents’ unabated power liken themselves with dire consequences. In essence, the repercussion one bears if dared to bring into account the delegated politicians who are doing a compromised secondhand job is negative. Furthermore, the populace, represented in here by clan leaders, force their respective parliament representatives to vote for their fellow clansman presidential candidate simply because he belongs to the same agnate instead of his integrity, trustworthiness and other principal leadership qualities, first of which is to refrain oneself from the delegated tax payers fund. Frankly, these attributes should have been obligatory to everybody striving for both the presidency and representative seats.

Additional facet that has been gaining ground to select a president in Puntland is the money issues. It dangerously sets this already adverse elements of both man-made and natural disasters-stricken people into another layer of futility. You don’t have to think twice in grasping how detrimental is when potential president for the next five-year term bought his way to the office from a chiefly corrupt parliament: they are consigned as fawningly sycophants there for his bidding. This removes the sole legislative oversight, since there is neither constitutional court nor self-governing accountant general the president couldn’t sack, entity existed right from the get-go.
Intrinsically, how and who puts the presidents’ unabated power in check is the big conundrum the rest of Puntlanders, “the parliament, traditional leaders and the public”, to mull about and come up with a solution at least attenuates it. Strangely enough, the latter two, community-cum-chieftains, developed a unique habit of “let him finish his term” concept that subscribes the guy unrestrained authority to do pretty much what he wants without fear of repercussion. To sum up, this entity (the president) with the above-stated attributes need be checked if in any shape or form Puntlanders are critically series about the kind of Puntland they want and the leadership you produce to get that result: channeling the public resources into the deserved services.
What are The Pressing Priorities for Puntland Citizens?

Coming back to the thrust of this particular desultory, until recently, the security of Puntland has been relatively good, and the urgency should have long ago laid in the healthcare, education, justice, clean water, affordable energy, environmental rehabilitation, jobs and other fundamentally vital facilities aimed at Puntland to become conducive for everyone in the immediate future. Anybody traveling outside Puntland could easily notice ninety percent of the passengers boarding on a plane are extremely sick women, children and men seeking for HEALTHCARE from further afield. Apparently, they are spending huge amounts of unaffordable money, mainly collected in a charitable fashion by families and friends. Obviously, it’s a matter of urgency to bring missing healthcare facilities home and revisit the state of our public hospitals. In a quick flick through, without further ado the precedence of our healthcare scheme lies in the clinical site of the trade: good surgeons, medical facilities such as renal dialysis, medical imaging, operating theatres/suite, emergency system and conducive convalescence wards, to list a few. The ministry of health ought to revisit its priorities in here and engage international donners such as WHO in training the new and young doctors into specialized clinical practices. This will enable them to get conveniently and satisfactorily cheaper healthcare for Puntlanders locally. Now days it became an accepted habit for the foreign doctors to come and fill the vacuum. One more time, the question springs to mind is, what has got at the healthcare arrangement of Puntland for the last twenty years?

Mr. Farah (Dala’aan) did his PhD at the University of Glasgow. His work focuses on, inter alia, higher education management-cum-quality assurance, curriculum development and environmental issues.