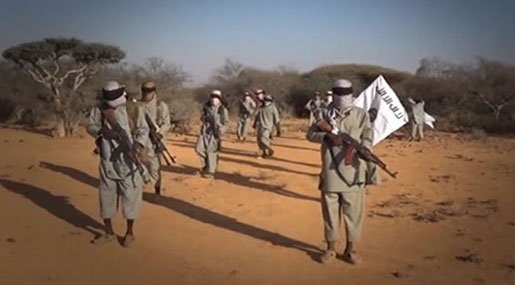 Over the course of 2018, the Islamic State in Somalia (ISS) significantly expanded its operations since its first claimed attack in April 2016. In addition to the amplification of its military claims, ISS has also expanded into more areas traditionally associated with al Qaeda’s group in Somalia, Shabaab.

According to data compiled by FDD’s Long War Journal, the jihadist group has claimed 106 attacks in Somalia since April 2016. In 2018 alone, ISS claimed 66 operations.

While this tally is less consequential than other areas in which the Islamic State operates, this number is more than the total number of claimed operations in Somalia in 2016 and 2017 combined. These claims were collected from Islamic State propaganda channels, such as Nashir and Amaq News, on Telegram.*

It is important to note that it is unclear exactly how many claims made by the group are legitimate, as very few are independently corroborated by Somali media. In some cases, the Islamic State does release photo or video evidence of its crimes, but in most instances it does not.

In Puntland, the levels of ISS military activity somewhat reduced compared to last year. In 2018, its Puntland claims only represented 22% of its total claims; whereas last year, it accounted for 38.1%. This reduction is likely due to Puntland military efforts against the group, as well as ISS focusing its efforts on other fronts.

ISS has been moving into other areas of society in Puntland, according to local officials. In August, Garowe Online reported that ISS was collecting taxes from business in Bosaso. Garowe, citing Puntland intelligence, said that ISS made $72,000 a month by extorting taxes from businesses and the wealthy in Puntland. Reports of ISS taxing local businesses again resurfaced earlier this month.

Moreover, the Mogadishu-based Hiraal Institute has noted that ISS has maintained its ties and support from the Ali Salebaan clan of Puntland’s Bari region. The leader of the main ISS faction, Abdulqadir Mumin, belongs to this clan, and its financial support has been heavily beneficial to ISS’ survival according to Hiraal. The institute also noted that Mumin’s group was still attracting new recruits from the local clans of Puntland.

Breaking the categories further into “types of operations,” improvised explosive devices and assaults (which is defined as clashes with security personnel) accounted for just 15% of all claims. This includes ISS’ first major claim in central Somalia, an IED targeting a former Somali politician in Beledweyne.

Assassinations have remained the favorite tactic of the organization. With established hit squads inside Mogadishu and Bosaso, these operations accounted for 85% of its total claimed attacks this year.

While many of these instances are difficult to independently verify, the existence of ISS hit squads in Mogadishu is all but confirmed.

In April, an ISS member, Jama Hassan Hussein, was captured by Somali forces near Afgooye. Hussein reportedly told Somali police officials he was involved in several assassinations in Afgooye and Mogadishu.

In November, in a direct warning to Shabaab published in its weekly newsletter, the Islamic State relayed a series of recent events in which several of the Islamic State members were killed or arrested by Shabaab.

Shabaab then responded by publicly denouncing the Islamic State and effectively declaring war on the rival group by calling on all of its members to target pro-Islamic State individuals inside Somalia. At least one clash, near the Kenyan borders, has been reported between the two factions since Shabaab’s declaration of war.

Renewed Shabaab efforts against the rival jihadist group is a good indication that ISS is indeed expanding more into southern Somalia. That said, Shabaab’s proven track record in dealing with any potential threat to its monopoly on jihadist violence will likely not bode well for ISS in the long run.

In terms of specific targets, Somali security services (which includes Somali and Puntland military, police, and Puntland intelligence officers) were the main target with 52% of all claims directed towards them.

Somali intelligence forces, NISA, were the second most targeted with 25% and the Somali government 19%. Keeping with the track record established in the last two years, ISS remains hardly focused on AMISOM or other foreign troops inside Somalia. Only one claim in 2018 was against the African Union troops.

Despite claims from two different areas of the country, it is still currently unknown what the organizational connection is, if any, between Mumin’s main ISS faction in Puntland and the cells in southern Somalia. The Islamic State considers them both to be part of its organized efforts in Somalia, however, it is unknown if Mumin exercises any hierarchical control over the cells based in the country’s south.

As the Islamic State’s efforts in Somalia continues to expand, this will negatively affect the already perilous security situation in Somalia. Civilians will continue to be killed and extorted by both Shabaab and ISS and Somali personnel will be assassinated by hit squads by both groups in major population centers.

Moreover, as ISS continues to encroach on Shabaab territory, it is likely more inter-jihadi conflict between the two organizations will be seen. This has already played out to some degree, but Shabaab’s declaration of open conflict is a bad omen for the fledgling jihadist group. Additionally, while the Islamic State has not yet showed any signs of decelerating attack claims from Somalia, a renewed Shabaab campaign against it, however, will likely have a drastic effect on its operations.