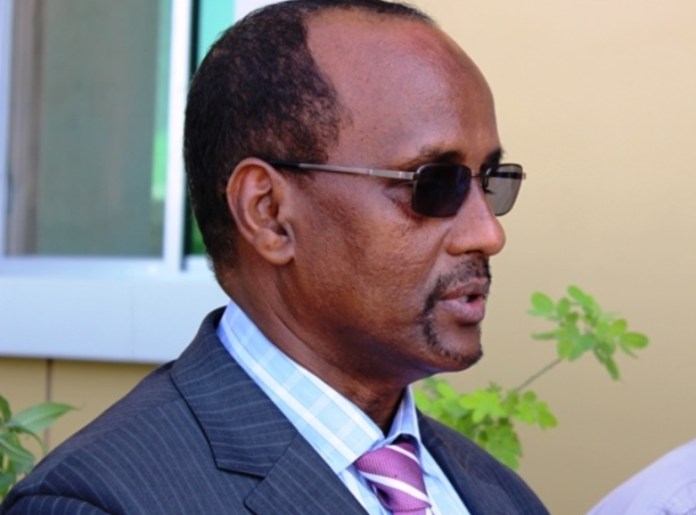 The Deputy Chairman of Somalia’s National Independent Electoral Commission (NIEC) was booted out of the Commission for ‘intentionally compromising the reputation of the electoral and striving to ruin its reputation’.

Mr. Sayid Sheikh Ali Mohamed’s sacking was ordered by the Chairperson, Halima Ismail Ibrahim, who signed it at the head of five other signatures belonging to other members of the Commission.

The marching orders she gave her Deputy also accuse him of using his office and responsibility to bring down the Commission and sabotage its work.

The Federal Parliament approved NIEC – the first of its kind in the history of the troubled East African country – in 2015.

Sayid Ali, on his part, challenged the sacking saying it was illegal and a blatant contravention of laws governing the land, including the Bill on which their nomination was based. Mr. Ali alleges that the Chair person acted out of desperation trying to conceal the collapse of all accountability, transparency and sound management procedures at the Commission. He said Ms Halima was, in fact, trying to desperately divert attention to an ‘expulsion’ issue in order to conceal the widespread mismanagement and misappropriation of Commission resources from discerning eyes.

In Somali jargon, the words used in the expulsion letter usually mean that the sacked has blocked a move by a superior or that the person so expelled was feared to become a potential whistle-blower on some shady deals under process or about to start.

Somalia has been embroiled in civil wars, political strife and running skirmishes with the Islamist Al Shabaab since 1991 and the collapse of the dictatorial military regime of General Mohamed Siyad Barre.

However, the legality of members sacking members remains unclear. If this goes unchecked, ramifications of what can happen at heated moments in real-time election-related activities, debates, discussions, and disagreements are quite disturbing, as some critics are already pointing out.

The Farmajo-led government militarily supported by the international community to stay in office has, of late, using muscle to subjugate officials and civilians alike to its will – a move that is not unlike which brought down the stronger military regime that ruled the country from October 1969 to January 1991.

Somalia is expected to go to the polls in democratic elections on one-man, one-vote in 2020 for the first time in history since the first civilian government was overthrown in a military coup-de-tat nearly five decades ago.