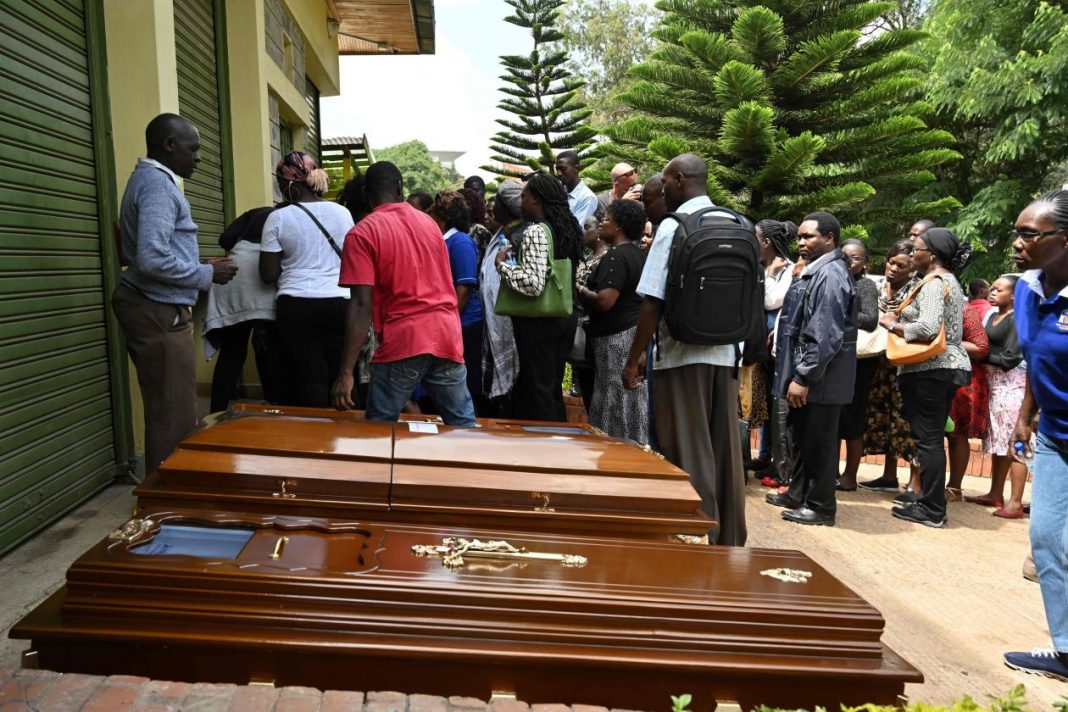 Stepping in front of the cameras in the wake of this week’s deadly siege of a Nairobi hotel and office complex, Kenyan President Uhuru Kenyatta pledged to finally root out the Somalia-based militants who had claimed the attack.

“We as a country are ready to deal with any threat to our nation,” Mr. Kenyatta said. “We will continue taking every step to make our nation inhospitable to terrorist groups and their networks.”

That has proved a daunting task, and Mr. Kenyatta provided scant details for achieving it beyond saying Kenya would invest more resources in strengthening its security and justice systems.

For more than a decade, al-Shabaab, an Islamist insurgency with close ties to al Qaeda, has eluded a U.S.-backed military campaign that draws troops from five different East African countries, including Kenya.

This week’s 18-hour rampage at Nairobi’s 14 Riverside complex, claiming the lives of 20 civilians and a policeman, was the latest attack by al-Shabaab, which last year killed more people in Africa than any other terrorist group, according to the Washington-based Africa Center for Strategic Studies.

In the 12 months through September, al-Shabaab killed some 4,000 people, the vast majority of them in Somalia, according to the Africa Center’s tally—more than Nigeria’s better-known Boko Haram and the North Africa-focused militants of Islamic State.

“Al-Shabaab has proven adaptable, slipping away as dragnets close in,” said Rashid Abdi, Horn of Africa director at the International Crisis Group. “Nations in the region need to adopt better measures.”

Since 2007, Kenya has spent millions of dollars on sophisticated military equipment to secure its border with al-Shabaab’s stronghold in southern Somalia and contributed troops to the 22,000-strong African Union Mission to Somalia, or AMISOM. But the peacekeepers, bolstered by U.S. training and drone operations, have failed to stop militants from crossing into Kenya to carry out deadly strikes.

This week’s siege echoed al-Shabaab’s 2013 attack on Nairobi’s Westgate mall, just 1½ miles from the Riverside complex, and its 2015 rampage at Kenya’s Garissa University.

Al-Shabaab was formed around 2006 as the armed youth wing of the Union of Islamic Courts, which had just wrested control of Somalia’s capital, Mogadishu, from U.S.-backed warlords. The group has since found fertile ground in the desert nation along Africa’s easternmost edge.

The group’s estimated 5,000 to 10,000 militants control some 20% of Somalia’s territory, where it operates courts, resolves local disputes and collects taxes in the absence of a functioning central government.

“Al-Shabaab actively competes with the central government for local legitimacy by providing security and Shariah governance,” said Caroline Goodson, a program manager at the Washington-based American Enterprise Institute. “The group offers something real to local Somalis. This benefit allows al-Shabaab to maintain support and attack zones, despite U.S. airstrikes.”

The group has used opposition to foreign intervention in Somalia, especially when clashes or drone strikes claim civilian lives, as a tool to recruit new members.

AMISOM operates alongside Somalia’s military, which officially numbers 26,000 troops. But diplomats say the force is riddled with so-called ghosts—soldiers who have either died or deserted. Their absence is one factor undermining operations against militants, who enjoy tribal support across southern Somalia.

The U.S. has spent $66 million on payments to the Somali army over the past seven years but has halted the funding several times, citing corruption. Transparency International has ranked Somalia as the world’s most corrupt country for every one of the past 11 years.

Al-Shabaab’s aim is to create a fundamentalist Islamic state in a territory that also includes parts of Ethiopia and Kenya. Its 2012 alliance with Osama bin Laden’s al Qaeda equipped the insurgency with the funding, expertise and recruitment appeal to carry out large-scale attacks beyond its borders—often involving multiple gunmen and powerful explosives. The alliance also broadened al-Shabaab’s ideology to include global jihad.

In a statement released Wednesday, al-Shabaab said it had carried out the Riverside attack following an al Qaeda directive to hit Western and Zionist targets in retaliation for President Trump’s decision to recognize Jerusalem as Israel’s capital and move the U.S. Embassy there. It chose the hotel and office complex because of its popularity with Western companies and expats, the group said.

In recent months, analysts from the American Enterprise Institute say, al-Shabaab’s explosives expertise has improved and it operates a plant manufacturing car bombs in southern Somalia.

“Without a strong government in place, it will be impossible to end this jihadi insurgency any time soon,” said Thomas Joscelyn, a terrorism expert at Foundation for Defense of Democracies, another Washington think tank.

Corrections & Amplifications
Rashid Abdi is Horn of Africa director at the International Crisis Group. An earlier version of this article misspelled his surname. (Jan.19)