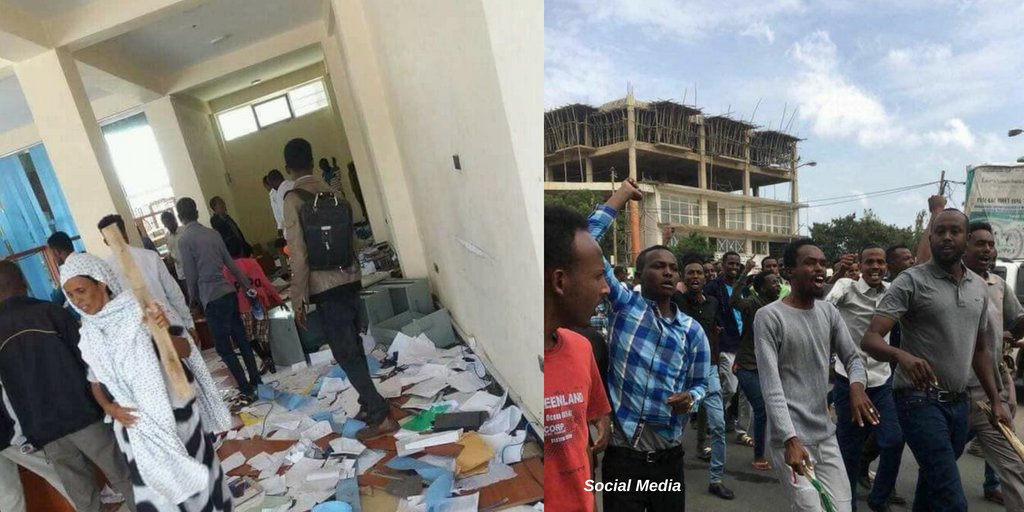 Zinabu Tunu, Public Relations officer at the Federal Attorney General’s office told local journalists this afternoon that its investigations into the three days violence in Jigjiga, the capital of the Somali regional state, in August 2018 were completed. The AG’s office also revealed extent of the three days damage which were previously unreported, including the discovery of a mass grave where the remains of 42 people was found. Eight more bodies were discovered inside the premises of St. Michael Church in Jigjiga city.

According to Zinabu, the investigations, which were conducted together with federal and regional police as well as the national intelligence service, looked into the cause and results of the August 04 violence in the city of Jigjiga and other cities in the region, as well as previous human rights violations that have led to the ousting, detention and trial for grave human rights violations of the region’s ex-president Abdi Mohammed Omer, A.K.A Abdi Iley.

Accordingly, the Attorney General’s office revealed that 58 people were killed, 266 injured, and ten women were raped in just a span of three days on the weekend of August 04. There could be more unreported cases of rapes, he said. And properties worth about 421 million birr were also vandalized during the three days violence that eventually led to the intervention of federal forces and subsequent ousting from the presidency of Abdi Iley, who has been in the position for ten years.

Zinabu also spoke of gruesome atrocities committed against some priests of Ethiopian Orthodox Tewahido Church, who he said were burned inside their churches.

The AG’s office blamed an organized youth movement called “Heego” and members of the Somali Liyu Police for instigating inter-communal violence between Somalis and residents of other ethnic groups in the region. Zinabu said arrest warrants were issued against 46 suspects including, including the infamous Abdirahman Labagole, head of the Liyu Police who is believed to be on the run, and Abdi Iley, who is standing trial.

Of the 46, however, only six are under police custody. The remaining are either on the run or are hiding in the country, Zinabu said. A task force was formed to pursue after those hiding in the country while negotiations with third countries where some of the runaways are believed to be in hiding were underway to extradite the suspects.