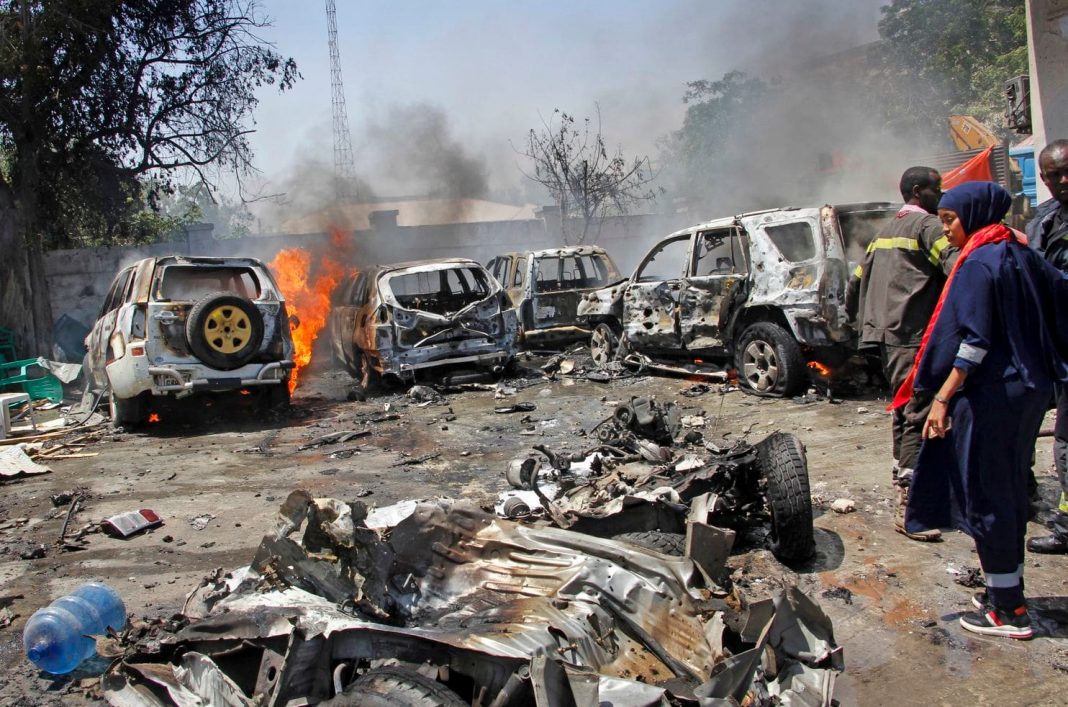 The deputy mayor of Somalia’s capital says two people were killed and five wounded in an explosion at a gas station.

Mohamed Tulah says the casualties in the Mogadishu blast are “far less than what everybody was expecting.”

Tuesday’s blast occurred near the ministry of petroleum. The deputy mayor says the car carried explosives that were meant to be detonated elsewhere but went off prematurely.

Mogadishu is often targeted in bombings by the al-Qaida-linked al-Shabab extremist group.

Copyright 2019 The Associated Press. All rights reserved. This material may not be published, broadcast, rewritten or redistributed.