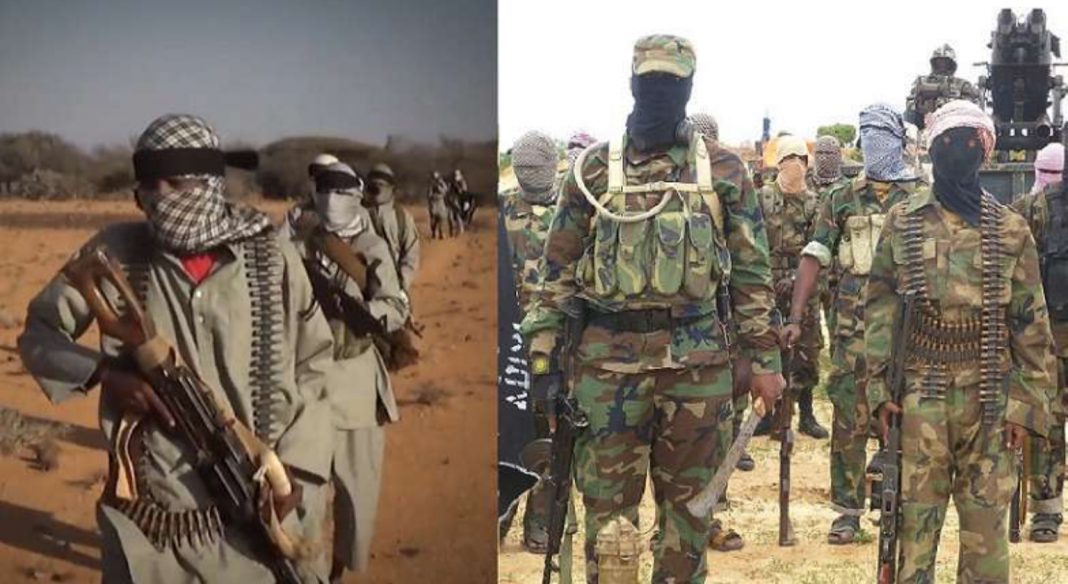 The al-Shabab militant group has scaled up its attacks against pro-Islamic State fighters in the northeastern mountainous Somali region of Bari, experts say.

Intelligence and security officials say al-Shabab has seized two locations from pro-IS militants this week. One area is called El-Miraale, a water point that has been the focal point of clashes. The second village seized by al-Shabab is called Shebaab, south of the town of Qandala, according to sources.

Pro-IS militants have retreated farther into the highlands, but experts say the fighting is not over.

“They are fighting over the control of the mountains, which has been a base for Daesh,” he said, using another term for Islamic State.

Al-Shabab attacked IS in December after smuggling dozens of its militia members into the area, a move described as audacious attempt to reach IS hideouts.

Hussein says al-Shabab lost the first round of the mid-December battle and lost men but regrouped and launched a second-round offensive earlier this week. He says the key El-Miraale water point is now under al-Shabab’s control.

“Al-Shabab managed to take over the area, they also spread to Dhadaar village,” he said.

The two groups have not only been fighting over control of territory but have also been competing in collecting extortion money from Somali businesses.

Al-Shabab has been collecting systematic taxes and extortions from Somalia business, but IS started to emulate the tactic late last year. IS demanded payments from businesses in Puntland as well as in Mogadishu. When businesses resisted, IS began targeting businessmen, killing at least half a dozen people.

Al-Shabab saw this as a direct challenge and vowed to destroy the IS group.

Al-Shabab spokesman Ali Mohamoud Dhere described IS as a “disease” and a “cancer.” In a December speech, he said al-Shabab fighters have orders to “uproot” IS militants in Somalia.

“Al-Shabab is more powerful, but IS also showed they are not a pushover. Indeed, it’s IS that provoked al-Shabab and tried to conduct activities in the south,” he said, referring to IS attempts to extort businesses in the south.

Militarily, al-Shabab has severely purged the group’s sympathizers and fans in the southern regions of Somalia. In January, al-Shabab executed three men, including two foreign jihadists who were accused of supporting IS. The men reportedly denied association with IS.

Ali says if al-Shabab defeats IS, it will be “one less problem” for Somalia.

“If al-Shabab wins, it will mean one less problem for the federal government and regions. But if Daesh continues to exist or strengthen, the problem will double in many fronts,” he said.

Hussein said the fighting could be prolonged in the highlands, specially if IS opts for a guerrilla war against al-Shabab. He added that civilians living in battle areas endure the most casualties.

Recent days have brought reports of both sides attempting to compete for the locals’ support. While IS encouraged the locals to be hostile to the new armed visitors, al-Shabab sought their cooperation to inform on IS whereabouts.

But according to local reports, the public is apprehensive, especially as there are no visible signs to distinguish who is al-Shabab and who is IS, a tricky situation that endangers their safety.

Hussein says the Somali government and Puntland regional administration have a responsibility to protect those civilians.

“There is a lot of fear facing the people living in these areas,” he said. “The arrival of al-Shabab is a new, additional threat to them.”

He said the villagers expect support from the federal government and Puntland. But it is unclear how they will get this support as the area sees increased tension.

Meanwhile, the United States military reported carrying out its ninth strike against al-Shabab militants this year. The strike Wednesday in Shabeley village of Hiran region killed 24 al-Shabab fighters, according to Africa Command.

The strikes included a Dec. 19 bombing of al-Shabab militia traveling on a large truck shortly after returning from attacking a Somali military base. Fifty-two militants were killed in the strike. Also, four of the strikes took place in three consecutive days between Jan. 6 and 8. Last year, Africa Command carried out 47 strikes, a record in Somalia.