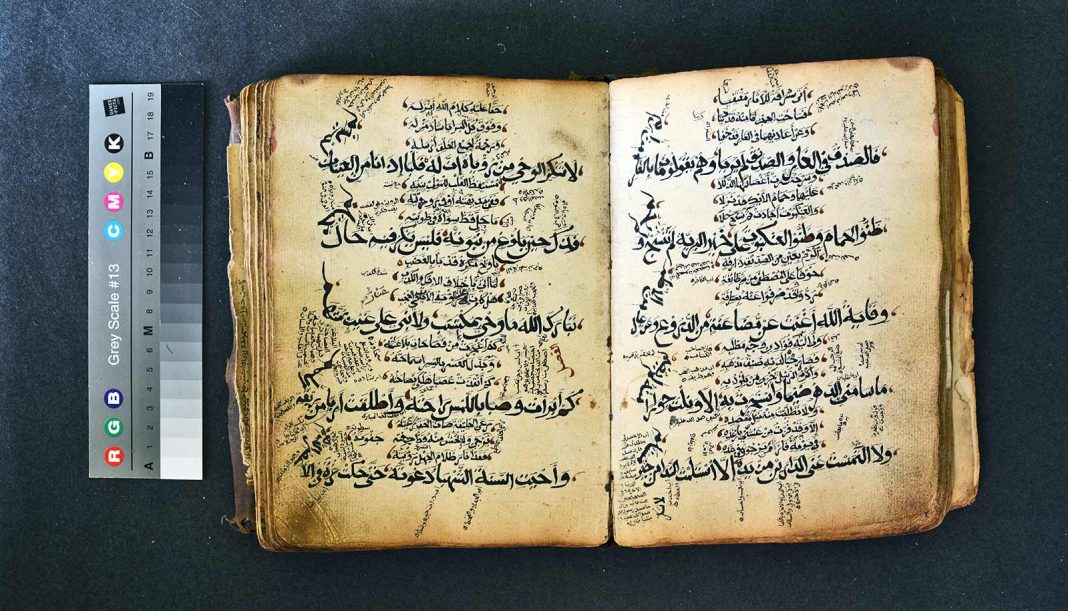 Researchers have identified and analyzed more than 2,000 Islamic manuscripts in Ethiopia, Eritrea, Djibouti, and Somalia.

Traditionally, scholars in Islamic studies have not associated the Horn of Africa with the Muslim world, which is why the Islamic literary tradition of this part of Africa has not been studied in detail before.

“Scholars from the fields of Islam studies and African studies have long neglected the Horn of Africa because they tend to find the area atypical of either field and primarily associate it with the Christian traditions of the Horn’s largest country Ethiopia. But as our research project has shown, there has been a rich and distinct Islamic literary tradition in the Horn of Africa that dates back at least to the 17th and 18th centuries,” explains Alessandro Gori, associate professor from the University of Copenhagen who is the principal investigator of the Islam in the Horn of Africa project.

“The manuscripts indicate that Muslims in certain parts of the Horn area seem to have had a penchant for composing devotional or mystical texts that people have gathered to recite or ‘sing’ accompanied [for example] by clapping hands and drums—although they would not have used the word ‘sing’ as it can become problematic in an Islamic context,” he adds.

MOST OF THE TEXTS ARE WRITTEN IN ARABIC, BUT THERE ARE ALSO SOME IN LOCAL LANGUAGES LIKE HARARI, AMHARIC, AND SOMALI WRITTEN IN THE ARABIC ALPHABET.

Apart from the many texts on mysticism, the researchers have uncovered a large number of Qurans, texts on Islamic law, and Arabic grammars. Most of the texts are written in Arabic, but there are also some in local languages like Harari, Amharic, and Somali written in the Arabic alphabet.

“Arabic is of course central to the study of Islam, and many of the local people who lived in the Horn of Africa would not have known Arabic, which is why there are relatively many texts on Arabic grammar in the collections of manuscripts we have retrieved. Arabic basically served the same function as Latin did in Christian Europe—if you were a learned person and a Muslim, you had to have a more than basic knowledge of Arabic,” Alessandro Gori points out.

Many texts, particularly those retrieved from rural areas with poor storage conditions, were badly damaged and fragmented, and some would have been completely lost had the researchers not found them.

“We have produced a short handbook on how to deal with fragile manuscripts so as to avoid further deterioration of the delicate texts, but we have also, more importantly, digitized them and created a database that will make it possible to study the content of the manuscripts without touching them,” Gori says.

“The database [for example] contains information about genres, authors, marginal notes, and the texts’ ownership history. We now hope that colleagues from around the world will use and contribute to the improvement of database so that it will keep growing and making us more knowledgeable of local African versions of Islam.”

Read more about the Islam in the Horn of Africa project here. The European Research Council funded the project.