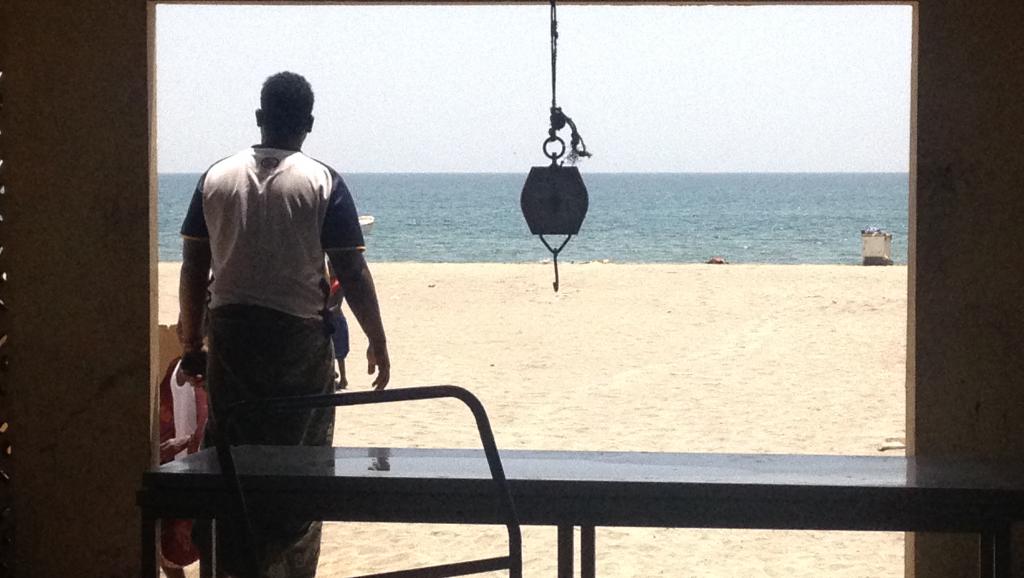 A new fishing deal signed between the Somalia government and vessels tied to the China Overseas Fisheries Association raises serious questions. Some Somalis, particularly those in the fishing community, worry that their livelihoods will be gutted, while others fear a return of piracy in the Gulf of Aden.

“It’s shocking to see the ministry of fisheries signing such a one-sided contract with a Chinese company,” said Abdirizak Mohamed, a Somali MP representing the coastal Hirshabelle region, 40 kilometres north of Mogadishu, the capital. “It actually gives Chinathe advantage,” he told RFI.

According to the Memorandum of Understanding on the Somalia Fisheries Ministry website, this deal allows 31 Chinese long line vessels to fish for “tuna and tuna-like species” for one year, a deal automatically renewed each year. The boats will be able to fish 24 nautical miles from shore within Somali territorial waters.

While the agreement requires the use of trackers so that vessels stay within the nautical boundaries of the deal, there is serious concern that the Somali fishing community will lose out because the ministry will not be able to monitor the catch. Some people are also concerned that the use of trackers will not go far enough to ensure the boundaries outlined in the deal are respected.

“I don’t see any credible Somali control mechanism emerging in the foreseeable future. This has to be based on the trust between the Chinese government and the Somali government – it’s a long shot,” said Stig Jarle Hansen, professor of international relations at the University of Life Sciences in Oslo.

“Indeed, a lot of the countries in East Africa that haven’t experienced a civil war don’t fully control their offshore territories, either,” said Hansen, who added that a strong navy needs to be in place in order seriously to stop overfishing.

As a former Somali minister for natural resources, MP Mohamed said he had spoken to people close to the negotiations who felt that Somalia would be losing out. According to the deal, China would be paying just over one million US dollars [912,000 euros] for 31 fishing licenses. He also pointed out that the actual terms of the contract have never been revealed.

“There’s an issue of transparency and accountability,” he said. “The parliamentary committee on resources must look into this,” he added.

Those whose livelihoods depend on a regular catch believe they will be hurt by the China boat deal.

“Competition between foreign and domestic fishing for declining resources can lead to the increased occurrence and intensity of conflict between the fleets,” according to the Somali Coastal Development Opportunities report, published by Secure Fisheries, a US-based program that works with post-conflict regions to strengthen governance and combat illegal fishing.

The report added that people fishing will need to move farther out to deeper waters to work as stocks decline from foreign large-scale fishing.

“Not only does this pit local fishers in competition against each other, it increases the chances that a Somali vessel will encounter a foreign one, increasing the likelihood of conflict,” according to the report.

Lawmaker Mohamed agrees. “There are small-scale fishing communities that have been suffering from the illegal fishing that has been taking place in our high seas; if you add that to the fact that they have the legal right to exploit our resources, then I think that we will even suffer more,” he said.

In his constituency, people are concerned about the impact this deal would have on everyone.

“Everyone is speaking about this, expressing their concerns. People are talking about it on radio stations,” he said, describing their frustration.

The hit on people’s livelihoods is not the only problem many question what sort of overall value this will have for the Somali economy, said expert Hansen, author of Al-Shabaab in Somalia, a book about the hardline militant group.

“There’s a lot of scepticism from many Somalis with regards to what Somalia is getting out of this,” Hansen said. “These are resources that could have been harnessed by the Somalis rather than the Chinese,” he said, adding that many believed Somalia is selling out quite cheaply.

Somalis interviewed by Oceans Beyond Piracy, a US-based program run by One Earth Future thinktank said they turned to piracy owing to unemployment, poverty, and frustrations about illegal fishing.

Although the government maintains that this Chinese deal was signed to benefit Somali development, others believe its one-sidedness could lead to a rise in piracy.

“The narrative here, again and again, is because of illegal fishing, this has forced many fisheries to engage in criminal activities such as piracy,” said Mohamed, also a former Somali minister of the interior.

“And now, as China is legally entering the business, local fishermen are not going to get anything. It might reorganise them, reenergise them to engage in these criminal activities again,” he said.

The China deal does not specify the use of Somalis as private security guards on ships nor as deckhands, nor does it guarantee a certain number of Somalis would be employed. RFI reached out to the Somali Fisheries Ministry but they were unavailable for comment.

The agreement signed by the Chinese stipulates that the Somalia Ministry of Fisheries “is the only entity which can legally issue licences for fishing vessels to operate in the Somali Exclusive Economic Zone (EEZ),” effectively removing jurisdiction of self-declared country Somaliland.

Somaliland, although not officially recognized, is composed of six regions- three to the east, sharing a border with its autonomous neighbour Puntland, and three to the west, bordering Djibouti, Ethiopia and Somalia.

Somalia does not recognize Somaliland. The Chinese deal apparently covers their waters in the north and northeast as well  even though Somaliland not recognize the agreement.

Somaliland experts do not rule out signing deals with the Chinese, but the Somaliland authorities must be consulted, said Robleh Mohamud Raghe, an analyst and former consultant to the Somaliland presidency.

“It’s an international breach because the Chinese Overseas Fisheries Association did not approach Somaliland. There are many foreign companies that operate in Somaliland, like DP World who is upgrading the port,” said Raghe, naming a number of deals recently signed by Somaliland with international companies.

The minister said that Somaliland regularly patrols its coast, and will defend its territorial integrity.

“We will treat them [the Chinese] as pirates, as illegal fishing, for whoever is caught in Somaliland waters,” said Hassan Mohamed Ali, Somaliland Minister of Livestock and Fisheries.

There have been no sightings of Chinese boats, he said, only Yemeni ones.

“The irony is that Puntland and Somaliland are probably better to control the territorial waters outside of their areas than Somalia,” said Hansen.

Somaliland fishing communities have to contend with a number of issues, from getting and maintaining better equipment, to fish storage, and transportation to bigger markets. Ali said that there are now cold chain facilities on six sites in Somaliland, in order to accommodate the catch.

Fish caught in the Gulf of Aden sitting in a cold storage in Lughaya, SomalilandLA Bagnetto

According to the Sea Around Us report, “Somalis seeking long-term fishing sector stability and investors and international donors seeking the best return on their investments should steer away from unsustainably fished yellowfin tuna and instead target skipjack, bigeye, and kawakawa tuna.”

The agreement allows the Chinese vessels to catch “tuna and tuna-like species”, the bounty of Somali waters. No reference has been made regarding sustainable versus unsustainable catch.

If monitoring is not put in place, the foreign vessels could be depleting the stocks faster than previously thought.

“It’s going to be hard for the Somali government to control any of this, and the international community are not that interested in controlling it,” said Hansen.

Some 27 of the Chinese fishing boats are already certified to fish in Somali waters, while another four begin work in April.