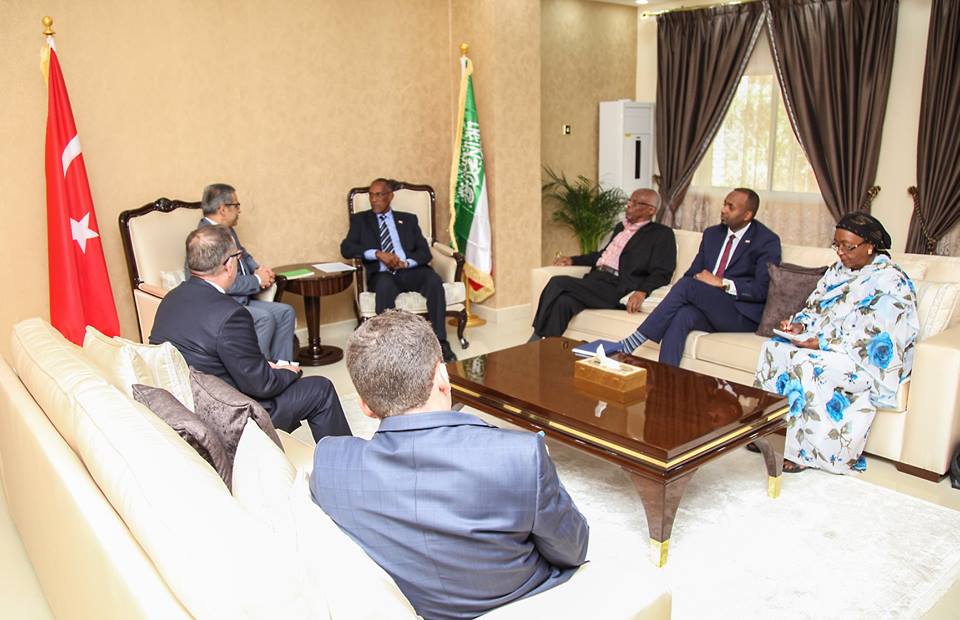 His Excellency the President of the Republic of Somaliland, Musa Bihi Abdi, tactfully informed the visiting Turkish envoy to the talks, Dr. Olgan Bekar, that Somaliland’s position to talk with Somalia has not changed but that, this time around, it wished more world presence at the table.

President Bihi received the envoy at his office on Saturday.

According to official sources close to the meeting between the two sides, President Bihi argued that the efforts which Somaliland has pout into successful talks with its erstwhile partner in the Somali Republic of the 60s did not much fruit.

He said the few issues that the two sides had penned an agreement on had been unilaterally breached by the Somalia side fulfilling its own ‘domination-blinded’ agenda.

“With all due respect to the sustained interest of Turkey on the continuation of the talks, it has become very clear to us here that Somaliland is not and was never sincere on an amicable outcome of the talks, only more time to implement a road map in which Somaliland figures as another satellite state of the defunct republic,” President Bihi said.

The President emphasized that Somaliland wished to see more world presence to witness the proceedings and set the pace and the tone where required.

“We need Turkey to reassess its humanitarian and development assistance to Somalia and Somaliland which had been, to date, so preponderantly in favor of Somalia.

The Turkish envoy also touched base with Somaliland national political parties to note their views of how best the stalled talks can be revived and kept going to reach a mutually acceptable platform.

Dr. Bekar was not a newcomer to Hargeisa as he served his country as the Ambassador to Somalia/Somaliland before the incumbent envoy replaced him.

With Dr. Bekar at the meeting, was the Turkish Consul in Somaliland, Ali Noyan.