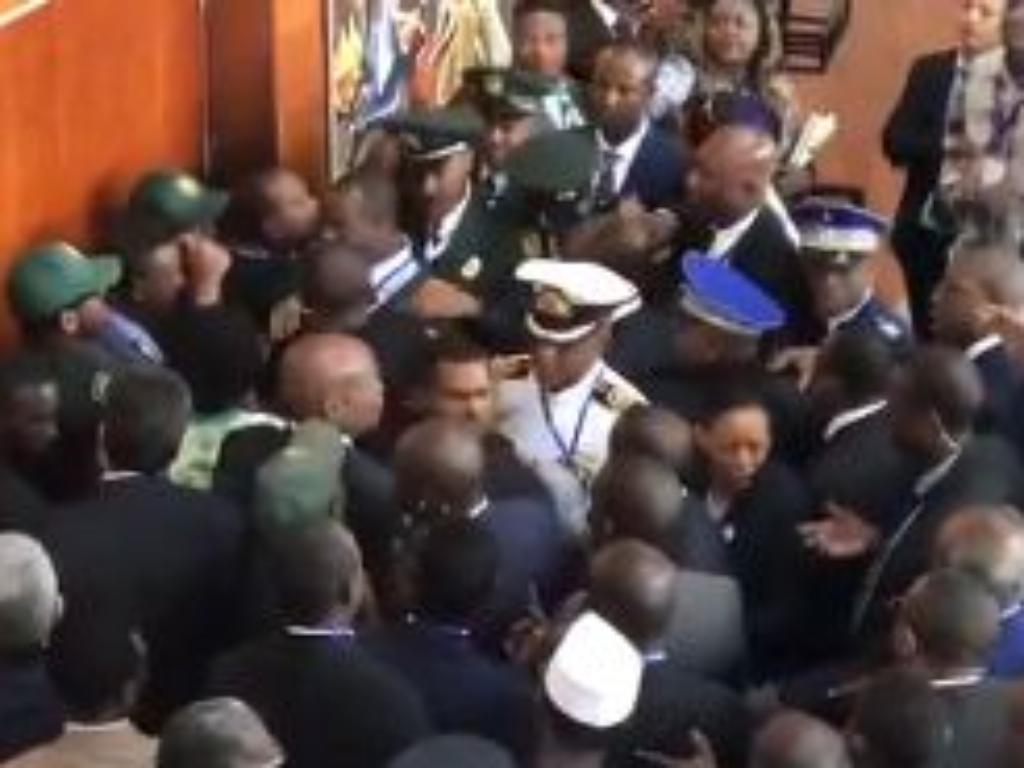 President Uhuru Kenyatta’s aides were on Sunday locked out of the 32nd AU Summit in Ethiopia in what appeared to be a protocol hitch.

In a video posted on Twitter, Uhuru’s Aide de Camp is seen struggling to get past the security detail at the entrance of the building where the summit was taking place.

The Aide de Camp and another aide then decided to walk away from the area after a brief push and pull with security officers.

The two are seen holding suitcases – probably containing Uhuru’s notes – as they walk away from the door.

The spectacle happened in the full glare of other government representatives from member states attending the conference.

They, too, were having a rough time accessing the conference room.

The summit will run till Monday, February 11.

The Session between February 10 and 11 was reserved for Heads of State and Government of the African Union.

Margaret is attending meetings under the Organization of African First Ladies against HIV/AIDS (OAFLA).

She was on Saturday unanimously elected the vice chairperson of OAFLA.