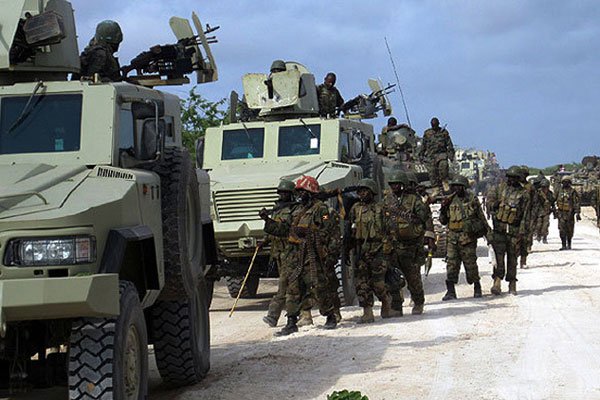 The African Union troops in Somalia will close some of their forward operating bases (FoBs) at the end of the month when further reduction of 1,000 soldiers is implemented.
The second phase of reduction was supposed to be implemented in December last year on the orders of the UN. The first reduction of the troops was in December 2017.

The UN Security Council wants Amisom to gradually handover the national security to the Somali National Army by 2020 but Amisom says the reduction of its troops leaves a security vacuum because the Somali army has not developed capacity to deploy in areas from where they withdraw.

As a result of the impending forces reduction, commanders from countries with troops in Somalia are meeting in Mogadishu to draw a plan called Concept of Operations (CONOPS) on how to maintain their effective presence in the country to stop the al-Shabaab militants from taking advantage.

“Under the new CONOPS, several forward operating bases are likely to be reconfigured and others folded, as troop numbers reduce. However, Amisom made an assurance that the changes will be undertaken with utmost consideration of the safety and security of populations living in the regions where the FOBs are situated,” Amisom said in a statement on Monday.

“In order to implement the Concept of Operations effectively, we will focus on conducting targeted offensive operations against the al-Shabaab to degrade its capability, deny them freedom of action and movement and secure our friendly forces in fulfillment of our mandate,” Lt Gen Wondimhunegn said.