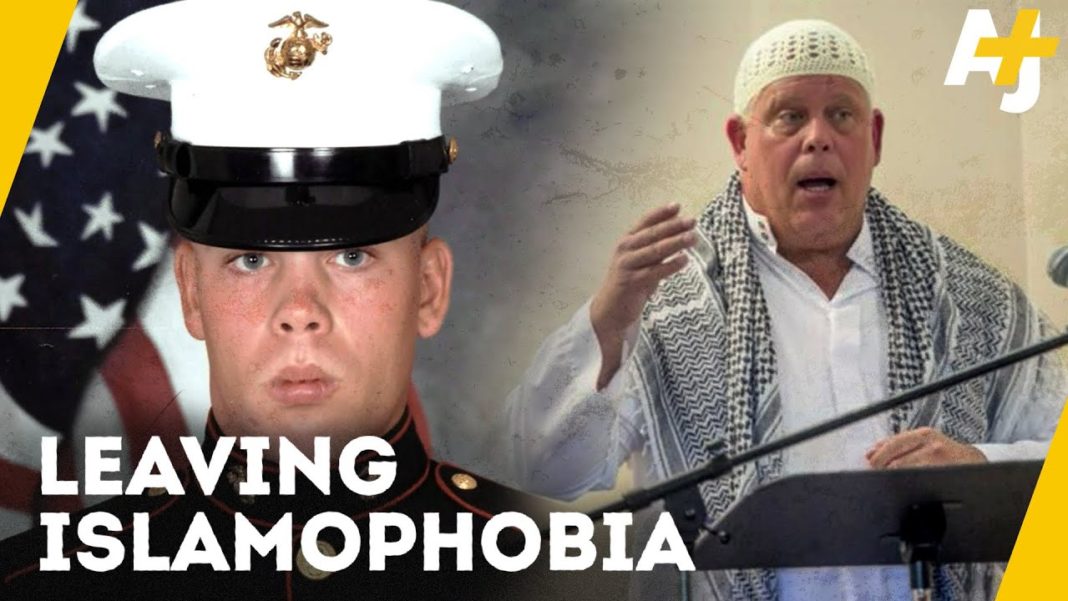 “I wanted to kill Muslims, now I am one”, Richard McKinney’s (a.k.a.Omar-Saeed Ibn-Mac)

As the world comes to terms with the recent events that unfolded in New Zealand, there is a radically different story with a similar beginning that is being shared today; one that begs the question ‘what if’. Both stories feature a man full of hatred towards Muslims and wanting to act upon this hatred. The outcome, however, is what sets them apart. Before his roles as a community activist, he was decorated in another domain, as a Marine sergeant. Having claimed the ‘Rambo’ films as his inspiration, Mac joined the Marine corps to be involved in the action.

Having served for years in the Middle East, serving in countries such as Somalia, Philippines, and South America, he claimed his time serving his country contributed towards his eventual hatred of Islām and Muslims.

I didn’t hate Islam then, but many of the things I saw were a reason why I felt the way I did later on.”

On returning home, it was his thoughts that almost led to a sinister action, to destroy a mosque and kill or injure hundreds. He planned to make his own IED (homemade bomb), set it across the Islamic Center of Muncie in a banked parking lot, dial it in, and then “watch the show.”

Nobody knew about what I was planning to do, though. I wanted to do this on my own – I had the place scoped out and everything. I didn’t even care if I got caught, I just expected that would be part of what happened anyway.”

His wife stumbled across his plans, paving the way for the FBI to investigate his doings. He continued to show no remorse:

“If I would have ended up in prison with a needle in my arm, that was going to be fine for me,” McKinney said, “I thought that by blowing the mosque up, I would be doing something good for my country…I was messed up then.”

It was when his second-grade daughter came home from school one day that things started to change. She spoke about the mother of a boy who would sit across her, wearing many scarves and a dress that would come all the way down to her feet. He couldn’t help but release his rage at this information, but it was his daughter’s disgusted reaction that made him reconsider his stance.

He sought answers from a local Islamic centre, who provided him with a Qur’ān and eight weeks after setting foot in the Mosque, McKinney embraced Islām.

“I started spending hours and hours in there, and things just made sense to me. I knew I wanted to take my Shahāda – I wanted to become a Muslim.”

Since then, he has grown in strength in the community, and has become an inspirational and integral part of people’s lives. Three years after his conversion, he became the president of the Islamic Center of Muncie. Saleem Abufares, another MSA president at the same university, said:

He is a very inspiring person and Muslim that has greatly strengthened the community and Muslim Association at Ball State”.

“He’s influenced me to work my hardest in what I do today, and he’s taught us a lot about being an inspirational friend and Muslim”.

He now continues to work on promoting Islām and the Muslim community, correcting any misinformed thoughts and feelings that many have.

“Islam is not a hateful or violent religion, and I think a lot of the misconceptions happen because we confuse the different cultures with the religion.”

This was a man who previously said the only thing keeping him alive was his hatred of Islām, but now he feels a sense of responsibility for his community.

I’ll do whatever I have to so [the Islamic Center] and the people there are protected.”

“I’m going to stand up for my community no matter what. If that means I’m [at the Center] all day and night standing guard, that’s what I’m going to do. I’m not going to let anything happen to them – these are my brothers and sisters – and that means something to me.”

The heart is so fertile for the seeds of Islām, we just have to plant one. Islamophobia requires ignorance as a condition to exist and flourish, and any time someone lifts the veil of irrational fear and hatred, sincerely looking for truth with an open heart, Allāh will certainly guide them.

As was the case of a man 1400 years ago who had so much rage in his heart against Islām, that he left his house with sword in hand not to kill just any Muslim, but the Messenger of Allāh himself, sall Allāhu ‘alayhi wasallam.

It was on the way to committing this deed—that would have earnt him an eternity in the hellfire—that Allāh opened his heart, due to some sincerity therein. He listened to some āyāt of the mighty Sūrah Tāhā with an attentive heart, which caused him to embrace Islām and pledge allegiance to the Prophet (sall Allāhu ‘alayhi wasallam) in the same journey, with his unsheathed sword still in hand!

That man then went on to become the second greatest man in the Ummah of Muhammad (sall Allāhu ‘alayhi wasallam) after Abū Bakr; one of the greatest leaders in human history celebrated by Muslims and non-Muslims alike. That was of course none other than Umar b. ‘Abd al-Khattāb, may Allāh be pleased with him.

There are likewise many other stories of enemies who went to harm the Prophet (sall Allāhu ‘alayhi wasallam) and were guided. Who knows how many noble hearts there are polluted with Islamophobia, which just require some polish and Da’wah in order to turn from the worst of the worst, to the best of the best, by the permission of their Lord?