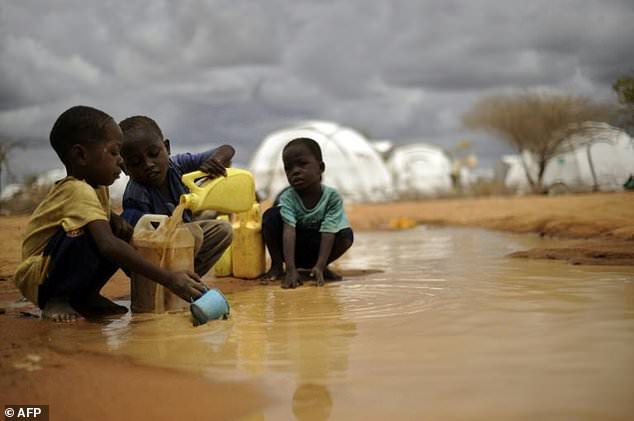 Kenya plans to shut a refugee camp that is home to nearly a quarter of a million people, mostly Somalis, in the next few months, according to an internal UN document seen by AFP Tuesday

The three-decade-old Dadaab camp in eastern Kenya would be closed by the end of August under the Kenyan plan, it said.

A United Nations refugee agency (UNHCR) document dated February 28 said the Kenyan government had sent a note verbale informing it of “plans to close the Dadaab camps within a six-month period”.

The note, which was dated February 19, asked UNHCR “to expedite relocation of the refugees and asylum-seekers residing therein.”

In the document, the UNHCR said it was committed to working with the government on voluntary repatriation to countries of origin, relocating refugees to other parts of Kenya and resettlement to third countries.

An aid worker in Dadaab, speaking on condition of anonymity, confirmed to AFP that all international organisations were aware of a plan to close the camp, but the “government is keeping it low profile”.

Dadaab was considered the world’s largest refugee camp, with at its peak some 580,000 refugees. The largest camp is now Cox’s Bazaar in Bangladesh, home to some 600,000 Rohingya refugees who have fled neighbouring Myanmar.

Dadaab now shelters some 230,000 people, the vast majority of them Somalis who fled across the border following the outbreak of civil war in 1991. Many have lived there ever since.

In May 2016 the government unilaterally decided to close the camp, saying it was a terrorist training ground for Shabaab Islamist militants based in Somalia.

Tens of thousands of refugees returned to Somalia under a repatriation package.

However, many encountered drought, hunger and dire conditions in a country where five million lack enough food and where African and Somali forces are still fighting Al-Qaeda-aligned Shabaab militants.

Amnesty International said it had documented government officials threatening refugees and telling them they had to leave, “raising serious questions about whether returns were voluntary”.

Then in February 2017 Kenya’s High Court ruled the plan to close the camp was unconstitutional, violated Kenya’s international obligations and amounted to the persecution of refugees.

Since sending troops into neighbouring Somalia in 2011, Kenya has come under repeated attack from Al-Qaeda-linked Shabaab militants.

The government has presented Dadaab as a security risk, saying Somali Islamists inside the camp planned the Shabaab attacks at Nairobi’s Westgate shopping mall in 2013 and the Garissa university attack in 2015, though it has not provided evidence.

The latest effort to shut it comes shortly after the January 15 attack on the Dusit hotel and office complex in Nairobi that left 21 dead. At least 12 suspects were arrested in Dadaab in connection with the attack.