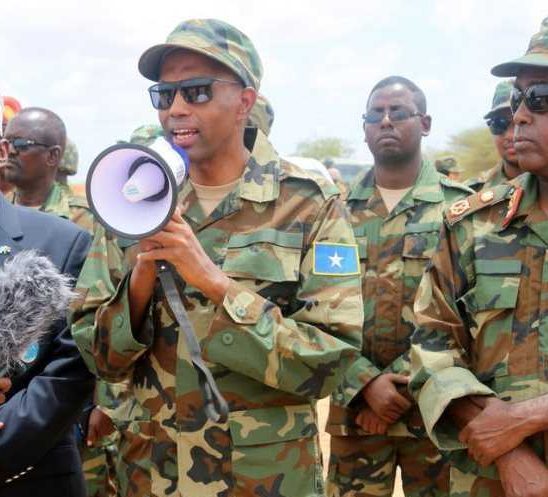 In a joint statement, the United Nations, United States, the African Union, and the United Kingdom principally signaled a Somalia security reform initiative which that country’s Prime Minister, Hassan Ali Kheyre, shared with them amid rising fears that Somalia was, in fact, on the verge of total security collapse.

The international partners diplomatically gave the PM tacit, verbal support but did not, as expected, did not give him any solid pledges to bail him out of the mess his government is in by failing to pay or feed its troops despite the millions upon millions of funds paid it to expressly do so by western countries, Qadar, Turkey and – occasionally – by Saudi Arabia.

The United Nations, African Union, European Union, the United Kingdom and the United States welcome the initiative by Prime Minister Hassan Ali Khaire to brief partners on reforms in the security sector and the Government’s plans to continue to improve security.

We are encouraged by the determination of the Federal Government of Somalia to implement necessary security, economic and political reforms, and we underline our support for this work. We look forward to a further discussion at the Somalia Roundtable to be held during the World Bank-International Monetary Fund spring meetings in Washington in April. We also look forward to important decisions in the context of continued support to AMISOM as it transfers security responsibilities to Somali-owned security.

We believe the full implementation of these reforms will contribute to stability and prosperity for the Somali people and the wider region. We encourage stakeholders to support and coordinate collective efforts to help the Government and people of Somalia achieve these reforms through an inclusive dialogue process.