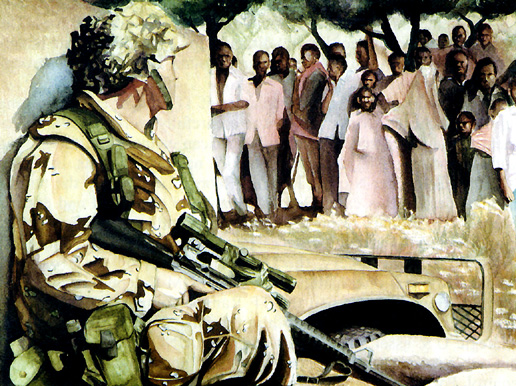 Somalia is a sinking ship with all lifeboats tied to it!

On December 13, 2018, national security adviser John Bolton, in a speech at the Heritage Foundation, unveiled the Trump administration’s Africa strategy, key components of which were, first, advancing trade ties to enable allies to thrive, and second, countering “radical Islamic terrorism.”

It is ironic, then, that in the Horn of Africa, the Trump administration now doubles down to do the opposite. As China moves into Djibouti and Ethiopia and as the US-funded government in Mogadishu increasingly offers its strategic assets to China, the State Department has decided to break past precedent and turn its back on Somaliland, the only stable, secure, and truly democratic region in the Horn of Africa, even as Russia seeks to move in on the territory.

More important, however, is that the US State Department is, through either neglect or malpractice, risking a resurgence of radicalism in the Horn of Africa. Most of Somalia descended into chaos in 1991 as warlords and politicians fought over and looted government agencies and foreign aid. Along the Gulf of Aden, however, Somaliland remained stable and has been de facto independent ever since. In effect, Somaliland is to Somalia what Taiwan is to China. In terms of stability, it is what Iraqi Kurdistan is to Iraq, although, unlike Iraqi Kurdistan, it has embraced a more democratic (and less corrupt) order.

Somalia remains a mess. Just as in the run-up to Somalia’s initial collapse, the State Department’s policy seems simply to throw cash at the problem, apparently unaware that flooding failing governments with money exacerbates corruption and hastens collapse. (Perhaps it is time for the Senate Foreign Relations Committee or the House Oversight Committee to call US ambassador Donald Yamamoto to explain his direction of a policy that has cost US taxpayers hundreds of millions of dollars.)

While the United States recognizes a Somalia federal government, which in turn claims authority over the entirety of the country, in reality the central Somali government does not control more than a few city blocks in Mogadishu, and even that depends on an African peacekeeping mission that should expire next year. In a worrying development, earlier this month the Somali National Army disintegrated in the face of an al-Shabaab attack on Balad, just 20 miles from the capital. Al-Shabaab also reportedly took Dhanaane, just ten miles south of the capital’s main airport, amid the federal government’s failure to pay its troops. On March 23, an al-Shabaab bombing killed the country’s deputy labor minister and at least nine others in the heart of the capital. Somalia’s President Mohamed Abdullahi Mohamed, commonly known as Farmajo, appears helpless to do anything about Somalia’s spiral into the abyss and now seems more eager to travel outside the country on the international donors’ dime.

The only thing worse than a sinking ship is a conscious decision to tie all lifeboats to it as it goes down. Alas, that seems to be Ambassador Yamamoto’s policy. Unlike previous American diplomats assigned the Somalia file, he has not stepped foot in the region. Security is no excuse: I recently visited Hargeisa, Berbera, and Borama in Somaliland and was able to stay in ordinary hotels and walk around without any security. And not only does Yamamoto refuse to distribute any support to Somaliland to enable it to continue to push back al-Shabaab, but the State Department and the US embassy to Somalia also oppose commonsense military liaisons and communications between AFRICOM (United Stats Africa Command), the Djibouti-based CJTF-HOA (Combined Joint Task Force–Horn of Africa), and Somaliland’s defense ministry and coast guard.

It gets worse. While the United States supports reunification talks between Somalia and Somaliland, it has so far deferred responsibility for them to Turkey. Turkey, however, seems more intent on extracting as much money as possible for projects from Somalia’s corrupt leadership and on fanning the flames of radicalism in Somalia. Some Turkish journalists, for example, have reported that Turkish intelligence officials transferred $600,000 to al-Shabaab in 2012. More recently, the Turkish press has reported that SADAT — basically, an Islamist Blackwater founded by a military adviser of Turkish president Recep Tayyip Erdogan — has opened a facility in Somalia and is training Somali radicals. To trust Turkey to put democracy and US national-security interests above Erdogan’s penchant for radical Islamism represents the worst of State Department naïveté or policy inertia.

So what should the United States do to triage Somalia and preserve the American interest in the Horn of Africa?

Transparency in the expenditure of US aid to Somalia is common sense. Given that the embassy represents the United States to all of Somalia, US diplomats should visit all parts of it, including Somaliland, and funds should be expended only in those areas where audits are possible and where politicians can deliver. No US funds should support any entity that then turns around and opens its doors to China. Nor should US money go to the Somali government so long as its president prefers to travel abroad rather than manage the problems in his country.

It will cost the United States nothing to assign a liaison at CJTF-HOA in Djibouti to communicate regularly with Somaliland’s defense forces. With only 1 percent of the current US allocation to Mogadishu, the Somaliland army and coast guard could fund its already successful operations to counter-piracy, deny al-Shabaab space, and stop weapons smuggling.

In addition, given the scale of US assistance to Mogadishu, the State Department (or Pentagon) should take over or join the mediation to unify Somalia or define the relationship between it and Somaliland. Here, the State Department is lucky to have any number of former diplomats whom it can appoint as a special envoy for the purpose. (Peter Pham, an old Africa hand, is currently serving as special envoy to Africa’s Great Lakes Region but is intimately familiar with the Horn and perhaps can be dual-hatted.)

One thing is clear, however. For the State Department and Secretary of State Mike Pompeo to sit back and do nothing will embolden America’s adversaries, waste hundreds of millions of dollars, and enable al-Shabaab and other terrorist groups to expand and perhaps destabilize the remaining oases of security in the Horn of Africa.