Berbera International Airport has one of the longest, safest runways in Africa. It boasts of 4.8 kilometers uncluttered runway that can accommodate jets of all types – passenger, military, cargo or otherwise. 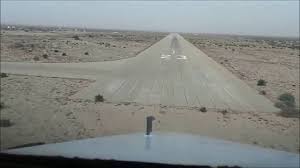 The airport had been voluntarily shut down in 2017 following an MOU in which the government of Somaliland granted the United Arab Emirates the right to build a naval/military in an area that engulfed the airport grounds – some 9 kilometers southwest of the Red Sea port area.

The agreement stipulated that the UAE build an alternative airport for civilian use. Instead, the Emirates went ahead with the construction of its base, leaving incoming travelers no choice.  Egal International Airport in Hargeisa became, by default, the only runway that could accommodate passenger jumbo planes.

But, this appears to be changing in the immediate future.

“One of the key issues that we have discussed with the UAE government and have reached an agreement on is the re-opening of Berbera International Airport to civilian aviation,” His Excellency the Somaliland Minister for Foreign Affairs and International Cooperation, Professor Yassin Haji Mohamoud Hiir ‘Faratoon’, told the local press, Sunday.

The Minister was among delegates His Excellency the President of the Republic of Somaliland, Musa Bihi Abdi, led to the Emirates three days earlier on an official visit and which had just landed minutes earlier at Egal.

The Minister said that Berbera IA will, in addition to civilian transport, accommodate the UAE base when required.

Minister, however, said nothing about what happened to the 2017 agreement proviso which obligated on the UAE to build a new alternative airport for civilian use since it sequestrated the only one in the area – or funds earmarked for the construction will be used for other, more practical programs.

Berbera Airport was built in the early 70s by the then Soviet Union for both military and civilian use which, also, established a missiles/navy base at an area a stone’s throw away from the airport grounds. Much later, in the 80s, control of the area changed hands which happenstance led to the US holding USMC maneuvers/field exercise in the area in 1983. 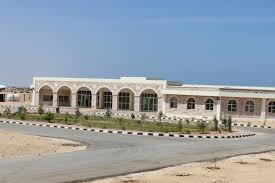 Since those early days, no major rehabilitation had been undertaken until during the reign of President Ahmed Mohamed Mohamoud ‘Siilaanyo’, Kuwait injected a substantial input running into millions which facelifted both Hargeisa and Berbera airports.

Reopening Berbera airport is a welcome development which breathes a soothing breeze on an agreement which had, of late, been drawing a lot of criticism due to, chiefly, the slow base of its progress and – with some critics – the over-priced few equipment which the UAE ports operator, DP World, added to the port since it took over management in early 2017.