At a joint session of the Somaliland bicameral parliament, today, the House failed to approve a State of Emergency Bill which His Excellency the President of the Republic of Somaliland, Musa Bihi Abdi, submitted them for ratification.

Out of a possible 184 MPs, 107 attended today’s session. After the Presidential Decree and the latter of request for ratification was read out to the members, the House of Representatives House Speaker, Bashe Mohamed Farah, chairing the session in the absence of the Guurt Speaker, put the issue to vote. He asked the floor to raise hands, first, if they approved. 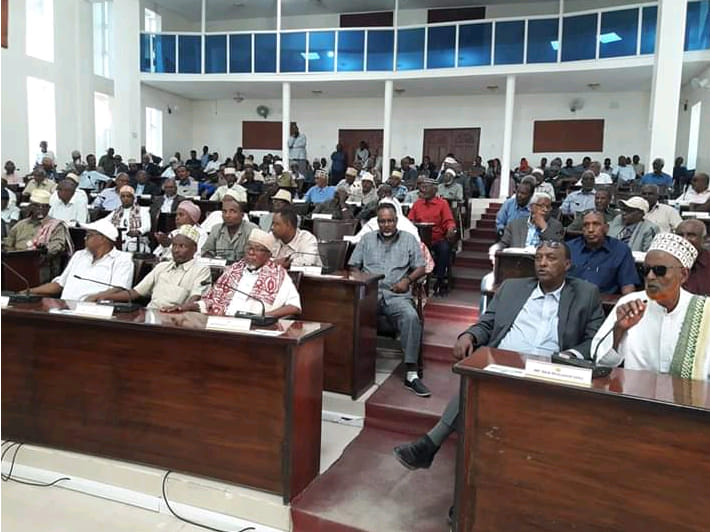 Realizing what was happening and the irreversible outcome of the situation, the House Speaker hastily slammed down the gavel adjoining the sitting to an unspecified follow-up session.

The House erupted into an angry uproar protesting the unconstitutional exercise of power on the part of the Chair which was way outside the dictates of the mandated procedure.

Speaking to the press, a number of MPs quickly castigated the Chairman for his action. They said the closure of the session only means one thing – that the government wished to pass the law by force or by guile and by any means possible even if it was not warranted.

They said the government did not exhaust other venues to solve security issues in the area before slamming a state of emergency among a civilian population that was already heavily burdened by an economic recession, looming drought, a dearth of drinking water and pasture for livestock – among a myriad of equally disturbing issues thus further debilitating morale.

Had Parliament approved the Bill today, 40% of Somaliland Republic would have been placed under emergency rule. Many believe that the President did no adequately consider the ramifications of his degree and, especially, the red flag it would place om Somaliland’s much-touted but under-marketed security and stability.

On Tuesday, President Bihi imposed a state of emergency rule on the districts of Garadag, El Afwein, and Erigavo – the latter being the capital of Sanaag, the largest region among Somaliland regions. The decision followed the killing of two government officers, that day, in the Garadag area. The officers were waylaid by an armed gang who accused the officers of causing the death of one of their own in an Erigavo detention center last week.