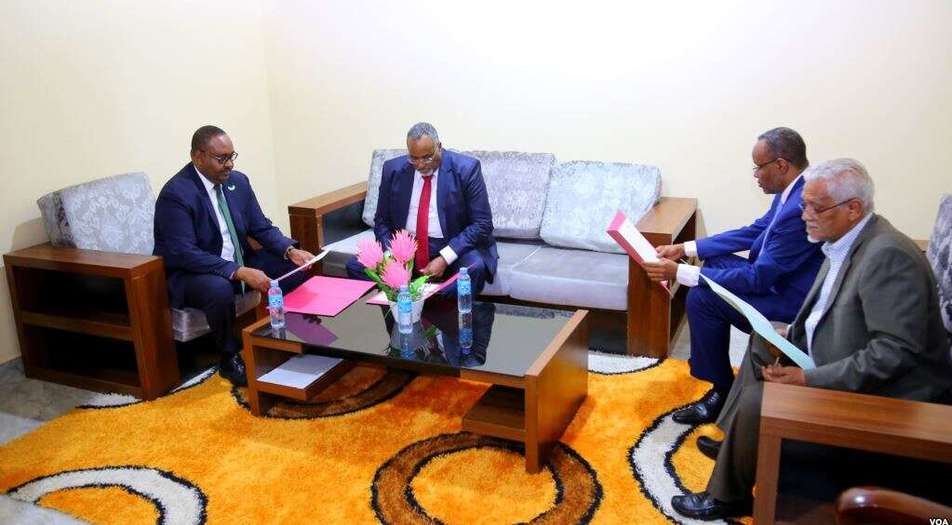 Following the failed consultative forum in Garowe, the leaders of Puntland, Southwest, and HirShabelle states have held a trilateral meeting in the city.

The meeting hosted by the Puntland government was also attended by ministers from the Federal Member States. A joint communiqué has been released at the conclusion of the crucial talks

Per the statement issued on Sunday, May 12, the sides agreed to work on the unity of the country with a government based on Federal constitution, justice, and supremacy of the law.

The Federal States highlighted the importance of broad cooperation in the implementation of the Federalism system that Somalis agreed following decades of conflict that ravaged their country.

The leaders pledged to cooperate in the fields of the security, counter-terrorism, development of the statehood, trade, humanitarian and finding way out for the Internally displaced people [IDPs].

“It has been agreed to revamp security in general and fighting against the terrorism in particular as well as to swap criminals,” read the statement, seen by Garowe Online.

In addition, the trio Federal States welcomed the outcome of the national development plan held in Garowe on 7th May and lauded decision by state-level finance ministries boycotting the new tax bill at the Somali parliament pending for endorsement.

“Puntland is ready and committed to assisting the Federal States [Southwest and HirShabelle] with both experience and financial support in developing their institutions,” said the communiqué.

Puntland was established in 1998.

The birth of the new cooperation comes after the meeting between the leaders of the central Government and the Federal Member States ended without a deal on the political deadlock in Somalia.