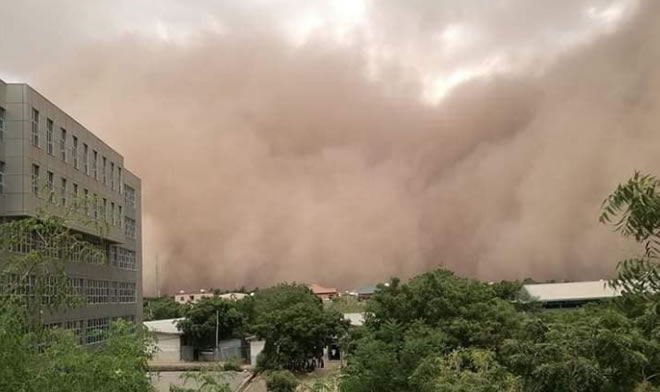 A massive dust storm hits Dire Dawa, in eastern Ethiopia and surrounding areas. According to local reports, the storm lasted for few hours.

Assistant Prof. Yonas Tadese, a geography lecturer at Dire Dawa University told state-run ENA that the phenomena is the result of a low air pressure that moved to the northern hemisphere.

The cloud of dust that starts from Djibouti and passed through Somaliland before entering Ethiopia, could ruin everything as it moves very fast.

However, the chain of highlands in Eastern Ethiopia that are covered with vegetation could help to minimize its speed.

Witnesses in Dire-Dawa and Kulbi said the cloud of dust has covered the sunlight for a while, which left the areas dark.