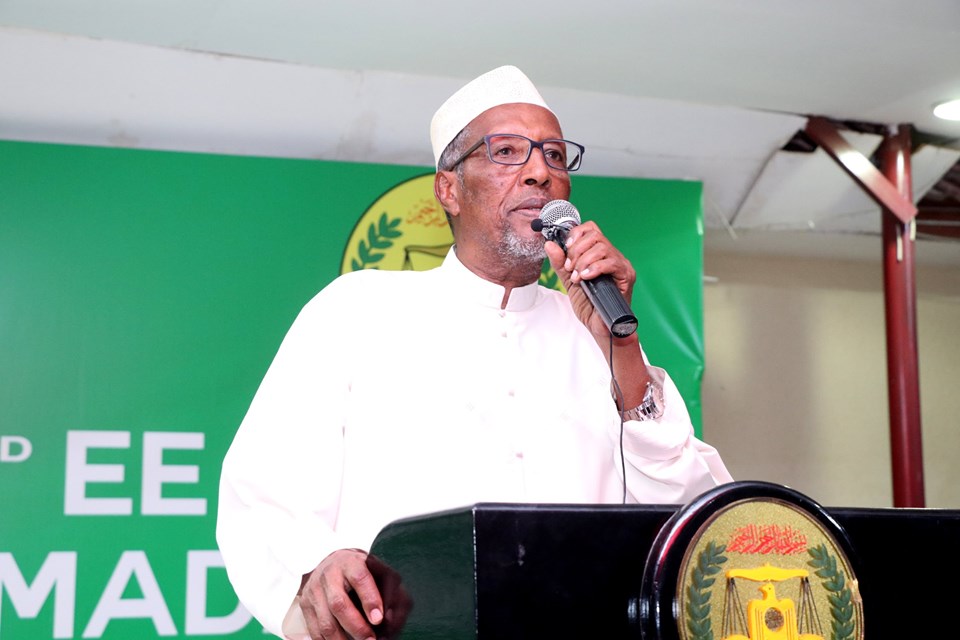 His Excellency the President of the Republic of Somaliland, Musa Bihi Abdi, renewed peace offer calls which he and his predecessor, Ahmed Mohamed Mohamoud ‘Siilaanyo’, had made to Puntland.

The president speaking, Saturday evening, at a banquet he threw for the Organizers of the day’s 18 May festivities, traditional leaders, political parties, civil society organizations and, above all, delegates from over 11 countries who participated in 28th commemoration of Somaliland’s restoration of its aforelost independence, reiterated that Somaliland the Republic of Somaliland stood for peace and regional stability offering its neighbours peaceful coexistence with one another.

“I wish to underline here once more that Somaliland, as a whole, would live with all neighbour countries in peace. I would specifically mention Somalia, with whom we have much difference going back to over thirty years, and with whom we share a 500-km-long border through Puntland,” President Bihi said.

He went on, consequently, to address Puntland directly in his message.

“For Puntland, we wish to offer you peace, brotherly relations and peaceful co-existence,” he said.

The president said he hoped that he wished that Somaliland and the Puntland Federal State of Somalia open a new page and that no more military engagements occurred between the two sides.

“I wish that we be two countries whose economic, trade, education and social relations were fostered by these brotherly relations,” the president said, alluding to the fact that through Puntland, Somalia could benefit from more amenable relations between the Republic of Somaliland and Somalia’s Puntland.

The President, then, stated how he wished to go about the realization of his country’s peace offer.

“Taking advantage of this opportunity, I would lie to state that Somaliland is ready to set prisoners caught in the military engagements between the two sides in the Tukaraq area from early 2018, asking Puntland to hand offer what Somaliland prisoners they had in custody,” President Bihi said.

The president said he would like for the two sides to re-engage international mediation partners who, for some time, had been trying to strike a lasting peace between the two sides. Exchange of prisoners was among four points they tabled to the two sides which Somaliland accepted but, for some reason or another, were not all palatable to the former Puntland administration.