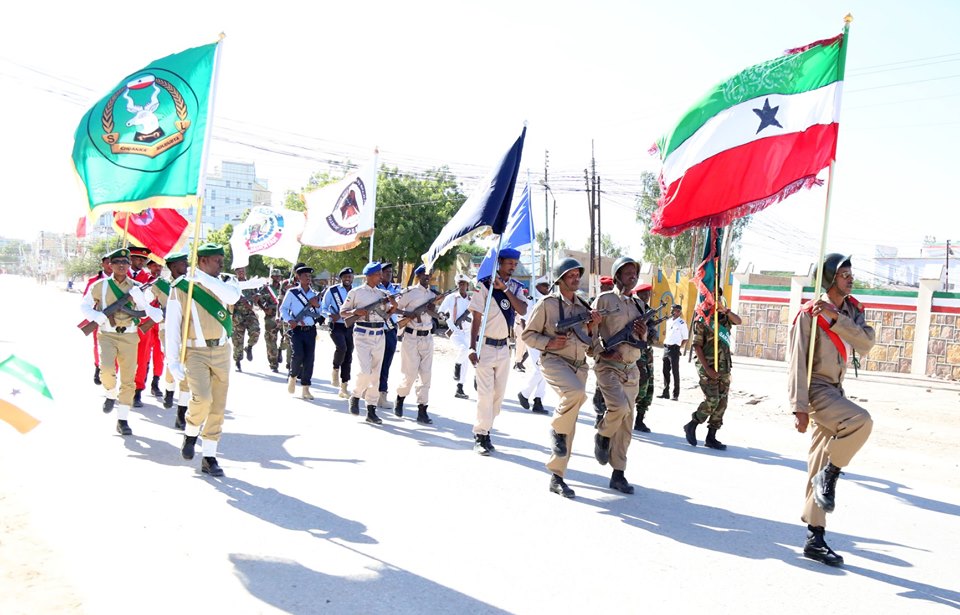 Somaliland Armed Forces, whether they are military, police or prison force, are self-less servants for the country and for the people and are solely responsible for the defence, internal security and safety and order of the country and the nation.

Joining armed forces is voluntary and not forcible. Once a person (soldier) is enlisted for the armed forces, takes an oath of the service and puts on a uniform for the national duties, they have no allegiance for a particular tribe, party, region or group but for the nation and for the country. They should be given maximum respect for the service. Their sole duties are to defend the country from external aggression or invasion and to keep the internal security and safety to make sure that the nation lives in peace and safety for making progress and development in tranquillity for self-sufficiency and better life.

Politicizing armed forces undermines and weakens their patriotic duties to defend the country from external enemies and to protect it from internal insecurity, anarchy and chaotic situation. The public sleeps safe and works safely with the armed forces. So, people should support and respect their armed forces all the time.

The definition of a national military means that the members of the army are from all tribes or ethnic groups of a country balanced well in their enlistment and accepted by the public as national armed forces while militia is defined as an armed group of a particular tribe run by renegade political leader. Any political leader who organizes or forms an armed tribal militia fights the peace, stability and common good of a nation.

According to military doctrine, the success and accomplishment of the armed forces depend on fulfilling military discipline and regulations expressed in military law of a particular nation. Military Discipline is a state of order and obedience existing within a command to promote patriotism and nationalism. For being a national army, Somaliland military can have strategic bases in any region or place of the country.