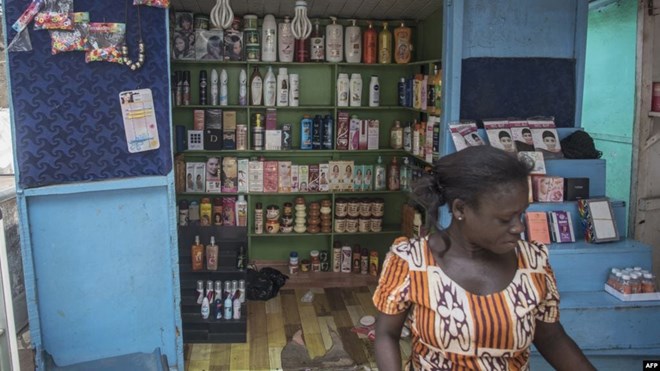 The East African Legislative Assembly passed a resolution this month to ban the manufacture and importation of soaps, cosmetics and beauty products containing hydroquinone, an ingredient often used in skin bleaching.

Gatpan said the resolution is intended to promote the beauty of natural, black skin and to protect people from the dangerous side effects of using products and soaps containing hydroquinone.

“Here in the East Africa region, we have seen both men and women are using cosmetic products that contain hydroquinone. This is a threat to the natural skin,” he said.

A resolution passed by the East African Assembly becomes law if the heads of states of member countries approve the measure.

Gatpan said he is confident a ban on the sale of skin-bleaching products with hydroquinone will become law in South Sudan because Juba has acceded to the East African Treaty, which provides for a customs union.

“According to Article 65 of the treaty, the clerk of the house will be able to disseminate the motion that has been passed about the ban to all the partner states. When it reaches the partner states, in our case for South Sudan, the minister for Trade and East African Affairs will be given this motion officially,” Gatpan told South Sudan in Focus.

Gatpan said he expects ministers in the East African community to provide guidance on how to enforce the ban.

Dr. Alier Nyok, a dermatologist at Juba Teaching Hospital, said the main bleaching agents — corticosteroids and hydroquinone — were initially used as medicine for treating certain skin conditions, but manufacturers have taken advantage of their popularity.

“These agents destroy the cell cycle melanocytes, which produce the melanin. The body becomes unable to produce the melanin, the pigment which is responsible for the normal color of the skin. When the pigment is lost, the skin becomes lighter. When this protective function is lost, it’ll be easy for the ultraviolet rays to penetrate the skin and may lead to skin cancer,” Nyok told South Sudan in Focus.

Mary Yar, a 25-year-old Juba resident, has used skin-bleaching products for years and will continue to do so to maintain her lighter skin.

“This beauty product to use as women brings us beauty. It keeps your skin beautiful and adds to the value of your skin,” Yar told South Sudan in Focus.

But Juba resident Akuol Deng, also 25, said after using skin-lightening products for one year, she decided to stop.

“I used different soaps, and also the lotions. Then when I came to my realization that it changes my skin, I stopped using it. It took me three months to regain normal skin color,” she said.

Kenya and Tanzania banned the use of skin-bleaching products, but smugglers still find ways to get the products inside countries to meet demand.