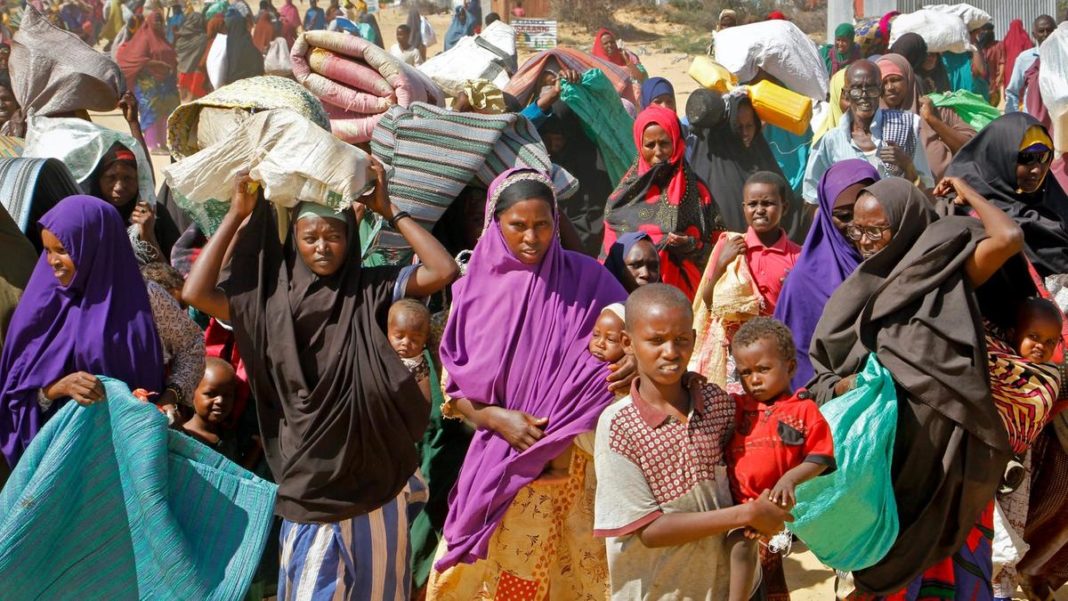 Plagued for decades by conflict, the east African nation is now facing a deadly drought

The fall of President Siad Barre in 1991 propelled Somalia into civil war, as warlords began cleaving the country apart. Even though an internationally recognised government was installed in 2012, following intervention by troops from Ethiopia and the African Union, Somalia remains synonymous with conflict, terrorism and piracy. But there is an equally deadly threat that receives significantly less attention: famine.

This week, Mark Lowcock, United Nations undersecretary for humanitarian affairs, revealed that 2.2 million people could die of starvation in Somalia by the end of the summer if international aid is not quickly sent to the drought-stricken nation. Their effects worsened by conflict, two previous droughts in Somalia in 1992 and 2011 claimed thousands of lives. This is one of the driest rainy seasons in more than 35 years, and the world must step in to assist the people of Somalia – and those also at risk in Ethiopia and Kenya. And yet, UN agencies announced last week that they have been forced to cut back in Somalia because of a lack of funding. According to Mr Lowcock, at least $700m in assistance is urgently needed, before millions run out of food. The world must now come to the country’s aid.

Plagued for decades by conflict and insurgency, the Somali government in Mogadishu cannot provide for its people. As a result, extremist groups such as Al Shabab have seized patches of territory across the country, and subjected the people to their barbarous rule. Some states, including autonomous Somaliland and semi-autonomous Puntland, have walled themselves off, experiencing economic growth and relative stability, with the assistance of foreign powers, including Saudi Arabia and the UAE.

Still, the people of Somalia are blameless, prevented from living stable lives by both conflict and drought. “There’s not really any question in my mind that these more frequent droughts are related to global warming and climate change,” said Mr Lowcock, pointing out that droughts used to occur once every six years, but now occur every two or three in the Horn of Africa, exacerbated by weather systems such as Cyclone Idai in March.

With drought depriving hungry families of water and food, killing livestock and increasing the risk of disease, the world must unite to prevent another humanitarian catastrophe in Somalia. It is worth remembering, for instance, that piracy in Somali waters began after commercial fishing destroyed livelihoods there. The UN’s Central Emergency Response Fund has allocated $45m so far, but that is not nearly enough.

With Somalia’s history of catastrophic violence and instability, the world has become immune to the suffering of Somalis. But there is still a window of opportunity to prevent this looming humanitarian catastrophe. We must not let it close.