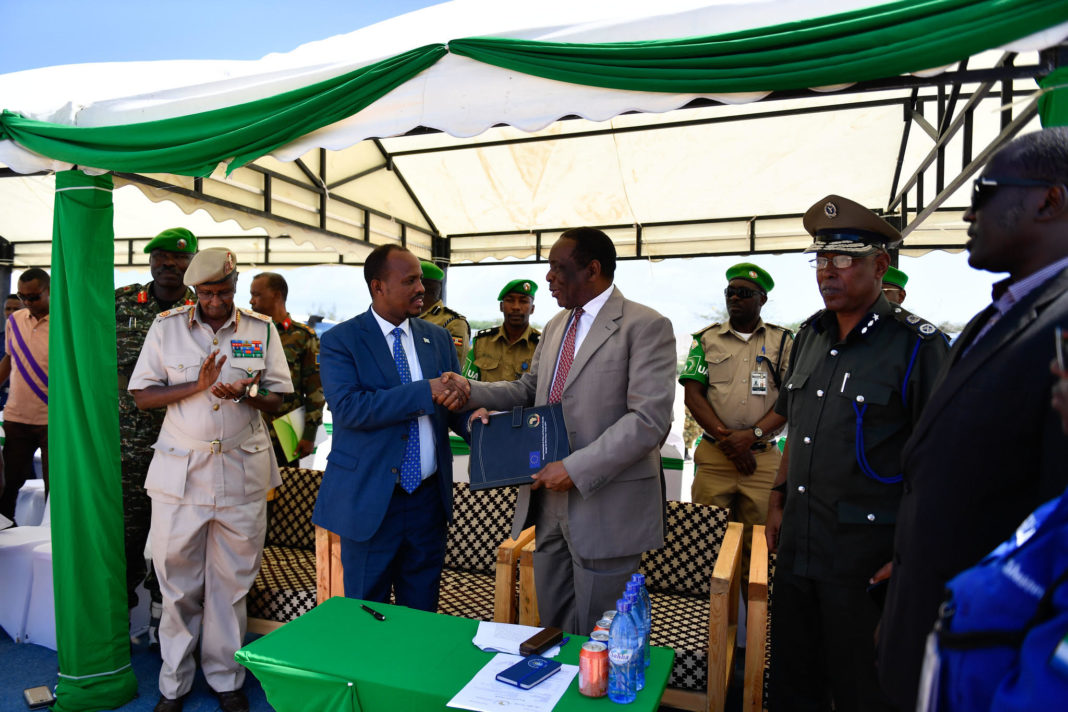 In order to enhance the capacity of the Somali security forces as they intensify operations to liberate the country from militants, the African Union Mission in Somalia (AMISOM) has donated specially-designed refrigerated containers for storage of fresh food and supplies, and for moving items required to be in a controlled room temperature.

Speaking during the handing over ceremony of the six containers, the Special Representative of the Chairperson of the African Union Commission (SRCC) for Somalia, Ambassador Francisco Madeira, congratulated the Somali security forces for their role in liberating Bariire town in the Lower Shabelle region, and said that AMISOM would continue to motivate and support the Somali security forces. 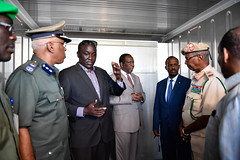 Four of the donated containers, went to the Somali National Army (SNA), and two were received by the Somali Police Force. The specialised containers have a capacity of 34 tonnes.

“As we move into the more critical stages of implementation of the Somalia Transitional Plan in the coming months and year, allow me to reiterate the critical importance of having a well-funded, well-resourced and adequately-supplied Somali security forces. In the coming months, AMISOM in consultation with the Federal Government of Somalia and partners will be transferring Forward Operating Bases to the Somali security forces. This is in the spirit of the Somali Transitional Plan,” Ambassador Madeira said.

Somalia’s Federal Minister of Defence, Hassan Ali Mohamed, thanked AMISOM for the donation. “It is a privilege to receive the six containers from AMISOM on behalf of the Somali security forces, the government and the people of Somalia. As Ambassador Madeira said, this is what we need right now as we are carrying out military operations against Al-Shabaab militants,” said Mohamed.

Commissioner of the Somali National Police Force, Maj. General Bashir Abdi Mohamed, who was present at the event, said: “We are very grateful to the SRCC and AMISOM in general for their unyielding support day in, day out. It inspires us. It motivates us. It is not the first time they have assisted us and I am sure it will not be the last.”