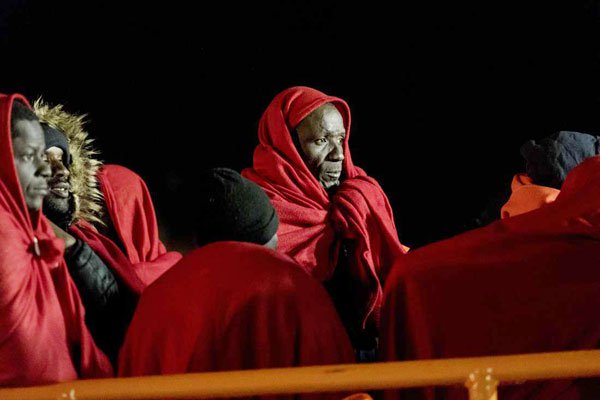 While the world’s attention is focused on ensuring peace returns to South Sudan, the country’s capital Juba is turning into yet another lucrative hub of human trafficking on the continent.

In a report prepared for the Inter-Governmental Authority for Development (Igad) and Interpol, the Research and Evidence Facility (Ref) consortium says criminal networks are exploiting the weakened law enforcement brought about by civil war to operate in the country with impunity. Ref is a European Union Trust Fund for Africa.

The report, titled Disrupting the finances of criminal networks responsible for human smuggling and trafficking, says the main perpetrators, operating in collusion with corrupt government officials in South Sudan, come from Somalia and target people from across East Africa.

But these networks can be stopped, suggests the report, if governments and international agencies intercept the money and subject the agents who profiteer from the vice to the rigours of the law.

Laura Hammond, the team leader of Ref at Soas, said the criminal networks have come up with new routes and employ legal mechanisms in Niger, Algeria, Turkey and Europe in a bid to evade the law.

The networks, taking advantage of strife and joblessness in countries across Africa, have been operating a complicated ring that spans Somalia, Ethiopia, Niger, Algeria, Libya and Turkey.

However, these networks — awash with money — are extending their reach while changing tack in a bid to evade capture by law enforcement agencies.

Smuggling people out of Ethiopia is underwritten by money laundering schemes through registered travel agents, who recruit would-be migrants.

The networks in Ethiopia gradually take control of migrants’ journey.

In practice, once the migrants are on the way, the smugglers and traffickers communicate with or investigate migrants’ family to assess potential worth. The families of migrants are obliged to make payments to other countries as a means of mitigating the risks of prosecution in Ethiopia.

Cash transfers are mostly through informal unregulated operators who do not comply with international financial transfer regulations. Criminal Investigation Bureau (CIB) in 2018 recorded payments of up to $ 4,474.80 to travel from Ethiopia to Saudi Arabia.

“Upon arrival, migrants travelling under this scheme usually do not show up at places of employment and do not visit their relatives. They remain under control of criminal network until all payments are cleared,” said Mr Chordi.

He said the networks sometimes release captive migrants when they are sure they cannot extract payments from their relatives.

Sudan and Ethiopia formed a joint military task force in August 2018 to combat human trafficking but the illicit networks have managed to stay largely elusive.

“Criminal networks are adjusting to presence of military task force by using less regulated border passages away from the main roads,” said Ref.

Informants told the research team that migrants upon arriving in Turkey from Ethiopia can either go by road or sea to Greece in their attempt to enter the EU.

A boat transfer from Turkey’s coast to prearranged Greek island costs $2,796.75. Vehicle transfer overland from Istanbul to Athens costs about $3,915.45.

“Overland movement is an easier way to ensure smooth entry unlike islands. There is no fingerprinting at immigration point by road,” said Manchester University’s migration and development expert Oliver Bakewell.

Payment is made upfront in cash before leaving Turkey. Many migrants become “stuck” in Greece for lacking resources to pay for the rest of journey or because under the Dublin III Convention they are legally required to claim asylum in the first country they arrive in.

According to Manchester University Global Development Institute large proportion of migrants in Ethiopia, Sudan and Libya crossing the Sahel are Eritreans.

Upon monitoring banking activities of Eritrean networks operating between Africa and Europe, the US noted systematic transfers of the same amount of $3,200. Forty of monitored accounts containing over $4 million each are managed by family members of smugglers and traffickers who transfer funds from Europe to countries where anti-money laundering rules lenient.

“Dubai is regularly mentioned as one of these countries. Since 2018 legal means of leaving Eritrea have increased. Migration out of Eritrea monthly has grown from 1,200 to 1,500,” said Ms Hammond.

She said these consist of overland travel to Ethiopia and affordable commercial flights out of Asmara to Turkey through Cairo. The availability of facilitated Turkish visas has created a new pathway to Europe.

The US State Department as of June 28, 2018 reported that the Eritrean government does not “fully meet the minimum standards for the elimination of trafficking and is not making significant efforts to do so”.

According to UNHCR’s Libya registration fact sheet of September 2018, the active asylum seekers who are identified as Eritreans formed the third largest group at 6,328 persons.

In Somalia, agents known as mukhales recruit migrants on behalf of smugglers and traffickers.

“Mukhales encourage youth to travel, negotiate on behalf of smuggling and trafficking groups on price of trip from Somalia to their destination,” she said.

It is estimated Bossaso, a city on the southern coast of the Gulf of Aden, has at least 15 active mukhale networks. Operation expenses of networks like bribes for corrupt officials, food and drink for migrants are funded by wealthy business people.

“Financiers expect return on investment which they acquire once migrants arrive at destination and they or their families send money. Migrants pay upfront portion of costs and their relatives pay while enroute,” said Ms Sturridge.

She said each network spans four border zones along the journey through Ethiopia, Somaliland, Somalia to Yemen. From Somalia and Ethiopia departure points to Yemen are Ba’ad, Eelaayo, Mareero and Shimbiro on Puntland’s northeast coast.

Passage along the route is streamlined by translators and negotiators using trusted checkpoints and financial transfers in variety of denominations, reflecting weaknesses, strengths, priorities or vulnerabilities of authorities on both sides of borders.

“The characteristics of criminal networks and activities in this zone are shaped by local ethnic, social and cultural dynamics,” reads in part Sahan’s report issued in August 2018 about characteristic of contraband networks.

“This also helps to facilitate movement through the contested border area between Somaliland and Puntland,” said Ms Sturridge.

Money earned from trafficking and smuggling of human beings moves between the Gulf, Turkey and Africa to evade detection. Once it has been brought to the country of region, the cash is deposited into money services businesses or financial institutions.

“There is some indication laundered money is re-injected back into national banking systems. In most cases, the destinations of the funds are Kenya, Somalia, Sudan, Libya, Turkey and Dubai,’’ said the Ref consortium.

According to the consortium, there is no platform for co-operation between East and North Africa thus limiting ability to build cases on financial aspects of trafficking and smuggling of human beings. This means proceeds from such activities are hard to be brought under anti-money laundering laws for asset seizures to be made.

Efforts to combat illicit financial transactions linked to trafficking and smuggling from Africa are still at an early stage considering the smuggling of humans relies less on clandestine movement and more on ‘commercial travel’.

Although financial investigation units in the continent have begun to address financial transactions associated with trafficking and smuggling of human beings, governments and investigators are constrained by lack of data, weak legal frameworks, corruption, limited regional cooperation and information sharing tied to limited human and investigative resources.

Further, the report by Ref calls for a new approach to dealing with these networks, one that will not only undermine their capacity but also eat at their financial might. Such an approach requires innovative ways of gathering and sharing information, intelligence and evidence of the processes that underpin smuggling and trafficking operations and the networks behind them.

As Violence Soars in Refugee Camps, Rohingya Women Speak Up