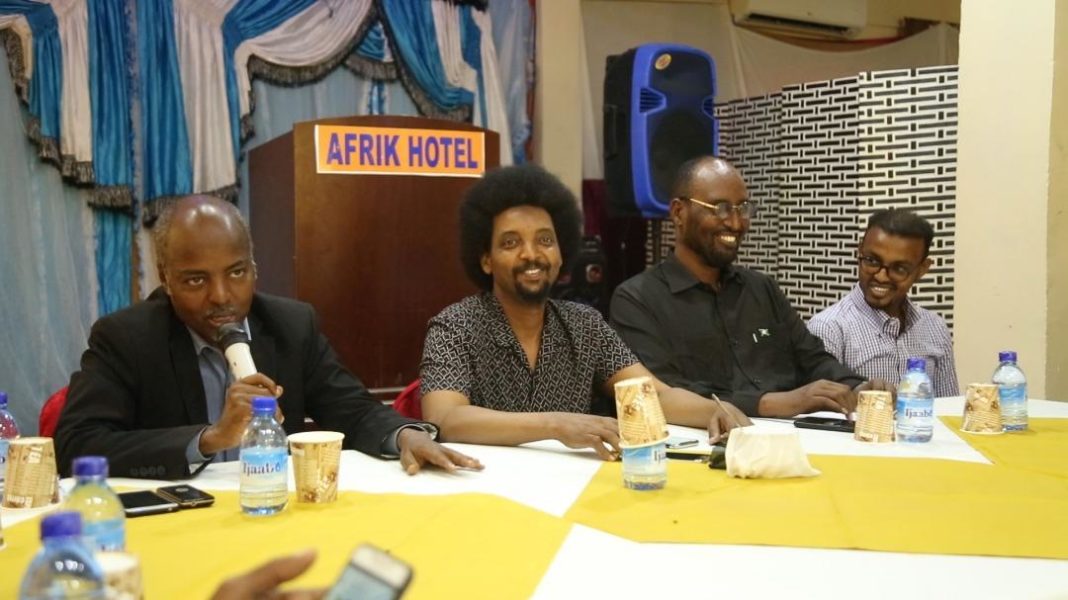 Along the lines which the few but powerful, independent media outlets in Somaliland adopted to safeguard national interests, promote peace, encourage an exchange of development ideas and to help foster a free, democratic and pluralistic society, Somalia media outlets decided, Thursday, to sideline personal interests for national ones.

in the early 90s, Somaliland was just emerging from a devastating, 10-year long fight against a brutal military regime. It was a time that people were slowly healing from the traumas and shocking realities of war with no holds barred against one of the best armed military machines in Africa at the time. It was a time that reconciliation among clans who were previously pitted against each other was not only timely but lifesaving.

At a time neighboring Somalia is facing a myriad of divisive issues internally and internationally, it appears that most of its leading outlets are realizing that they had a role to play.

The difference is evident in the writeup below: Somaliland media practitioners were motivated by internal concerns, Somalia’s more with external issues at the head of which is the maritime dispute with KENYA.

Hassan Istiila, a senior freelance journalist who, in the past, worked with both national and international agencies including Anadolu News Agency and the BBC, reports the event on a LinkedIn post:

“After several recent meetings, a consultative meeting was held today in Mogadishu on June 20, 2019, in which editors, reports, producers, journalists, owners of media Companies and expert journalists. The discussion focused on the importance of reporting news related to national interests and Kenya’s claim ownership of the Somali territorial waters and how Somali media cover the national issue. The participants discussed the importance of unifying efforts on the public interest where media plays a vital role in defending national interests.

At the end of meeting, participants agreed on the following seven points including:

1. Somali journalists cannot be neutral about national cause and have to defend it.

3. As of today, Somali media should not use terms that do not serve the interest of the nation, such as the use of the maritime dispute between Somalia and Kenya, but to use of the term of Kenya’s claim to Somali maritime territory instead.

4. The Government provides information on national issues to Journalists and to establish an information Center for current issues of our maritime territory to avoid false information spread in public.” 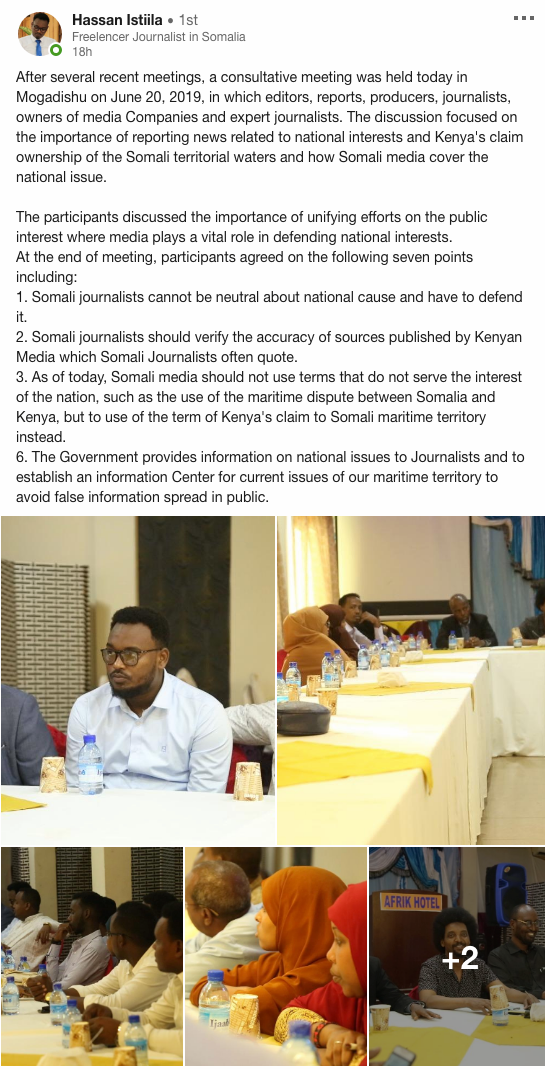