Major Somaliland banking and other financial institutions got together, today, at Maansoor Hotel Hargeisa for a two-day ‘Banking and Finance Conference’ that, according to the organizers, would pave the way for a fully-fledged cooperation among private and public institutions and which will, additionally, ease people-to-banking access.

Concurrent with the main event, a fair to explain services and products which companies and banks would exhibit will run alongside the conference proceedings at the international hotel.

The conference was jointly organized by the Somaliland Ministry of Finance and the Central Bank.

Diplomatic envoys of Turkey, Djibouti and Ethiopia in Somaliland attended the opening ceremony.

His Excellency the President of the Republic of Somaliland, Musa Bih Abdi, officially opening the conference, made it clear that his government expected private institutions to lace their leading role in the financial climate of Somaliland with moral obligations always putting national interest before other considerations.

The President said looking out for the customer and creating more jobs, at the same time, was an obligation that, also, ensured their long-term sustainability and profitability.

“Without an able customer, there will be no enterprise. It is as simple as that,” he said.

“We are looking for ways to create greater synergy between public and private institutions in order to create an enabling environment and purchasability for the common man on the street,” President Bihi said.

The President, echoing the general lines of Dr Saad Ali Shire, Minister of Finance, and Prof Ali Ibrahim Jama ‘Baghdadi’, Central Bank Governor, declared that the government would rather confine itself to supervising and enforcing commercial discipline and sound financial due diligence than to appear a competitor with the more powerful private sector.

“We have no desire to muscle in on either your business or in imposing stringent regulations to cripple the climate which helped create vibrant private business growth,” the President said.

The President and the officials before him all underlined that at a time when private business development far outpaced the flow of official development assistance, close cooperation between private and public institutions was not only desirable but absolutely necessary.

The President, particularly, accentuated that for Somaliland to achieve its development objectives and proudly stand out among its peers, he wished to see private institutions take the lead in increasing national productivity and economic output, assuring a more efficient system of job creation and human resources development, and in accelerating the transition to a more viable market economy.

“I ask telecommunication companies to effect interconnectivity between them. The way we operate today is a ‘self-destruct’, counter-productive process by itself,” he said.

The President, at the conclusion of his address, made an impromptu visit to the forex exchange market at the centre of the city where he stopped to walk around and listen to the vendors and customers had to say about the market. He was impressed by the candid and frank exchange he had with them during which it emerged that none were happy by the variance between the Somaliland shilling gaining strength against the US Dollar and the absence of a corresponding drop to prices of staple foods, construction materials and other necessities.

The President promised that he will look into the matter as urgently as it was communicated to him. 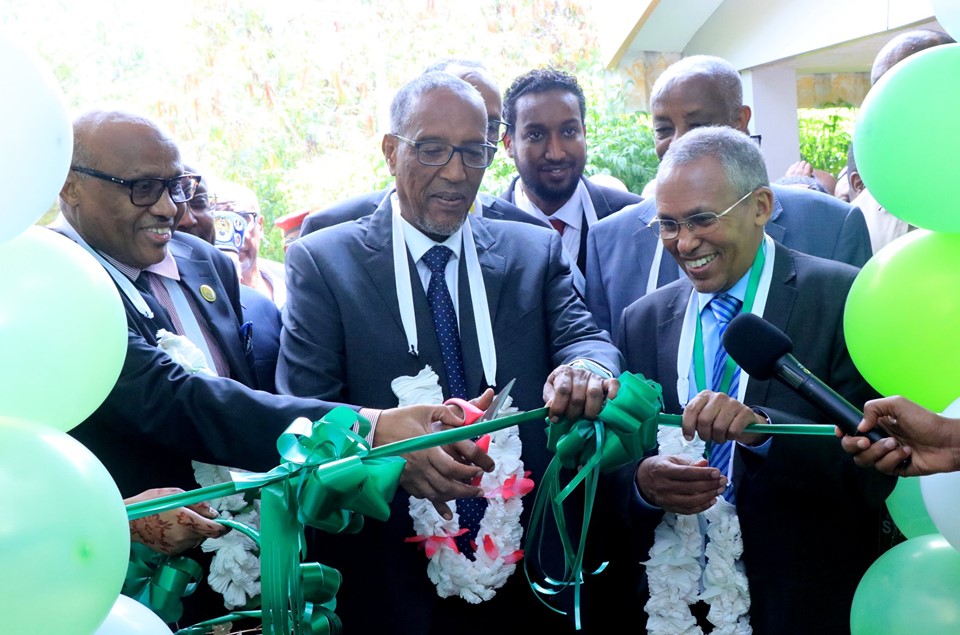 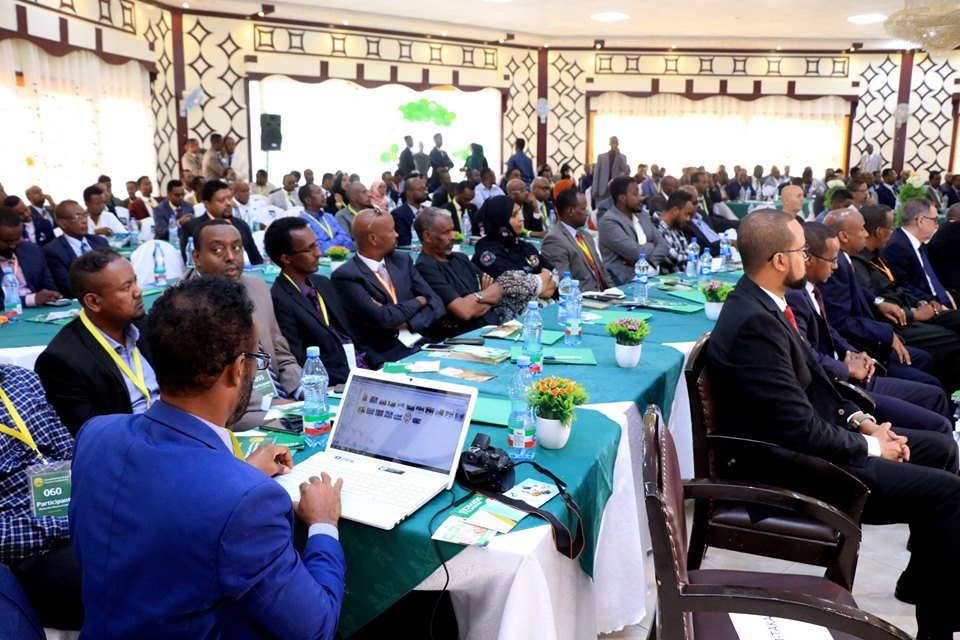 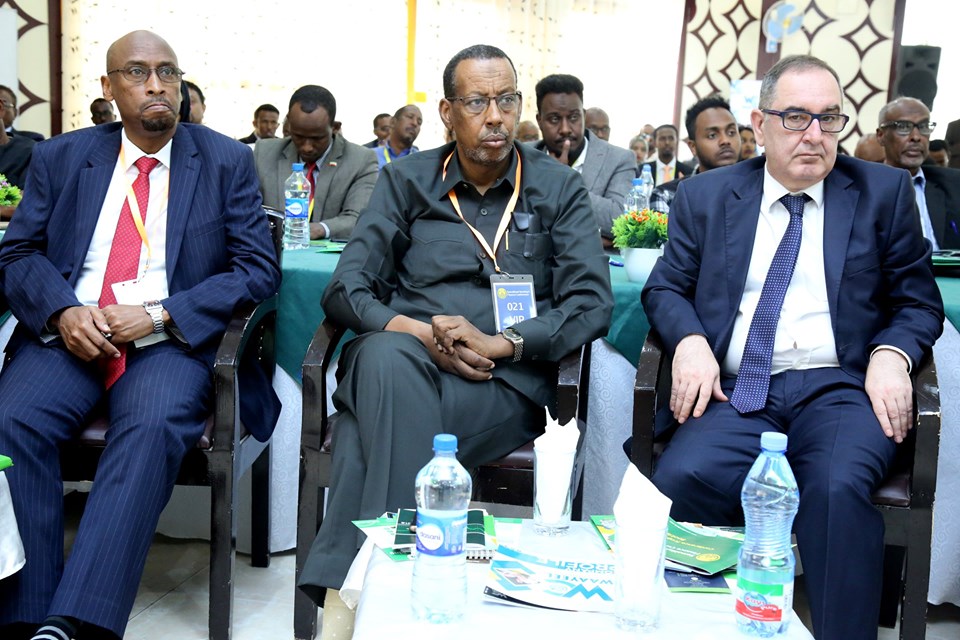 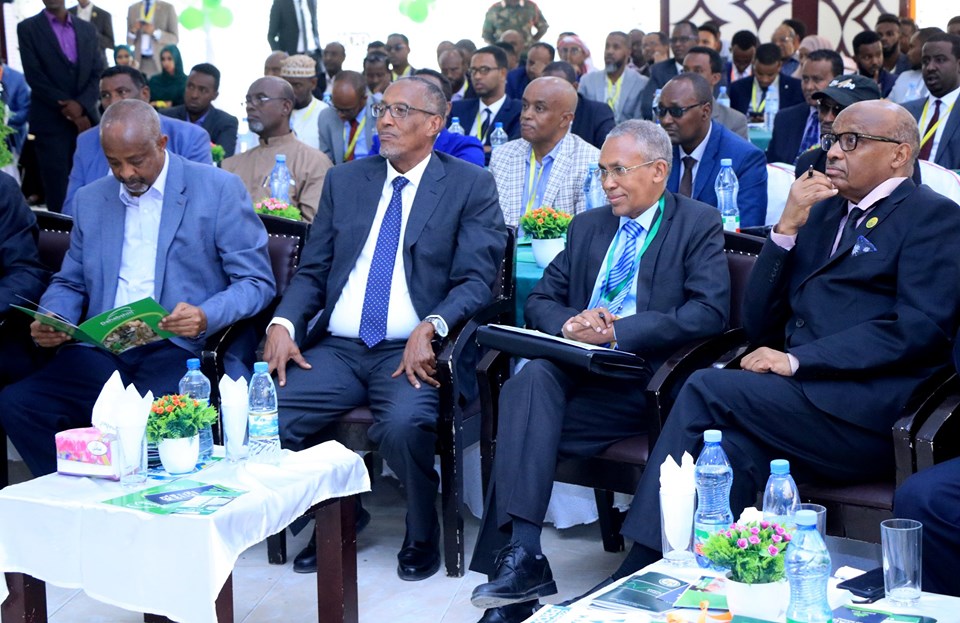 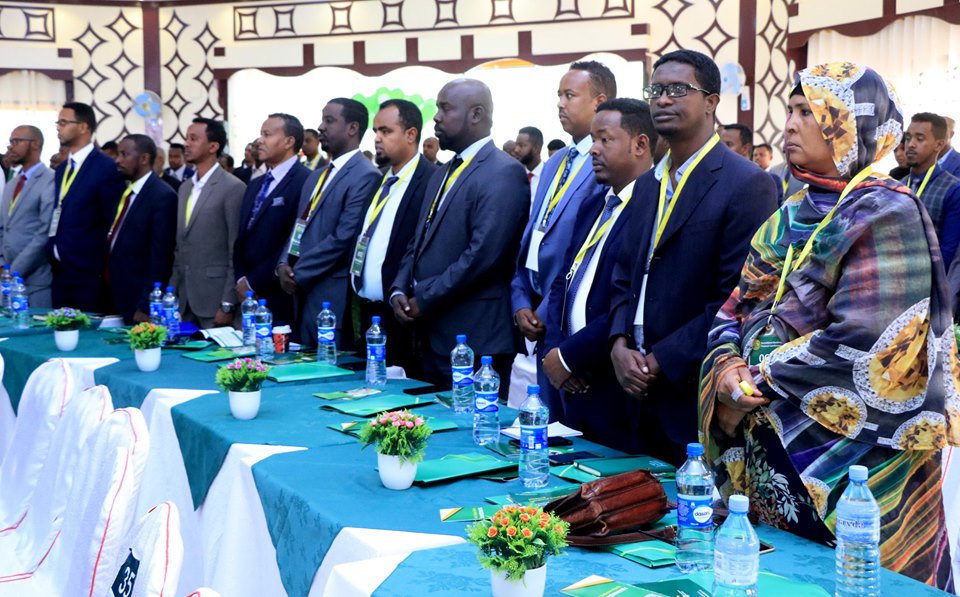