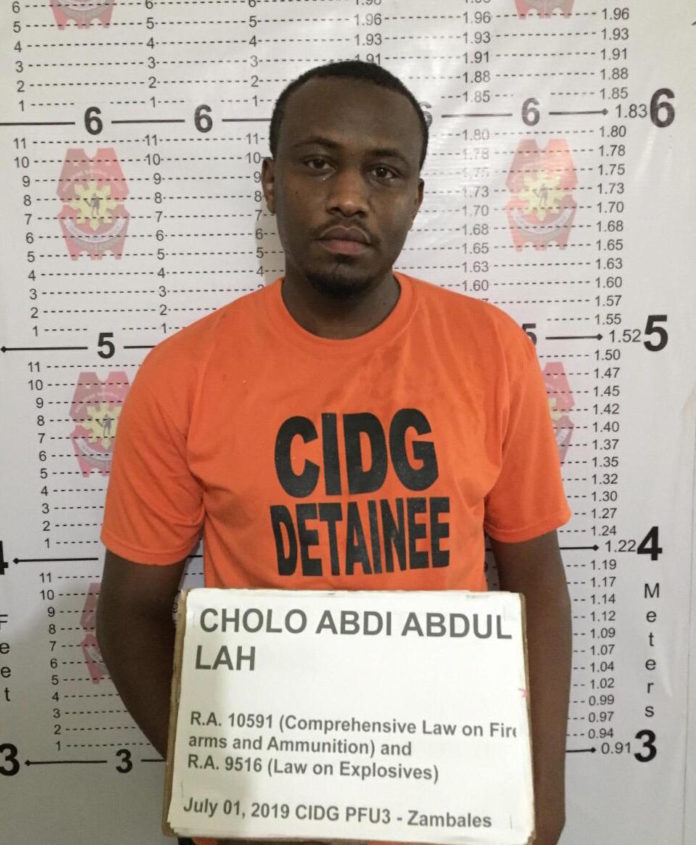 Philippine police have detained a Kenyan man suspected to be a member of the Al-Shabaab terror group, police announced on Tuesday.

The Philippine National Police (PNP) said in a report that Choclo Abdi Abdullah was arrested at a hotel in Iba town in Zambales, northwest of Manila, on Monday afternoon.

According to the report, Abdullah has been a member of the Al-Shabaab Group operating in East Africa since 2012.

A search warrant issued by a local court led to Abdullah’s arrest, the report said, adding the suspect has violated Philippine laws that pertain to illegal possession of firearms and ammunition, and explosives.

Police allegedly seized a 9mm pistol, an improvised explosive device, a hand grenade, and other components used in making bombs from Abdullah.

Police said Abdullah is allegedly in the Philippines to study how to fly an airplane in an aviation school in Pasay City, and is conducting a research on aviation threats, aircraft hijacking. Abdullah allegedly falsified travel documents to remain in the country, police added.
.