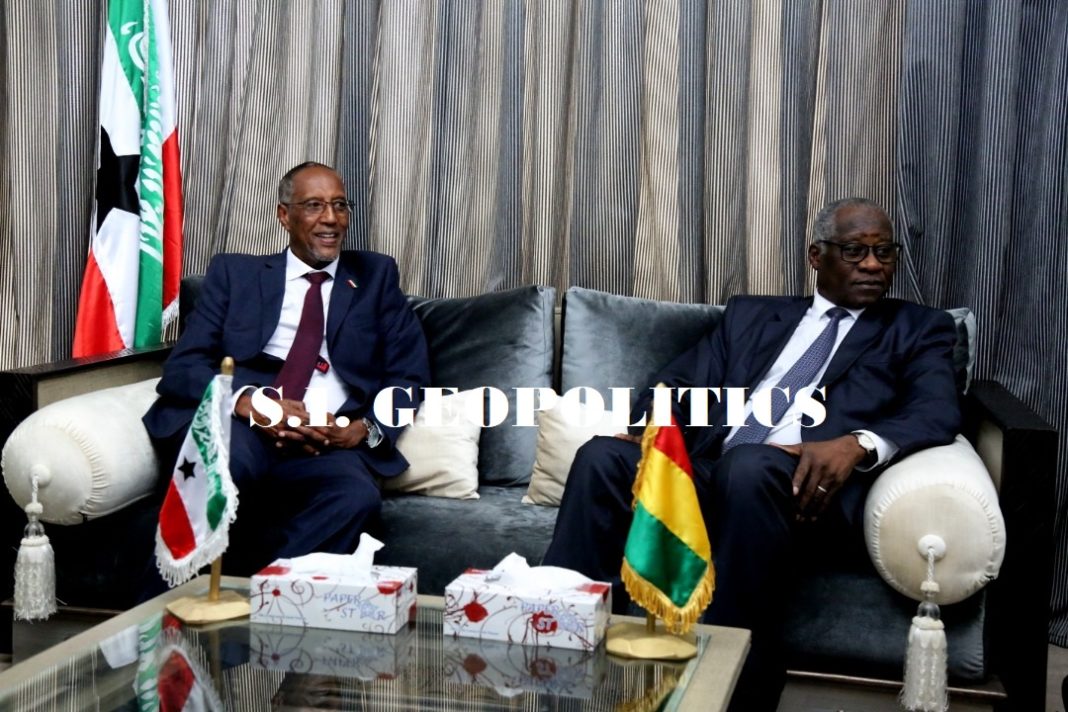 President Musa Bihi’s visit to Guinea is seen as another crucial opportunity where he seeks to build a case for Somaliland’s international recognition, and which is slowly but steadily gathering momentum

Another diplomatic row may be in the offing citing the recent invitation of the Somaliland President Musa Bihi Abdi to the republic of Guinea.

Somaliland has made another diplomatic breakthrough with the state visit of the country’s president Musa Bihi Abdi to the West African nation of Guinea upon invitation by President Alpha Conde.

Bihi visit to Guinea is a sign of Somaliland’s rapid acceptance across the African continent and its growing economic and trading links with other nations. Since assuming office 18 months ago, Somaliland has already visited Ethiopia, Djibouti, the United Arab Emirates on shuttle diplomacy to build Somaliland’s case for recognition.

President Musa Bihi’s visit to Guinea is seen as another crucial opportunity where he seeks to build a case for the Somaliland’s international recognition, and which is slowly but steadily gathering momentum.

During the two-day state visit, President Musa Bihi and President Conde pledged to find ways working together in areas of trade and foster cooperation between the two independent states.

Somaliland is keen on marketing itself as a new and profitable frontier economy in the region with considerable untapped resources.

The independent Somaliland is on the onslaught to market itself across the African continent as capable trading partner with African and international partners for the benefit and prosperity of its people.

Unlike the Federal government of Somalia that has diplomatic spat with its neighbor and ally, Kenya; over undisputed maritime issue; Somaliland is rapidly enjoying a warm and growing tie in East Africa, most notably with Kenya.

Over 10,000 Kenyans have made the journey to Somaliland in search for job and economic opportunities. Quite a good number of Kenyans are reported to in the Somaliland capital, Hargeisa working as teachers, hotel managers, restaurateurs, architects, and advisors in agriculture, construction and much more.