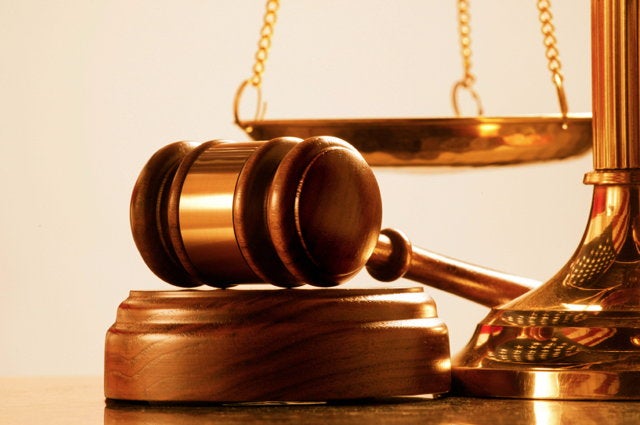 Somalia’s rise from the ashes of civil war faces the threat of another collapse if it does not establish competent courts, critics of President Mohamed Farmajo say.

Politicians drawn from opposition groups say lack of a credible judicial system is one reason lawlessness thrives, with key decision-makers still squabbling on how to create a new constitution.

In a controversial memorandum, Abdallah Ahmed Ibrahim, a political leader, wants the African Union Mission in Somalia to talk less about military support and focus on setting up courts.

“Amisom has been around since 2007 yet we face the same problems. We don’t have a reliable judicial system and there is no constitutional court. There is no competent agency to address differences between the arms of government or the federal government and the states,” he said in Nairobi last week.

“I appeal to the AU, the Arab League, UN and other international partners to establish independent courts. It does not matter if they will have foreign judges initially because we do not seem to trust one another. The existing courts are not independent but under the control of politicians,” he said.

Ibrahim, known by his nickname “Afwaranle” is a journalist who contested the Jubbaland presidential race in August.

The executive member of Cahdi Party in Somalia says he learnt there was no competent organisation to handle post-election grievances, and that civilians resorted to dealing with problems using al-Shabaab and other militia. “It means al-Shabaab will still thrive,” he said.

The Sunday Nation could not verify the truth in the Shabaab courts claim but a recent Voice of America report indicated the militant group has infiltrated government departments, collecting taxes and meting out punishment.

The targets, in a document called the Mutually Accountability Framework, include stabilising the national army, passing electoral laws by December and promulgating a new constitution by next June. But it also lists judicial reforms that will see the country establish courts.

“We are under no illusion to underestimate the many challenges ahead of the country’s full recovery, which demands concerted political and financial commitments, from local and international partners,” he said.

All that though must start with the politics, donors said.

“These issues cannot be solved unless we believe in the idea of win-win again. An idea that the reconstruction of Somalia … matters more than our personal differences,” British ambassador to Somalia Ben Fender said. And as he spoke, some representatives of the federal states were absent.

“The targets sound nice but may not be feasible at the moment,” said Abdimalik Abdullahi, a researcher on Horn of Africa.

“The prerequisite is political inclusivity. That is missing.”

Wadajir Party leader Abdishakur Abdirahman said Somalia’s partners are peppering over lack of political inclusivity “which is the reason behind stalled reforms”.

“Security architecture and transition plans have collapsed and the militants have infiltrated the intelligence agency,” he said.

“Election uncertainty poses danger to the security and political stability of the country,” he said, referring to the squabbles between the two levels of government.

Its leader Ahmed Duale Guelleh argues that his term ends in 2021. It also imposed flight restrictions to Jubbaland to stop the inauguration of Ahmed Madobe as president after it refused to recognise his victory.

“To this government, you may be a friend today and an enemy tomorrow,” Ibrahim added, referring to the arrest of Jubbaland Security Minister Abdirashid Hassan Abdinur “Janan”.

“If he toed their line, he would be free. He has been arrested for crimes he committed many years ago. It is a political move.”

Accused by the UN Somalia and Eritrea Monitoring Group of killings, torture, detentions, illegal renditions and other crimes between 2014 and 2015, Janan was often free to travel around Somalia. Somalia’s lack of a proper judiciary is compounded by corruption.

Transparency International lists Somalia as the most corrupt African country and that “corruption occurs at all levels in the public and private sectors”.
In September though, Somalia enacted antic-corruption law, paving the way for the establishment of a watchdog.