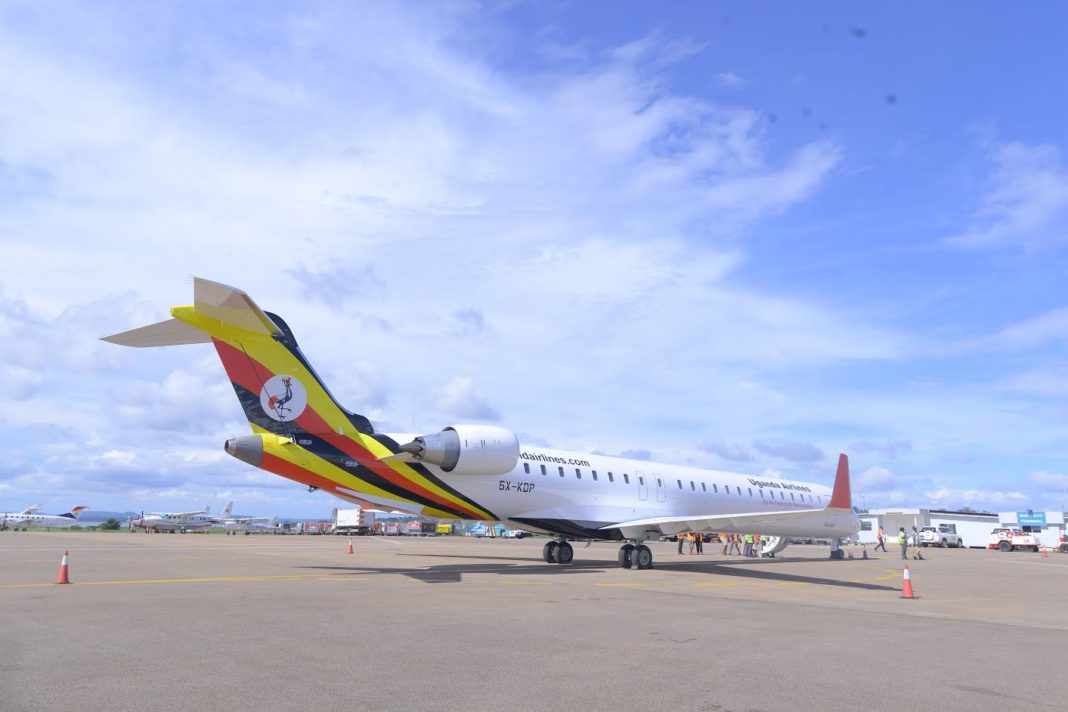 On Monday, the national carrier received two new Bombardier CRJ900s to grow their fleet to a total of four aircraft at a function held at Entebbe airport.

However, according to the Uganda Airlines CEO, Cornwell Muleya, the addition of the new fleet is a big boost to their operations especially in the region in a bid to dominate the industry.

“With the addition of the new aircraft to the fleet, the carrier will expand its route network to cover several other destinations in Southern and Central Africa,” Muleya said.

He noted that subsequently, nine new routes including Kinshasa, Zanzibar, Asmara in Eritrea, Hargeisa(Somaliland), Lusaka, Harare, Johannesburg Djibouti and Addis Ababa will soon be added onto their schedule.

Uganda Airlines also expects to get two new Airbus planes in the next two years for long-distance flights and early this year orders for the A330-800 airliners were affirmed.

The national carrier commenced commercial operations on August 28 and is currently operating direct flights from its hub in Entebbe to and from Nairobi, Mombasa, Dar es Salaam, Kilimanjaro, Juba, Bujumbura and Mogadishu.

According to the Uganda Airlines board chairman, Perez Godfrey Ahabwe, they are committed to see the national carrier excel in its operations through provision of services which fall within the international standards.

“Our growth and success as an airline facilitate the growth and success of our country, through the promotion of our tourism industry and building relatonships between Uganda and other countries. We, as the board, commit our efforts to ensuring that our cranes stay in the sky,” Ahabwe noted.

The airline is currently running a two month- promotional campaign with subsidized fares in a bid to see more nationals and tourists prefer the national carrier.

Travelers are advised to book and purchase their Uganda Airlines tickets at their offices at Victoria University House in Kampala, Victoria Mall in Entebbe Town and at Entebbe International airport.