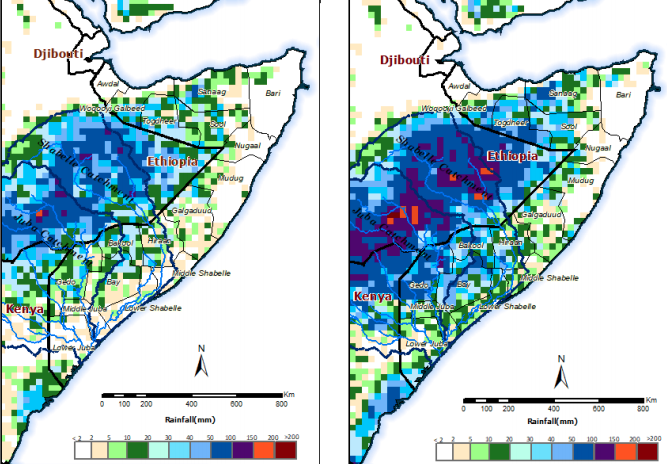 Moderate to heavy rains have been reported in many places across the country as the Deyr season continues to spread. While there was an increase in the rainfall activities in Somaliland and the southern regions, the central parts and north eastern parts received little on no rains.

Users are advised that this is a forecast and at times there may be discrepancies between estimates and actual amounts of rainfall received. Information on the forecast and observed river levels is updated daily and can be found on this link: http://frrims.faoswalim.org.