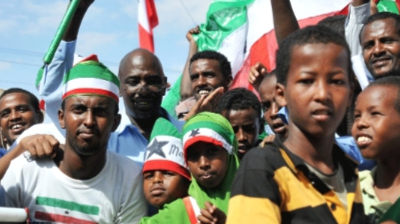 The success of the breakaway Republic of Somaliland and other examples show the limits of Western political thinking on Africa, writes Sherin Helal

While Somalia has achieved notoriety in Africa as the most striking example of a failed state and the continent’s biggest battlefield, it has nevertheless also been able to present a model in the form of the autonomous Republic of Somaliland in the north of the country. This has not gained international recognition, but it retains the elements of a state capable of providing basic rights of life and coexistence.

It had been evident since 1988 that the Somali National Movement had long been in favour of the secession of the north when it raised its flag over the towns and cities it had seized control of with the expulsion of government forces. On 18 May 1991, the movement announced the formation of the Republic of Somaliland headed by Abdel-Rahman Ahmed Ali Nur, saying that it would be ready to hold free-and-fair elections within two years. In Somalia’s capital Mogadishu, the Somali Congress refused to adopt this declaration, pushing aside the separatist option and causing the Somali state to verge on internal collapse and ongoing instability.

However, since its unilateral declaration of independence in 1991, Somaliland has enjoyed independent administrative and political systems. It manages its sea and land borders through its army, police and security apparatus. Having a population of about 3.5 million, it maintains informal relations with many foreign governments that have sent delegations to the capital Hargeisa.

Ethiopia has commercial offices in Hargeisa, and relations between the two countries are highly regarded. Ethiopia has also set up a number of hospitals in areas that have special status with regional and international organisations. The new state is the result of a political and tribal consensus among the people of the region, and traditional tribal leaders have played a pivotal role in preventing tribal clashes.

It has succeeded, unlike many of the surrounding countries, in overseeing the peaceful transfer of political power, as all its presidents have handed power to their successors through elections. Women are guaranteed representation in parliament, fortified by a state constitutional quota that reaches up to 30 per cent of the seats. Neither UN monitoring reports on elections nor UN Development Programme (UNDP) reports on human rights have registered significant violations in Somaliland, especially compared to the magnitude of such abuses in Mogadishu.

The earlier civil war in Somalia continued for decades, during which several foreign military interventions took place, starting with the United States followed by the United Nations and then the African Union and the IGAD (Intergovernmental Authority on Development) countries in the Horn of Africa. The case of Somalia is unique, and it raises many questions that may take years to answer. It is a regional and international arena open to politics, war, economics and even education and exploration in which international players have been represented with their own arms and tools for influence in the region.

Ranging from a superpower such as the United States all the way to Arab Gulf states such as the United Arab Emirates, foreign powers have been represented in the region through financing or involvement in military conflicts. Even Turkey has opted for a foothold that will enable it to exert an influence that appears to be economically and political imperialist. Few major powers seem to be absent from the scene, which has made it difficult for political observers to invite all the parties to meet at the table of reconciliation.

All this is one example that forces political analysts to accept Africa’s own unique contributions to political science. Somaliland, Rwanda and Morocco have each presented a different approach to popular consensus as a form of government that political science, in its Western definition, refuses to recognise as good governance.

The Somaliland case enjoys its own form of political and economic stability to a dramatic extent and one unrelated to that of traditional democracies, whether consensual or participatory. This is while other political actors have left Somaliland’s grand dream to fall between the aspirations of ethnic factions and the aspirations of international powers.

The second case mentioned above, Rwanda, has risen economically and politically despite the rule of a dictator for more than a quarter of a century. The West praises Rwanda’s figures on indicators designed to measure democracy and political stability and economic and human development. The final case, Morocco, is a monarchy defined as a holistic political system, but it is the Moroccan people who hold the king in his position and reject Western interference while interacting in a positive manner with the political process in the country.

Given this political spectrum, we need to be ready to grant respect for African political models by reviewing and evaluating them according to their own unique considerations and circumstances.

The writer is an expert in African affairs.