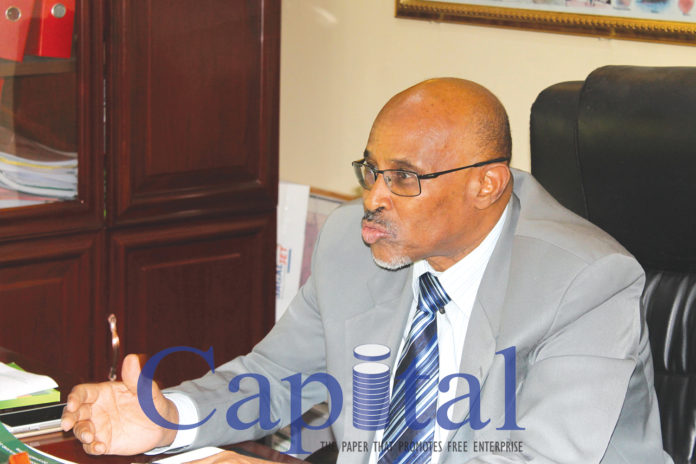 The Financial and Investment Act has been finalized to open up a space for foreign financial institutions and investors to operate in the de facto state of Somaliland hoping that Ethiopian institutions and business will enter the country.

The Governor of the Somaliland Central Bank disclosed to a group of journalists in Hargeisa that the new law was tabled at the parliament and is expected to be ratified in early January 2020.

The new rule allows foreign financial institutions to operate either in conventional or interest-free banking schemes which was prohibited previously. Service was limited to only three banks: Dahabshil International Bank, Daresalam Bank and Premium Bank.

“The opening of space to foreign banks will formalize and facilitate trade and investment in Somaliland in addition to providing financial access for potential investors in the country,” said Ahmed Hassen Arwe, Director General of Somaliland Central Bank.

The Governor hopes the 19 plus Ethiopian private banks including the state-owned Commercial Bank of Ethiopia will be the first to arrive as some are already operating in the border town of Togochale.

The Governor also confirmed that representatives from the Commercial Bank of Ethiopia were in Hargeisa to speak with the officials adding that CBE is interested in opening branches very soon.

According to the Governor, because of security concerns and criminal activity along the border of Togochale, the Central Bank of Somaliland plans to open a branch. The effort to have a branch in Hargeisa began in 2016.

Two weeks ago, Bach Gina, President of CBE disclosed the plan to open branches in Somaliland adding its, presence in neighboring countries to three, including Djibouti and South Sudan.

So far none of Ethiopian business operating in Somaliland have registered formally, though there are businesses in Hargeisa including some private higher education institutions working in the country for over a decade and contributing to human power development strategies for the country.

Ethiopian investment in Somaliland includes meat and dairy products, fruits and vegetables including Khat (a simulant leaf) which predominantly controls the market in Somaliland.

If a person wants to invest in Somaliland there are no restrictions on doing business, they simply must visit the investment office before going to the appropriate ministry. The Governor said they have worked to make getting a business set up more efficient.

The National Bank Act is expected to help Somaliland because right now banks can only provide interest-free loans but the new banks will be able to provide traditional interest-bearing loans.

Previous regulations made it more difficult for foreign capital and international loans and the economy is based on the remittance from the estimated over a million Somalilanders residing in Europe and the United States.

Somaliland investment is completely owned by the people, no one relies on loans.
According to the figure from the Central Bank outlet, over 1.6 billion USD was earned through remittances last fiscal year, a figure which is on the upswing. Most financial flow is made electronically. There is also a mechanism to transact in Somaliland shillings for less than 100 USD in a bid to reduce the cost of living for many Somalilanders.

The government is trying to reduce inflation. It was able to reduce the rate of the Shilling to USD to 8,000 from 10,000.

The Governor urges Ethiopians to come and invest in Somaliland as the 10percent lower tax rates and tax holiday pave tremendous opportunities for them adding that the long coastal Red Sea offers ample fishery resources.

Somaliland is working to amend and enact new laws to facilitate trade and investment. They want to attract Ethiopians, hoping that the economic dynamics will change in 2020.

Somaliland follows the free-market economy. Right now, the law allows transactions via Islamic banks only when it comes to loans whereas it is allowed in Islamic banking or other banking service subject to a service charge.
Though the numbers are insignificant, Syrian investors are doing business in Hargeisa.

In the de facto state of Somaliland saving is law, there is no share market, they don’t have well-developed company laws, in turn, the investment is at its infancy stage but on the flip side, there are ample investment opportunities once the laws are enacted.

The National Bank Act, Investment Act and Taxation Act are expected to boost the Somaliland Economy as the country attempting serious reforms.