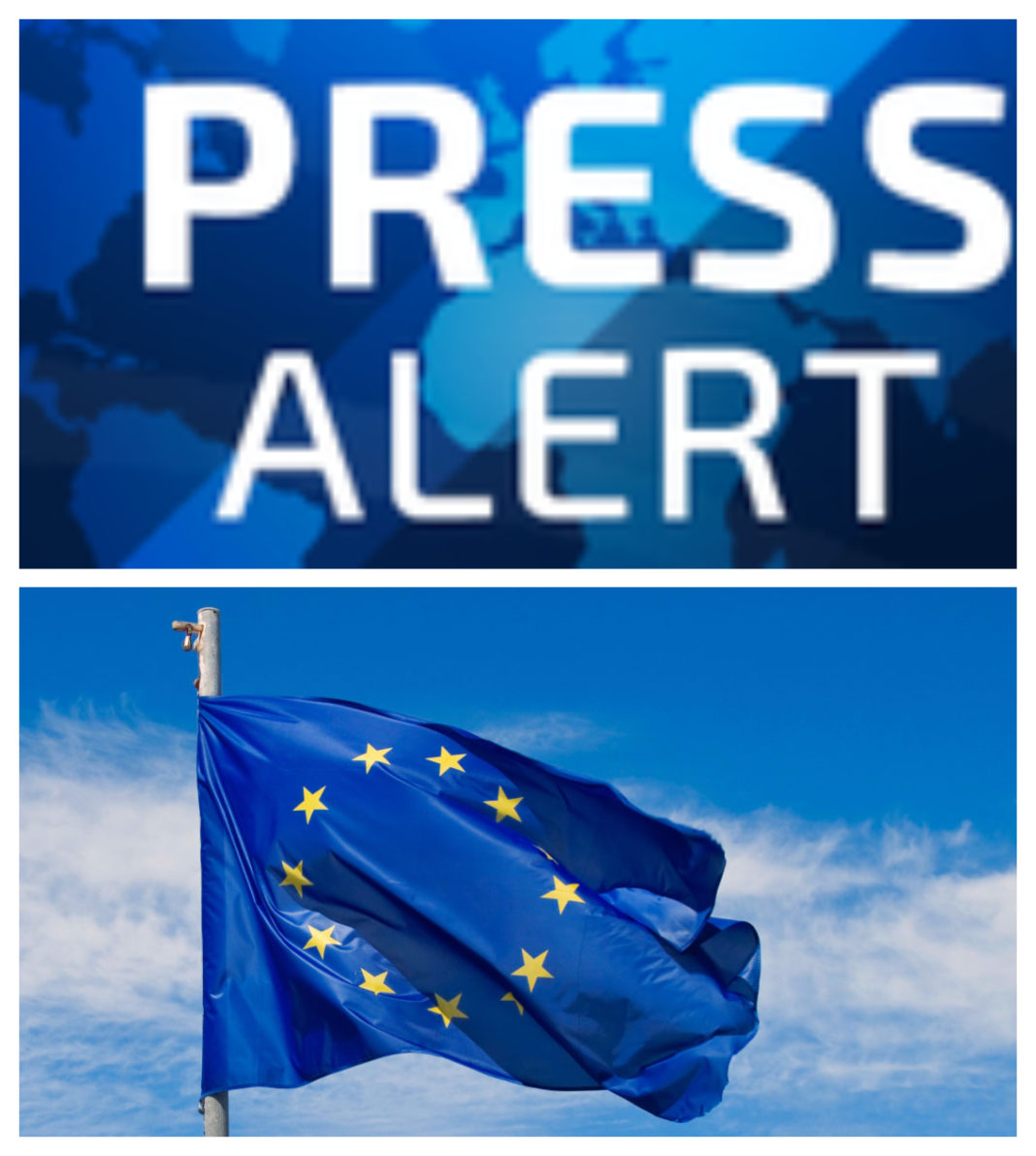 International partners who have stood by Somaliland through hale and health have expressed grave concerns on recent events happening in Somaliland which appear to be winding the near-mature Somaliland democracy clock back to unflattering days.

The international community is especially disappointed by the upper house of the Somaliland parliament extending its term with three more years stretching their unelected sitting to January 2023. In the same sitting, on Saturday, the Guurti gave the lower house – the House of Representatives (HoR) two more years making their over-extended term in office over 14 years.

“We are concerned that events have significantly undermined these commitments to the detriment of Somaliland’s democratic credentials and international standing. Local councils have been operating without a democratic mandate since April 2019,” the statement underlined.

The HoR, the public expected per agreements all stakeholders reached earlier in the year, would have gone to the polls to elect a fresh batch of MPs by early 2020. Likewise, local councils who had also overstayed their term should have seen the election of fresh faces within that year.

The partners’ statement, surprisingly, was less harsh than analysts expected. It was firm and to the point but more of a conciliatory nature in attempt to make sense of events that broached no space for reversals.

The words used, however, show consternation which the Somaliland shared with the partners and all other friends of a stable Somaliland.

“Only strong democratically elected institutions can deliver the development outcomes that the people of Somaliland deserve. This is also what we as partners expect from our cooperation with Somaliland”, the partners stated.

Rephrasing parts of this concern, the UK Ambassador to the Somalis stated in a Tweet Wednesday:

Chairman of one of the opposition parties, Waddani, Abdirahman Mohamed Abdullahi ‘Irro’, welcomed the statement reading, understandably, a little more that it did not say in as many words into its tweet, perhaps confusing it with a Tweet of the UK Representative in Somaliland to the Partners’ statement:

WADDANI party welcomes the statement of international community regarding the concerns of Somaliland delayed elections, arbitarary detensions and restrictions of freedom of expressions. pic.twitter.com/hiFtFQop2y

UK joins regional and international partners of #Somaliland in calling for ‘elections to take place without any further delay’ and expressing deep concern over ‘seemingly arbitrary detentions’ and ‘increased restrictions on freedom of expression’. https://t.co/MQCuExYxoh 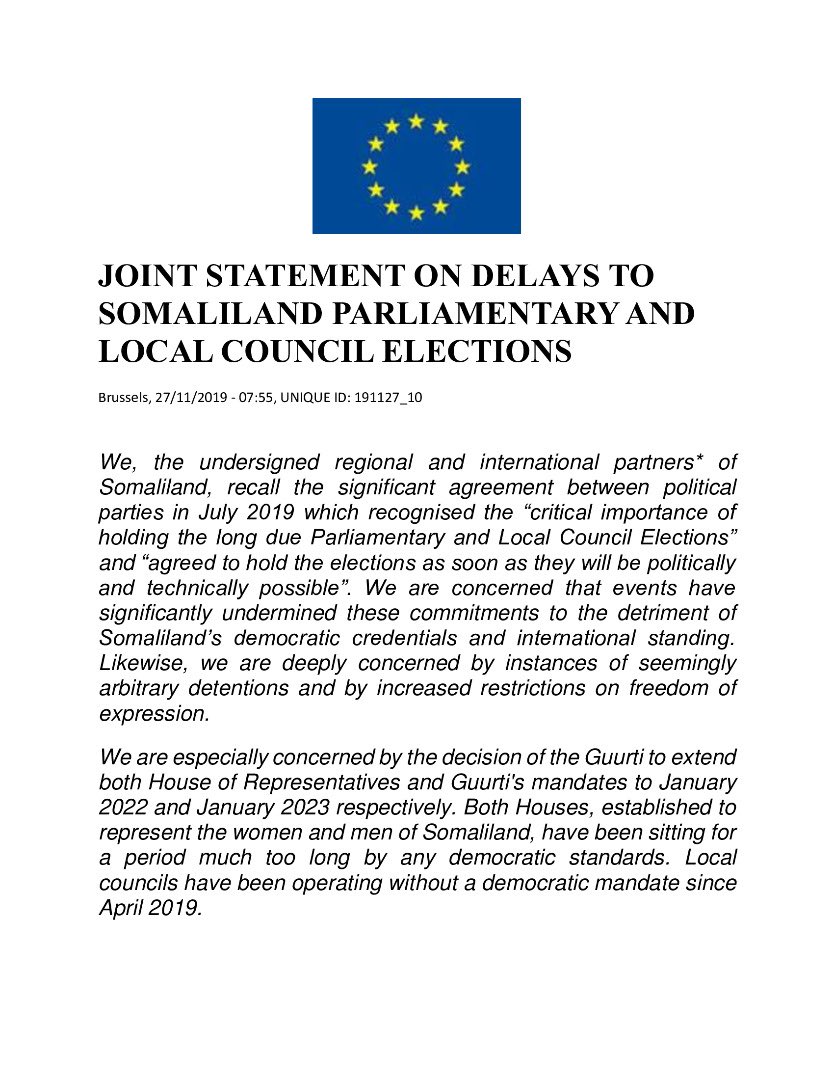 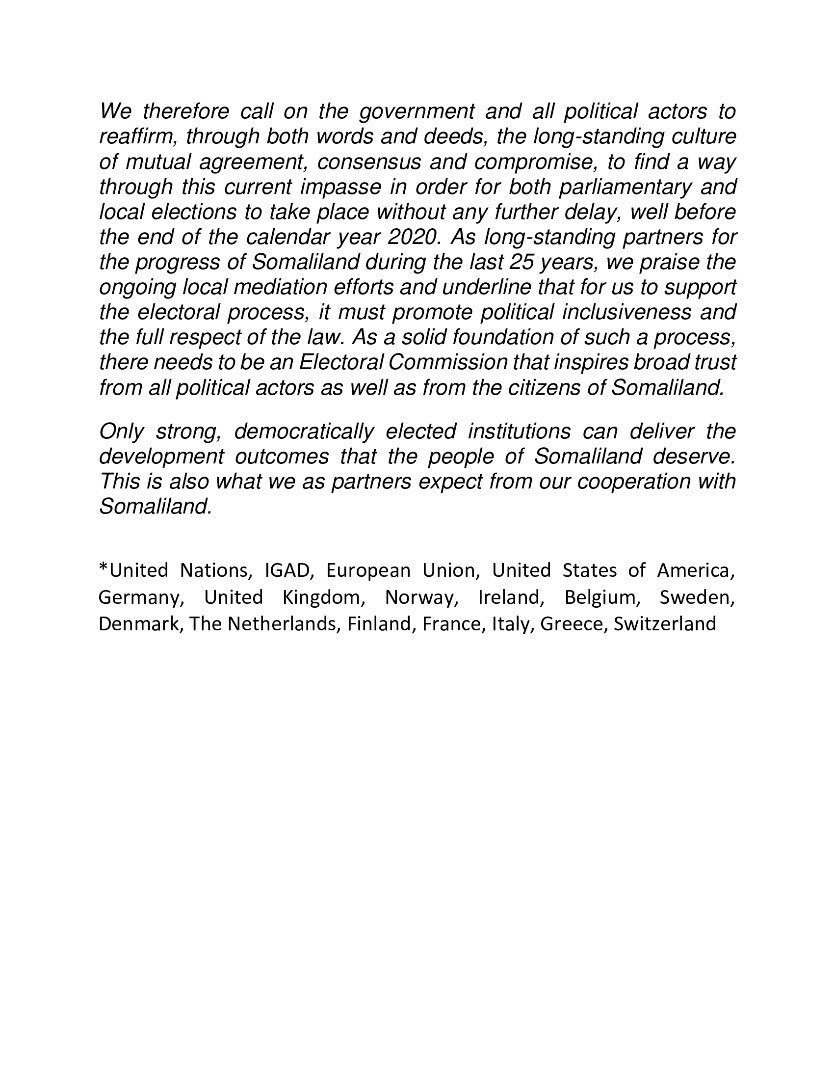