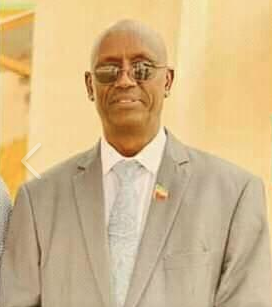 Today, the Controversy-shrouded Somaliland Electoral Commission picked a Chairman and a Deputy Chairman from the President’s list.

Abdirashid Ali ‘Riyoraac’ and Mustafe Mohamed Dahir, both from the list submitted by His excellency the president, Musa Bihi Abdi, in his constitutional capacities as Chairman of the ruling political party and the President of the Republic of Somaliland, became the Chairman (Kulmiye Party) and the Deputy Chairman.

This selection, according to political analysts, stokes the fires of controversy surrounding the President’s nominated figures as it pushes back even further any grounds for a quick settlement of the prevailing political impasse among the parties and between Somaliland and its international partners.

The president, opposition political parties pointed out, was spoiling for a fight when he has picked an ardent, publicly visible, active member of the ruling party who has made no bones of his undivided support of the President during the rallies preceding the Presidential election which picked the incumbent president. The President, they said, has also returned one of the outgoing NEC Commissioners despite their insistence that all seven be replaced solely to spite them. The third commissioner, he nominated was not only younger than the mandated 40 years of age but had been an active, permanent employee of the presidency since the President was sworn in to lead the nation two years ago. The said member had been given a new birth date, they said, and only nominally ‘discharged’ to strengthen the argument that he was no longer a ‘payrolled’ staff member of the Presidency.

The current roster of Commissioners is one short of the constitutional 7 since Waddani had opted to stay out in protest of the President’s nominated members all of whom, according to their side of the argument, violate the criteria for electing objective electoral commissioners. 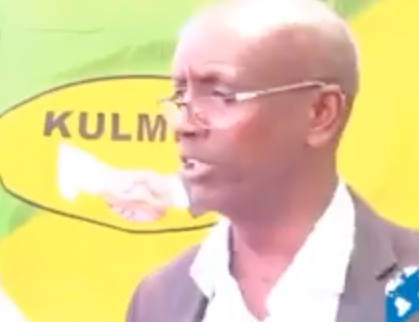 Listening to the buzzing whispers of the public, nobody is presently sure of when the President would stop playing opposition to himself by starting potentially incendiary issues and breaking the law left and right, himself, where presidents before him sought to keep the nation together by dousing out differences in time instead of kindling them.

This new development closely follows behind extensions the bicameral parliament gave itself as a result of a side deal the Houses reached with the President. According to opposition parties, the President promised the Houses that he will not oppose fresh extensions to their expiring terms if the Lower House – the House of Representatives – passed his nominated commission members to vanquish opposition lines and crush their hopes for a mediated settlement as well as their vociferous objections.

And both have been handpicked by President @musebiihi .

What kind of a joke is this?

Not my kind of #Somaliland! https://t.co/0psAks3yJa