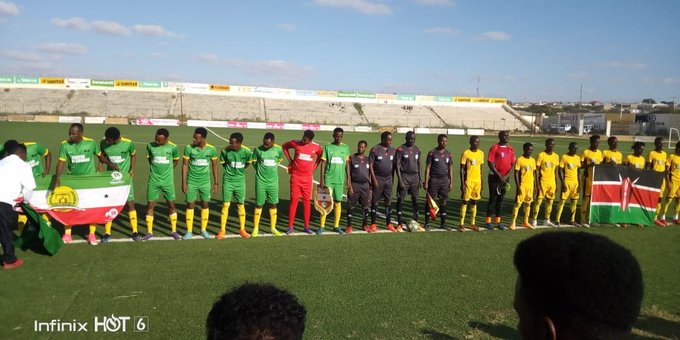 In the first of several matches scheduled for the visiting Sindo United FC of Kenya, the first division Municipality FC beat the Kenyan side 3 to 1.

This is great to see! Congrats to the #Somaliland team on the 3-1 victory. https://t.co/SPeKCWceoK

Sindo United, a second division of the formidable Kenya soccer scene, arrived Friday and was welcomed to the country by the Republic of Somaliland Minister of Sports and Liban Yussuf Gahnug, the Vice Minister of Foreign Affairs and International relations along with a posse of other top officials.

The matches scheduled for the Kenyan side are not about who wins or loses but to further highlight the Republic of Somaliland’s quest for international recognition which has evaded it thus far in the international friendlies.

To show its appreciation, thrilled spectators filled Hargeisa Stadium to capacity with many not finding even seats.

Sindo is coached by the former Kenyan international, Boniface Ambani, and is sponsored by the Jefferson Group.

“I feel honoured to be part of a foreign team that plays here for the first time,” said Ambani, the Citizen reported.

Sindo United is the first international team to play a Spomaliland side at its home turf in a brave and daring show of solidarity with a country that has contributed much to the region’s stability and growth in times that had never been termed as easy and predictable.

Sindo United is expected to play against a leading Awdal region team tomorrow. 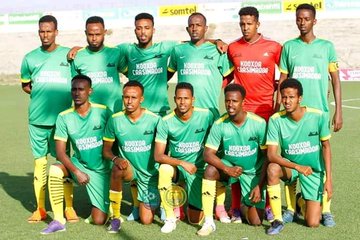 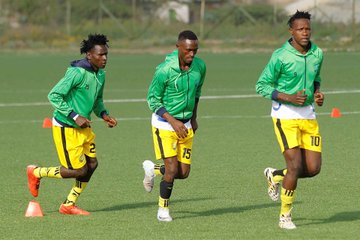 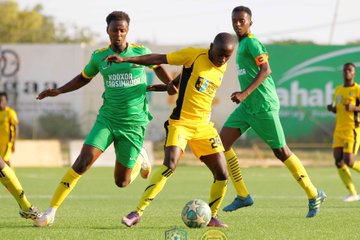