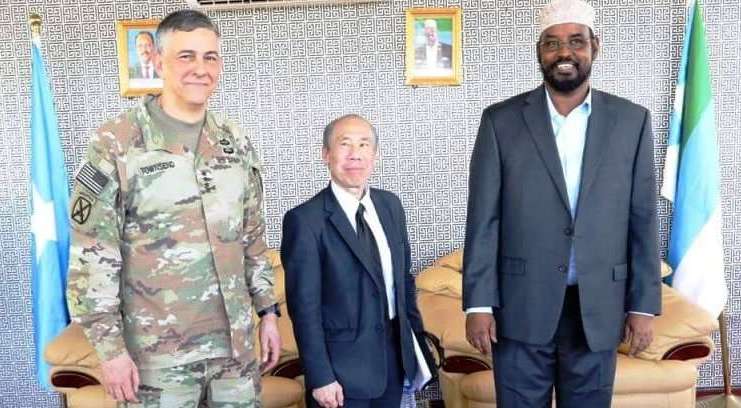 Mogadishu, Somalia (Somtribune) — Security forces of the Jubaland State of Federal Somalia put down an attempted armed engagement mounted by militia forces loyal to a surrogate ‘president’ the federal government of Somalia planted in the Indian Ocean port town of Kismayu to challenge the incumbent Ahmed Mohamed Islam ‘Ahmed Madoobe’.

Reports state that Abdinassir Seeraar, who claims to be a ‘president’ of the federal state of Jubaland, alongside Ahmed Madoobe, organized, Wednesday, a public demonstration of mostly young women and children to disrupt meetings the federal state president was holding with international delegations visiting the city.

The demonstrators were, as reports state, accompanied by heavily armed militia fighters loyal to the contender who is supported by Villa Somalia.

Seeraar, encouraged by Mogadishu, claimed that he was rightful, president-elect in the August 2019 presidential elections of the state. Just like Galmudug of today, three claimants emerged of those elections although neither contender could hold up much credibility to the incumbent Ahmed Madobe to pose much of a threat.

The United States Ambassador to Somalia, Donald Yamamoto and the Commander of the US AFRICOM forces, Gen. Stephen J. Townsend, were on a visit to the city to discuss matters of mutual interest with President Madoobe at the time the disquieting skirmish happened. 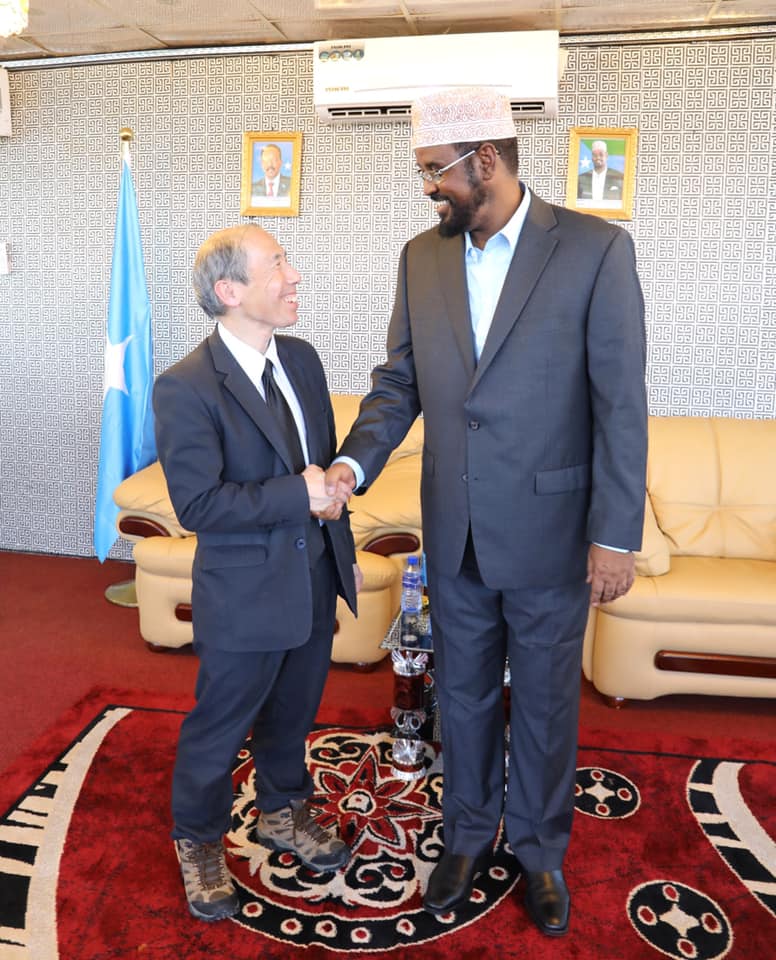 Ambassador Yamamoto and President discussed how best the rift between the federal state and Villa Somalia could be bridged. President Madoobe, reports added, asked the Ambassador to impress upon the rash leaders in Mogadishu to withdraw their forces from Gedo region and stop building yet another surrogate administration in the state to be quartered at Bu’ale.

Tensions along the border with Kenya resulting from the standoff with Federal Somalia on the issue of the federal state’s security minister, Abdirashid Janan, and his recent escape from a federal ‘prison’ were also raised during the discussions. 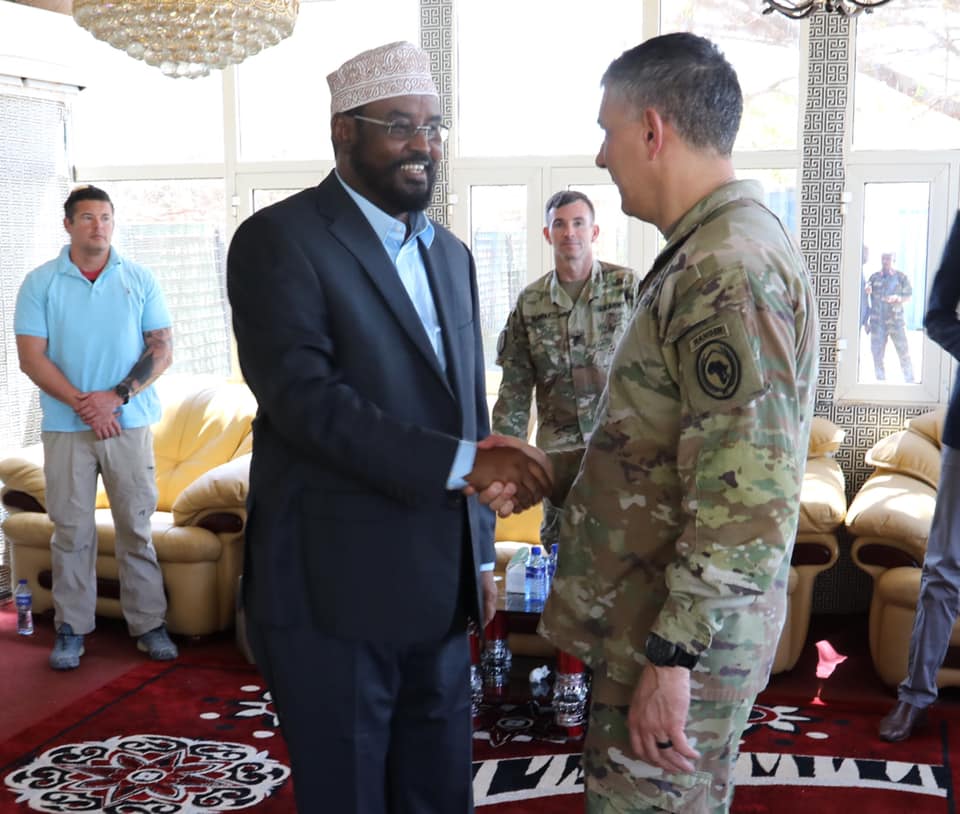 General Townsend and the Jubaland President explored efforts to rout out Al Shabaab fighters from State strongholds. A renewal of joint operations of the Jubaland army, AFRICOM and AMISOM was agreed upon during the meeting between the two sides.