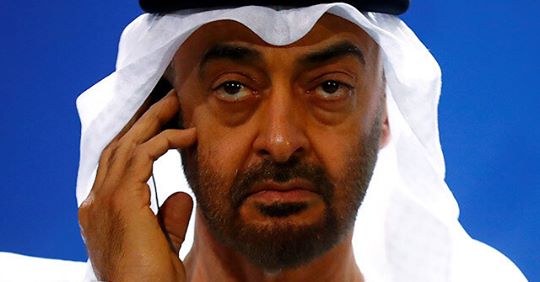 On his visit to Uganda on Feb. 3, Israel’s Prime Minister Benjamin Netanyahu met the head of Sudan’s Sovereign Council Abdel Fattah al-Burhan. This development indicates the emergence of a new approach in terms of Israel’s policies on the African continent. In the framework of this approach, Israel is now speaking through one or more intermediary states with a majority of Muslim countries with whom its relations are suspended or non-existent. This is seen as a symbol of a new era in terms of Israel-Africa relations. Netanyahu’s desire to contact Sudan is both an obligation brought forward by Israel’s interests in this country and a result of political and economic influence throughout the continent that bear the marks of this new diplomatic approach.

One can speak of three basic dynamics in Israel’s new politics in Africa, which has now become more concrete following the Netanyahu-Burhan meeting. The most important of these is Israel’s attempt to increase its influence in the region in a way that also justifies its policies. This aim is embodied within the slogan previously expressed by Netanyahu: “Israel is coming back to Africa and Africa is coming back to Israel.” From Africa, this has two sub-headings: one is the recognition of Jerusalem’s status in favor of Israel and the second is the search for support from Africa — specifically Muslim countries — for Washington’s so-called peace project. The second important dynamic is Israel’s building political relations with specifically Muslim-majority countries. This is a remarkable aspect of the new diplomatic approach. Related to this, the third dynamic is Israel’s opening in the African continent through an intermediary state or states. The fact that the Netanyahu-Burhan meeting was held through the mediation of the U.A.E. shows the most important aspect of Israel’s three-sided diplomatic concept. In other words, Gulf countries are opening political elbowroom for Israel in Africa, particularly through their economic influence. Israel-Africa relations can be seen in five eras in terms of the historical process and breaking points. In the periods between 1956-1973, 1973-1982, 1982-1992, 1992-2006 and 2006 until today, Israel’s diplomatic efforts in the African continent have been shaped along the lines of domestic developments in the Middle East and Africa, or the breaking of regional ties. Israel’s foreign policy in these eras prioritized security/education exchange programs, as well as collaboration in technical matters, economic initiatives, and aid and mutual trade.

Since the foundation of Israel in 1948 more or less coincides with the independence of African nations, explicit diplomatic relations did not exist. Upon the independence of numerous African nations beginning in the 1950s, one of the first countries Israel launched diplomatic ties with was Ghana. Political relations with Ghana started in the mid-1950s, becoming official with the opening of a diplomatic mission in Ghana through the socialist international. Following this, convergence with the Ivory Coast, Nigeria, and Sierra Leone began with the beginning of the 1960s. Media in this era described the political and economic relations between these countries and Israel as the “oddest unofficial alliance in the world.” Along with Israel opening diplomatic missions in 32 African countries in the 1960s, the presence of 1,800 Israeli experts actively working in different sectors throughout the continent are also among concrete examples of early Africa-Israel relations. Despite Israel’s efforts to hold on in Africa, tensions between Egypt that resulted in the Six Days War caused a positive era — however limited — to come to an end.

One of the major factors limiting ties was that independence movements across the continent identified with the Palestinian cause. Although Israel’s influence in Africa weakened after the 1973 Yom Kippur war, it did not come to an end. As the continent’s focal points shifted, especially in 1974, relations with the Apartheid regime in South Africa were boosted and a new era began with political, economic and military cooperation with Kenya, the Democratic Republic of Congo, Ethiopia, and Angola. There was also an effort to rebuild relations with Nigeria, Ghana and the Ivory Coast due to their rich natural resources. One significant indicator in this period was that more than 30% of weapons produced in Israel were exported to Africa. One of the most important developments in this period in Israel-Africa relations was the peace agreement between Egypt and Israel in 1977. This agreement facilitated Israel’s strides into Africa in the 1980s and 1990s. However, Israel was hard-pressed to open new areas of influence on the continent after the First Intifada erupted and the Palestinian cause consolidated, gaining wide resonance among Africans, though Israel still preserved its existing political and economic clout.

Three basic dynamics have impacted Israel-Africa relations from the 1990s until the mid-2000s. First, the 1993 Oslo Accords, which recognized the autonomous Palestinian State, contributed — however slightly — to the opening of a new era in Israel-Africa relations, lifting the political barrier blocking of Israel’s expansion policy to Africa. Second, the collapse of the Apartheid regime in South Africa and Nelson Mandela’s rise to power forced the Israeli ambassador there to leave the country. Third and last, the collapse of the U.S.S.R. made the U.S. the only influential actor on the continent for a period, paving the way for normalization of relations with Israel on the African side.

In light of these positive and negative developments for Israel, the establishment of bilateral ties towards the end of the 1990s with Sierra Leone, Ghana, Eritrea, Nigeria, Ethiopia, the Democratic Republic of Congo, Kenya, Cameroon, Angola, Liberia, South Africa (in the later period) and South Sudan (following secession from Sudan) are among the significant turning points in Israel-Africa relations within the web of political, economic and strategic interests. The 2000s brought the rise of right-wing politics in Israel, along with decisions to build new settlements in Palestine, ramping up the occupation. This constituted a political barrier for Israel in building a sustainable and long-lasting foreign policy in Africa. These barriers manifested in Israel’s Africa policy as Tel Aviv being limited to acting in the region through intermediaries or third parties. Since 1956, Israel had conducted its relations with the continent through the U.K., U.S. and Socialist International. There is no doubt that now, it has switched to Egypt, the United Arab Emirates (U.A.E.) and Saudi Arabia as intermediaries in the context of its new strategy of negotiating in the region.

Among Israel’s foreign policy priorities, which are as important as its political, economic and military aims on the continent, is building or rebuilding ties with countries with which its relations had either been suspended or non-existent. One of the main reasons for this is that the only African countries to vote in favor of Israel in the UN vote on the U.S.’s 2017 Jerusalem proposition were Togo and South Sudan. Israel started to take the African countries’ strategic important much more seriously after this, as 54 of the world’s 194 countries are located in the continent and thus represent an important voting bloc in international organizations. For this reason, restoring relations with Arab and Muslim-majority North African countries and Muslim-majority Sahel countries through intermediaries now became one of Israel’s priorities. The U.A.E. has emerged as Israel’s diplomatic arm in its sordid web of relations in Africa. Libya and Sudan are among the top examples of the U.A.E. using its economic influence as a bridge between African countries and Israel. Israel’s efforts to increase its influence in Libya through the U.A.E.’s strong support for putschist Khalifa Haftar and the fact that the U.A.E. is behind the Netanyahu-Burhan meeting in Uganda — key to normalizing relations with Sudan — can be counted among concrete examples.

The future holds the role and success of the U.A.E. in acting as an agent for Israel’s suspicious actions in Africa, serving as a bridge in its political, economic and strategic moves and drive to open political room for Tel Aviv to repair or advance ties with North African countries such as Morocco, Tunisia, Libya, Algeria, as well as Sudan, Chad, Niger, Mali, and Mauritania, as the latter cut its relations with Israel in 2010. In this sense, the impact of Netanyahu’s lobbying efforts in the U.S. in favor of Morocco on the recognition of Western Sahara will gain more clarity.

[The writer is a researcher in Africa Research Center (AFAM) and deputy coordinator at Africa Coordination and Education Center (AKEM).]